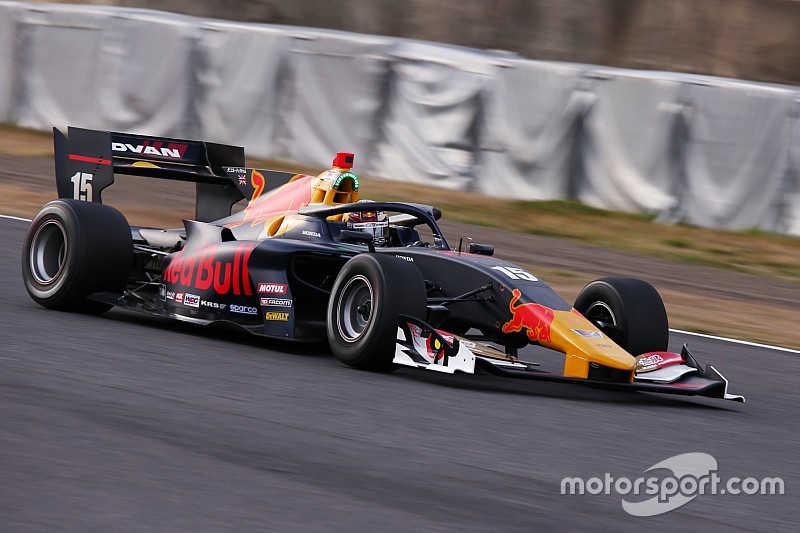 Red Bull Formula 1 junior Dan Ticktum admits that it would be “unrealistic” for him to challenge for the Super Formula title in 2019.

Ticktum will contest his first full season in Japan’s premier single-seater category this year after making two appearances in 2018 for Team Mugen alongside his primary campaign in European Formula 3.

But the 19-year-old, now part of Mugen's full-time line-up and fifth-fastest in this week's Suzuka test, feels he can only target race wins at best this year.

“I think a lot of people are expecting me to do something very special so I have a lot of pressure,” said Ticktum.

“To win [the title] will be very, very difficult and perhaps maybe unrealistic for the first year. But I think towards the end of the year maybe I can start to win some races.

"But I just feel like there is a lot of pressure and I really don’t have enough time to learn everything.

“It’s very, very difficult thing. You can never underestimate that so I’ll have to work as hard as possible with the team.

"I have a good team, good engineers. That will be my target, just to keep improving through the year.”

The British driver got his first opportunity to test the new SF19 car at Suzuka this week, and said he was impressed with the car's low weight, despite the addition of the halo cockpit protection device.

“I’ve really enjoyed getting back in the car over here in Japan,” said Ticktum, who also made a one-off outing in F2 at the end of last year in Abu Dhabi.

“Some obvious improvements from the SF14 to the SF19, the car’s got a lot more downforce. So for me it’s really nice to be honest to drive.

"What’s good is that they added the halo but the weight did not increase too much. So the car is still quite light. If you compare it to F2, it’s a lot lighter. To drive it, it feels quite good. So to that respect I'm happy.

“I think I do not have a lot of experience driving cars this quickly. It could be difficult for me this year but I’ll try to improve more and more throughout the year.”

Markelov "struggling" to shake off F2 tyre mentality in Japan