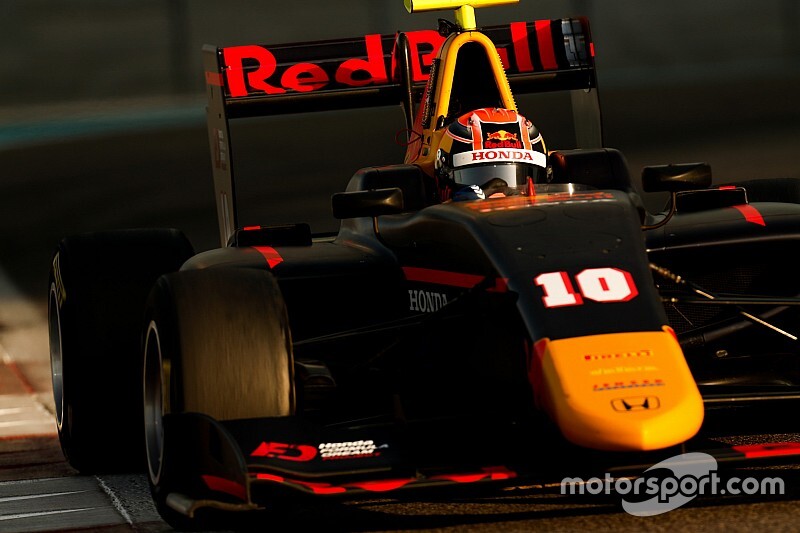 Red Bull has officially revealed plans for its new-look junior programme in 2019, confirming Super Formula moves for Dan Ticktum and Lucas Auer as part of a tie-in with Honda Formula Dream Project.

Ticktum, who finished runner-up in European F3 to Mick Schumacher and secured a dominant second Macau Grand Prix win this year, has been long regarded as the programme's likeliest next F1 driver.

He did not have the sufficient superlicence points to graduate in 2019, however, and will forgo moving to the next step in FIA's junior ladder – FIA F2 – in favour of a Super Formula switch with Mugen.

The Briton, who is to line up alongside Tomoki Nojiri, is currently taking part in the series rookie test at Suzuka, and had a crash late in the opening day of running.

As reported earlier by Motorsport.com, Auer will join Ticktum in representing Red Bull in Super Formula, and is likewise present at the rookie test.

The nephew of grand prix winner Gerhard Berger, Auer tested with Force India in F1 and has won races for Mercedes in the DTM – but was left without a drive for 2019 due to the Silver Arrows pulling out of the German series.

The Austrian, who has been made an official part of Red Bull's junior programme, will link up with the new joint operation between Motopark and B-Max in Japan.

Vips, who had his first outing as a Red Bull-backed driver in Macau, will join Hitech's line-up in the new FIA F3 series.

Honda-backed Tsunoda, who showed frontrunning pace in GP3's post-season testing in Abu Dhabi with Jenzer, will continue with the Swiss team in making the switch to FIA F3, while also linking up with Motopark in European F3's DTM-supporting successor Formula European Masters.

Both the planned Super Formula campaigns and Tsunoda's addition align Red Bull's programme closer with its Formula 1 team's new engine supplier Honda, which has been part of the Japanese manufacturer's plans for next year.

Red Bull said it would reveal more details on its activities in the “coming weeks”, which will entail announcements of 2019 plans for Jack Doohan, Dennis Hauger, Jonny Edgar and Harry Thompson – the four young drivers who made up its late-2017 intake.

No mention was made, however, of American racer Neil Verhagen, who was part of the RBJT roster this year as he finished 11th in Formula Renault Eurocup.

More than half of Raikkonen Haiku books sold

Grosjean: I wouldn't forgive myself for another slump