Formula E-bound Nick Cassidy says he is open to the possibility of returning to Japanese racing once travel restrictions subside.

Cassidy revealed ahead of the start of the 2020 Super Formula campaign that he would be bowing out of the series after securing a FE seat with Envision Virgin Racing for 2021.

The New Zealander had initially hoped to combine his new role with a full- or part-time campaign in SUPER GT with TOM'S, but ongoing uncertainties with travel restrictions due to the global health crisis have put paid to those ambitions.

However, Cassidy has not ruled out the prospect of one day returning to either Super Formula or SUPER GT alongside FE if the conditions are right.

He pointed to the example of former Mahindra FE racer Felix Rosenqvist, who was able to dovetail his drive in the all-electric series with a season in Super Formula in 2017 and then a SUPER GT campaign the following year, both with Team LeMans.

"I always wanted to keep racing in Japan and combine racing in Formula E with racing in Japan," Cassidy told Motorsport.com. "But the thing that makes that difficult now is travel.

"I hope when the situation with travel changes, I'm able to come back. I want to leave that possibility open because I've enjoyed my time here.

"I look at someone like Felix Rosenqvist, he was able to do both Formula E and Super Formula or SUPER GT. It seems like the perfect programme."

Cassidy bows out of Super Formula with three race wins to his name and the 2019 drivers' title, while he also contributed to teams' titles in 2018 (Kondo Racing) and this year (TOM'S).

The 26-year-old also took the 2017 SUPER GT title alongside Ryo Hirakawa at TOM'S and the pair only narrowly missed out on a second crown the following two years.

Reflecting on six years racing in Japan that began with his title-winning 2015 All-Japan Formula 3 season, Cassidy said he was "proud" to have always fought for the championship in almost every season he has contested in both Super Formula and SUPER GT.

"For sure I've learned a lot, I think in some ways I hope the team has learned a lot as well," he said. "At both TOM'S and Kondo Racing, the level increased with the things that I brought to the team. I am proud to have been able to contribute to that.

"I'm quite proud because I think I can do my best performances under high pressure. That's turned into one of my strengths as a driver and I hope to keep that for the rest of my career." 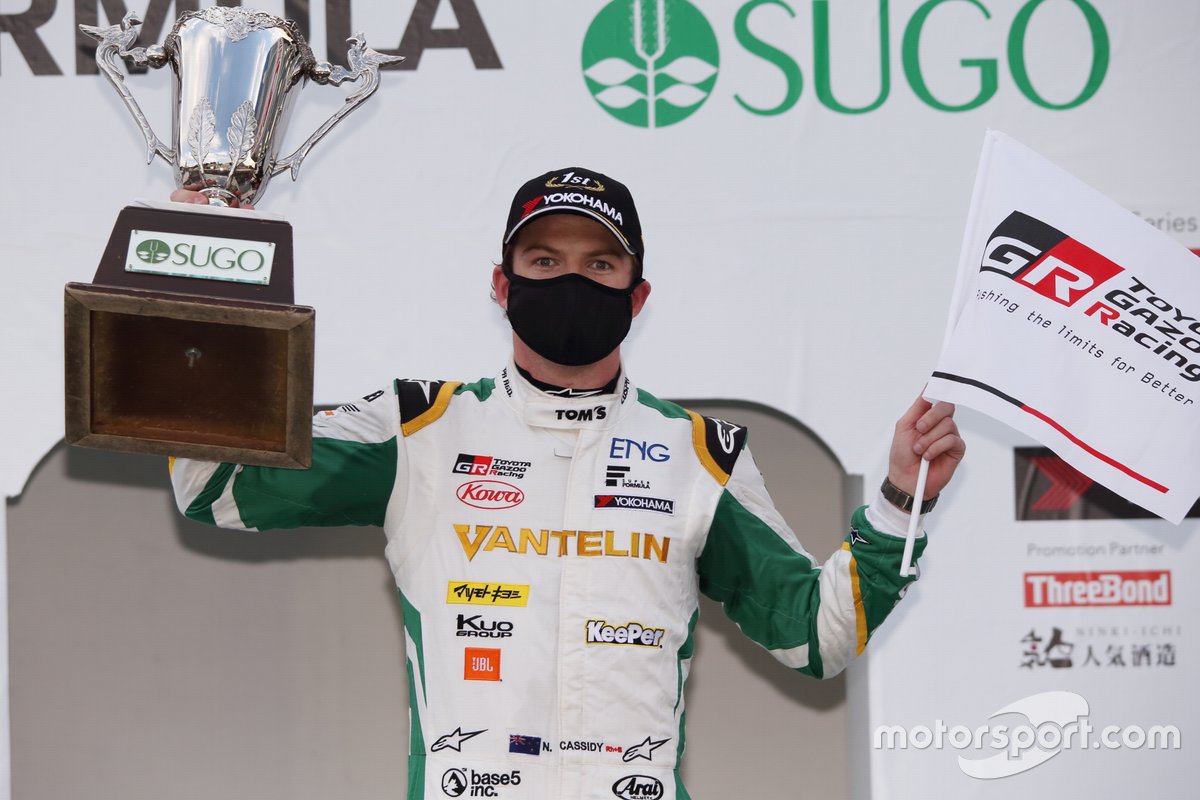