Leading Super Formula drivers have called for changes to be made to the Autopolis circuit following this month's rain-shortened race.

For the third time in four years, the Autopolis race was disrupted by bad weather, with heavy rain and fog eventually causing the event to be called off after only 13 of 42 laps completed.

That followed the 2018 running being cancelled altogether in not dissimilar conditions, and qualifying for the 2019 race having to be shifted to Sunday morning due to poor weather.

Speaking after qualifying, which was delayed and shortened to a standard 40-minute session due to the heavy rain, Yamamoto called on the Oita Prefecture track to do more to alleviate the track's tendency for large amounts of standing water to gather on the surface.

"There are some things that need to be improved, but the track itself is problematic. It's not a problem on the straights, but because of the steep gradients, 'rivers' can form easily.

"As soon as you hit a 'river', you slide off the track. If there's no 'river', we can drive with more rainfall.

"I spoke to the clerk of the course and they are trying to improve the drainage, but the slope is so steep that this wasn't enough and 'rivers' still formed. It's a waste and they need to do something about it." 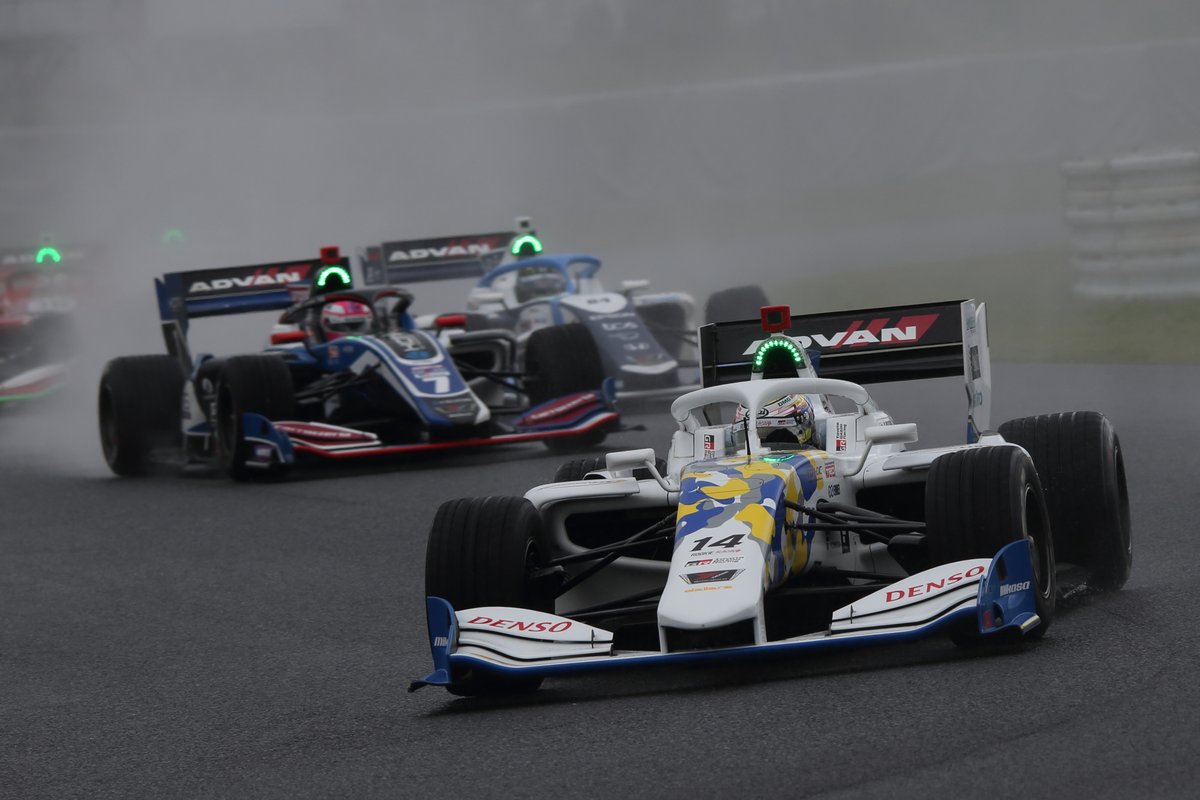 He also said that consideration should be given to moving the race away from its traditional May slot, citing last year's race held in November due to COVID-19's impact on the schedule.

"Sugo used to be really bad for drainage, if it rained there would be big puddles everywhere," Hirakawa told Motorsport.com. "But they improved it by digging many small grooves in the track and it was ok.

"Two years ago, there was a wet race in SUPER GT, and it was no problem. But here, it’s always a big problem. They have to do something to improve.

"Secondly we have to change the schedule. May is rainy season in Kyushu, so it happens almost every year. They need to change it, and then there’s no problem. Last year we had great weather [in November]."

"I think we have to consider holding the race when there is a higher probability of good weather," Nojiri told Motorsport.com. "There are some people in Kyushu who can only come to Autopolis, so for this to happen takes the fun away for what could be their only visit to a circuit all year."