Giuliano Alesi has been officially unveiled as one of three drivers in an expanded TOM'S line-up for the 2021 Super Formula Lights season.

Kotaka stays on for a third season in what used to be known as All-Japan Formula 3, having finished third in the standings last year behind Ritomo Miyata and Sena Sakaguchi - both of whom are stepping up to Super Formula for 2021.

Alesi is taking on a double programme in Japan this year, as he will also contest SUPER GT's GT300 class with Toyota Team Thailand.

The Frenchman will partner Sean Walkinshaw at this weekend's official pre-season test at Okayama and is set to participate in at least the opening part of the season in the absence of Thai racer Nattapong Hortongkum due to travel restrictions.

TOM'S has also revealed its liveries for the 2021 Super Formula and SUPER GT campaigns, unveiling a new sponsor for the former category.

Kuo Group, which is the title partner of the TOM'S SF Lights team, will share the naming rights for the TOM'S Super Formula outfit with previous main backer Vantelin.

Miyata stays with TOM'S for his step up to Super Formula, replacing 2019 series champion Nick Cassidy as teammate to Kazuki Nakajima.

In SUPER GT, mobile phone service provider au stays as the main sponsor for the #36 car shared by Yuhi Sekiguchi and Sho Tsuboi, while the #37 car of Ryo Hirakawa and Sacha Fenestraz will be again backed by car care product company KeePer. 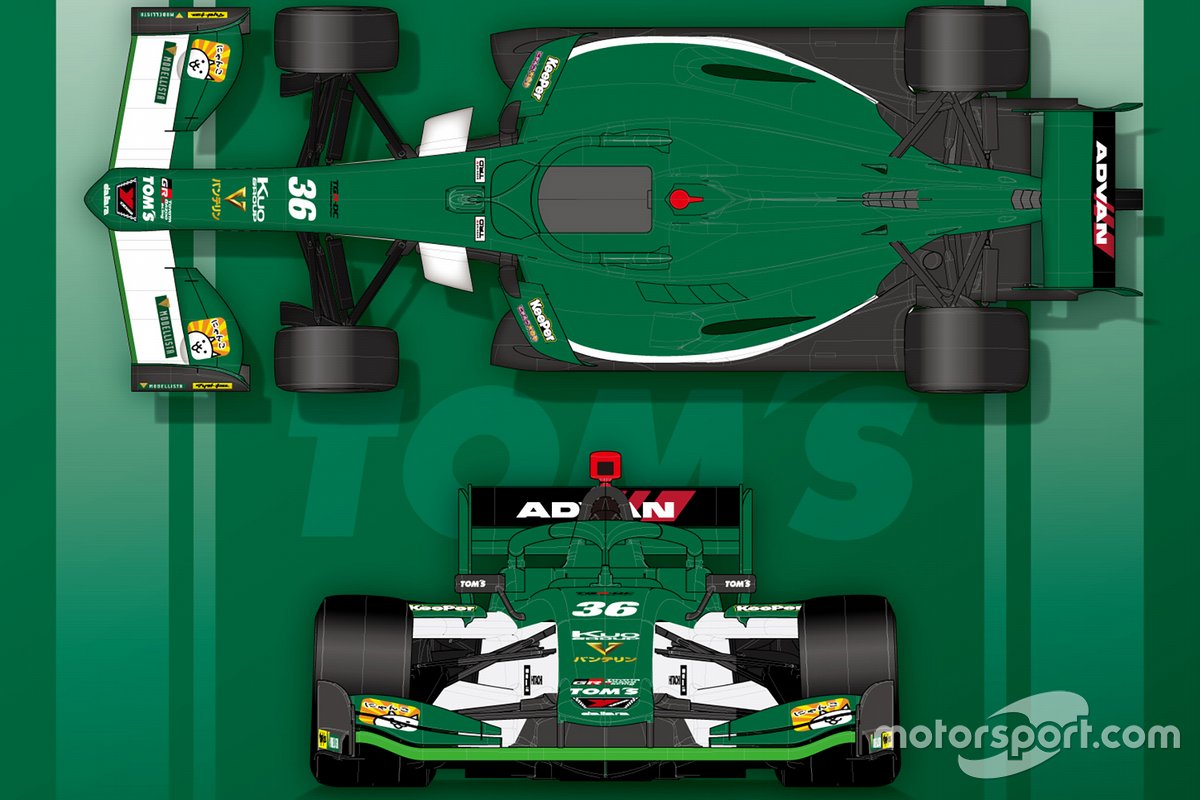