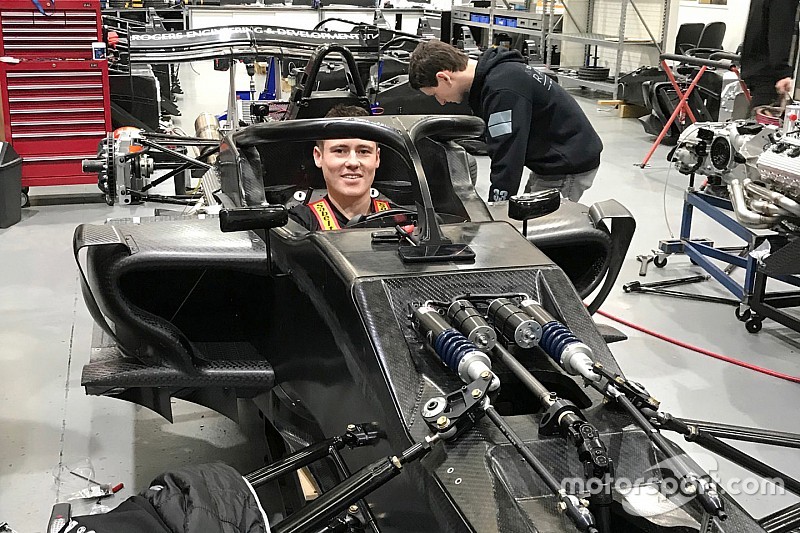 Supercars race winner Richie Stanaway will test an S5000 car at the Winton Raceway on Thursday, marking his first appearance in open-wheel machinery since he competed in the GP2 series in 2015.

Stanaway will share one of the 560 bhp, V8-powered S5000 cars with his Supercars teammate James Golding in a test organised by Garry Rogers Motorsport.

GRM will use this test to determine whether Stanaway is fit enough to make a return to competitive motorsport at the Bend Motorsport Park next week.

The 27-year-old has been sidelined from action since the second Supercars race at Winton in May after aggravating an injury sustained in a nasty Formula Renault 3.5 crash at Spa in 2012.

“Looking forward to getting back in a car and making sure my neck has recovered as expected,” said Stanaway.

"I've obviously been out of a Supercars seat for a while. My rehabilitation has gone well and I feel that I'm ready to get back into it, but both the team and I want to make sure that I am fully fit before committing to The Bend and beyond. The S5000 test will definitely let all of us know if I'm ready or not.

"I haven’t driven an open wheeler since my last GP2 race in 2015 so I’m looking forward to getting back in one and seeing how it feels and hopefully I can contribute somewhat to the development of the new car.”

GRM has been tasked with building the S5000 cars and Thursday’s event will mark the first time a test has been held with the final specification of the vehicle, with all previous running having taken place with Valvoline-liveried prototype chassis.

“This is an important test for our S5000 program as we work towards the Sandown debut of S5000,” said team principal Garry Rogers.

“With all of the lessons that we’ve learned from the prototype chassis, we’ll get a chance to give another car a run. We are confident that there will be very few, if any teething problems and our drivers will be able to get down to a lap time quickly.

“Both Richie and Jimmy (Golding) are very experienced drivers in all manner of cars. I think they are going to really enjoy the experience.

“Obviously, the test also gives us a chance to have a look at Richie’s health and fitness and see if he is ready to jump back into his BOOST Mobile Supercar for The Bend and beyond.”