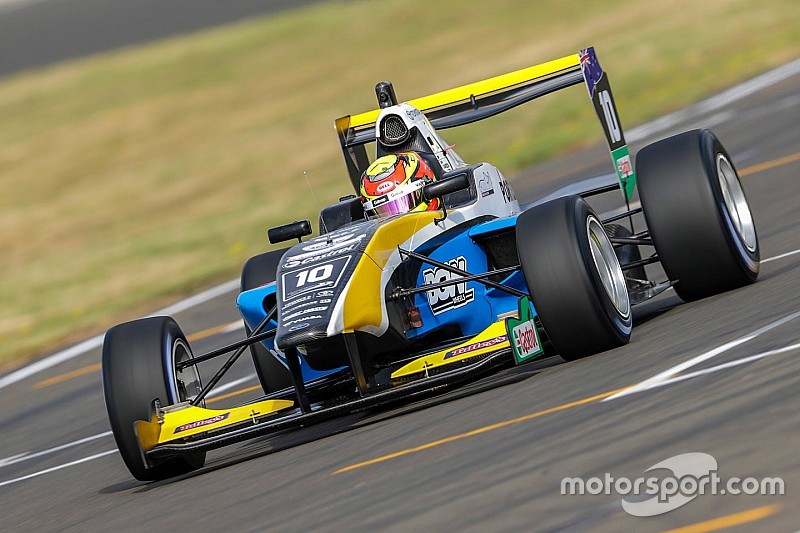 M2 Competition driver Lawson sat six points ahead of Armstrong heading into the final race of the season at Manfeild, and lined up second on the grid alongside ex-DTM driver Lucas Auer.

Despite struggling with starts all season, Lawson made the perfect getaway to take the lead off the line, with Armstrong slotting into second. The order would remain the same until after the second of three red flag periods that disrupted the race.

Armstrong pulled alongside teammate Lawson and the two ran side-by-side for a number of corners. Lawson was eventually forced wide, running onto the grass and dropping back to fourth.

Another red flag period postponed Lawson's recovery, but he was immediately on the attack when racing resumed. He ran three abreast with Esteban Muth and Brendon Leitch, sweeping past both to take second and reel in Armstrong.

But, as he began to do so, stewards issued Armstrong with a five-second time penalty for the earlier move, and the Prema FIA F3 driver was only able to take the chequered flag by 2.4s.

That meant it was 16-year-old Lawson who claimed both the race win and the TRS title as a rookie by 10 points from fellow Kiwi racer Armstrong.

A five-second penalty for Muth handed the final place on the podium to Toyota junior Kazuto Kotaka, with Raoul Hyman and Leitch completing the top six.

Single-seater returnee Auer held on to third in the TRS standings by two points from Hyman, but his NZGP was cut short when he was involved in a multi-car pile up.

The high rate of attrition meant only eight drivers reached the chequered flag, with 77-year-old Kenny Smith rounding out the field in his 46th NZGP.