Ross Chastain to run full Xfinity schedule with Ganassi in 2019 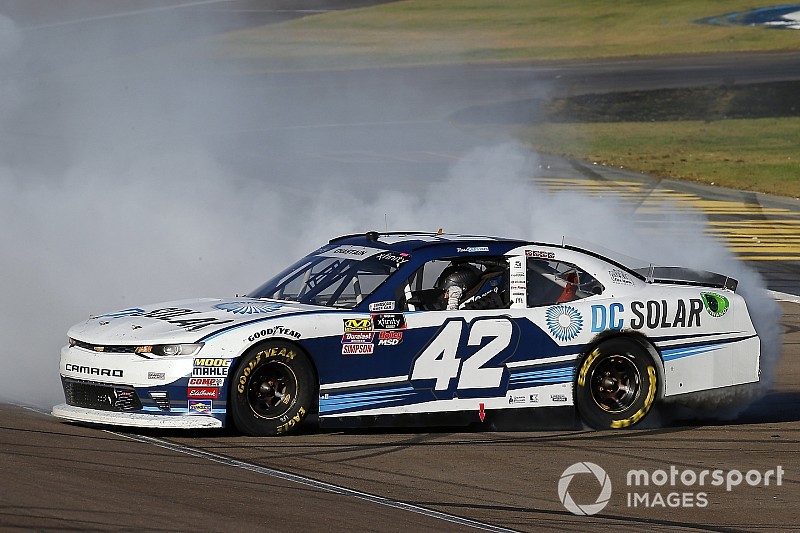 On Friday at ISM Raceway, Chip Ganassi Racing revealed that DC Solar will continue their partnership with the team next season in an expanded role that will include Ross Chastain driving the car full-time.

“DC Solar is a great example of partnership," said Ganassi. "Since coming to our organization, both of our teams have worked together to build a platform that is beneficial to their business. When we first talked about putting Ross in the car this year, this was something that Jeff [Carpoff, CEO and founder of DC Solar] and Paulette felt strongly about and Ross made the most of the opportunity running well in all three races and bringing home a win and a runner-up finish. We are looking forward to him continuing that success in 2019 and competing for his first NASCAR Xfinity Series Championship.”

Chastain, 25, made his first start behind the wheel of the No. 42 at Darlington Raceway earlier this year. It was an impressive showing with the young racer earning pole and winning the first two stages before colliding with Kevin Harvick as they battled for the race win, crashing out. He rebounded in his second appearance with CGR at Las Vegas Motor Speedway, dominating the race en route to his maiden Xfinity Series win. In his third and final start at Richmond Raceway, he finished runner-up to Christopher Bell.

“I’m an eighth-generation farmer from Florida who was fortunate enough to get a shot in top-flight equipment. I’m incredibly grateful to everyone, especially my family, who helped me get to this point," said Chastain. "I’ve had a great run with Johnny Davis Motorsports and it’s obvious I wouldn’t be in the position I am today without Johnny’s support. I have been racing everything that I can since breaking into NASCAR seven years ago.

"Until DC Solar and Chip gave me a shot in Darlington, nobody knew who I was. I want to remain humble. I enjoy being the underdog. Excited or thrilled doesn’t begin to capture how I feel about joining CGR full time. I’m eager to take full advantage of the opportunity in front of me. The obvious goal is to win races, compete for an Xfinity Series championship and represent DC Solar to the best of my ability.”

He currently sits ninth in the championship standings while back in his regular role as a driver for JD Motorsports.

Chastain has also competed in most of the Cup schedule this year and will do so again with Premium Motorsports in 2019.

Carpoff added: “DC Solar is excited to continue its partnership with CGR, and we're extremely proud to sponsor Ross during the 2019 NASCAR Xfinity season. From the moment I met Ross, I knew there was something special about him, so the decision to support him came easy. Witnessing his raw talent, as well as his humility and gratitude for the opportunity, only confirmed that he would be a great representative for the DC Solar brand."