Truex: "One mistake probably cost us a shot at it" 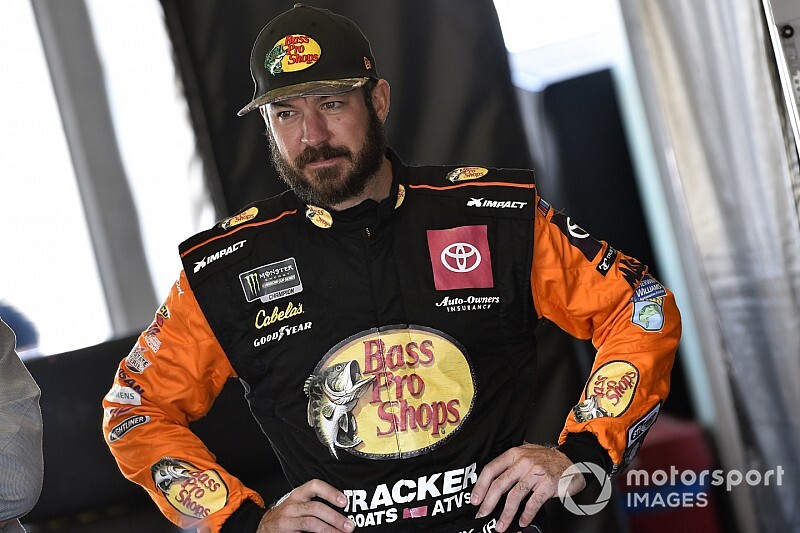 It was a very uncommon mistake for a championship-caliber team, but it may have cost Martin Truex Jr. his chance at the 2019 NASCAR Cup Series title.

Martin Truex Jr. had established early in Sunday’s Ford 400 at Homestead-Miami Speedway that his No. 19 Toyota was capable of winning the race and giving him his second series title.

He won the first stage while leading 59 of the 80 laps and was leading in Stage 2 when teams began a round of green-flag pit stops. Shortly after Truex left pit road he noticed his car had suddenly become very tight.

Truex’s team soon realized they had mistakenly put the left-side front tire on the right and the right on the left.

Truex was forced to pit again under green on Lap 123 of 267 for new tires. Once he returned to the track, he was running 13th and one lap down.

“I’ve never had that happen. I don’t even know what to say,” Truex said. “It doesn’t drive good with the left-front on the right-front, though, I can tell you that. It’s very tight.”

Thanks to a late caution, Truex was able to receive the free pass and return to the lead lap before the conclusion of the stage. But he had lost valuable track position that proved very difficult to overcome in the final stage.

Following a round of green-flag stops in the final stage, Truex was able to cut Kyle Busch’s more than 8-second lead briefly to under 4 seconds but could get no closer.

“Ultimately it was the loss of track position that bit us. We restarted the third stage in third, and really wish I could have been either second or fourth. I got blitzed on the outside by (Erik Jones) and (Joey Logano) and a couple of those guys,” he said.

“Then, I had to just run the crap out of my right-front to get back by them, and I got tight on that run, and it took me forever to just get by a few cars. I felt like if I could have been up front and controlled the race, I could have drove away from them.

“At the end we were quite a bit quicker, but it was too much of a gap. Yeah, it’s part of the deal. You’ve got to be perfect, you know, and one mistake probably cost us a shot at it.”

It’s the second consecutive season Truex has finished runner-up to the season champion in the season finale.

Truex ended the year with eight wins – the most of any driver – and 15 top-five and 24 top-10 finishes in 36 races. He led the second-most laps behind Busch.

“These things don’t come around every day. Second two years in a row definitely stings a little, but the fact that we have one (championship) is still really a big deal. It’s hard to win these things,” he said.

“Congrats to Kyle and the No. 18 guys. It’s a huge accomplishment just to get here I feel like. Yes, sometimes you win, sometimes you don’t. It just wasn’t our day.”

Hamlin: "I don't think I could have done a better job"