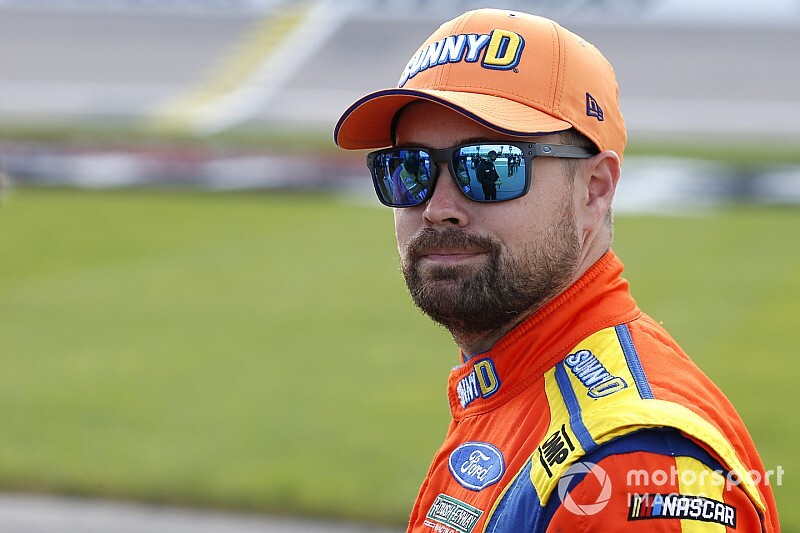 Ricky Stenhouse Jr. seems just as surprised as everyone else that he will not be back with Roush Fenway Racing in 2020.

After 11 years with RFR, Stenhouse learned of his termination just before it became public on Wednesday of this week. He will be replaced in the seat by Chris Buescher.

“Yeah, pretty blindsided (by the news)," admitted Stenhouse while speaking to reporters at the track on Friday. "Obviously, eight races left or whatever we have left is pretty late in the game. Halfway through the season would have been a little nicer to be able to go look for something else to do, but it’s their business and I’ve got to go with it. Like I said, no hard feelings. I’ve been angry at times, but, for the most part, I look back on all of it and I’m super-thankful.”

Stenhouse, who won back-to-back championships in the NASCAR Xfinity Series, would like to remain at the Cup level next season but is "open to anything" with limited options available right now.

It's been a roller coaster of emotions for the 31-year-old driver, who says he went from being "angry, sad, optimistic, (and then) looking forward.

"Sometimes change is good and like I said it just didn’t work. It hadn’t been working over the last couple years. We’ve had speed, we just haven’t had consistent finishes. I think that’s what sucks for myself is I feel like we’ve had plenty of speed to get the job done, it’s just a lot of things came down to us not getting those results. Ultimately, that’s what we’re here for is results and they weren’t coming.”

Stenhouse currently sits 23rd in the championship standings with just one top-five and two top-tens. Teammate Ryan Newman has outperformed him consistently in 2019 and has a shot of advancing into the second round of the 2019 playoffs.

He spoke with team owner Jack Roush about the situation on Thursday, saying, "I waited to have that conversation with Jack because having it Wednesday probably wouldn’t have been a good idea, but Jack and I, we’ve had some knockdown-drag outs in the 11 years we’ve had together, but it was a good conversation. I thanked him for all the good times and the fun times that we had and look forward to see what’s next.”

Stenhouse has not yet had any conversations with other teams yet but his agent has been "talking to everybody. He's trying to figure that out."