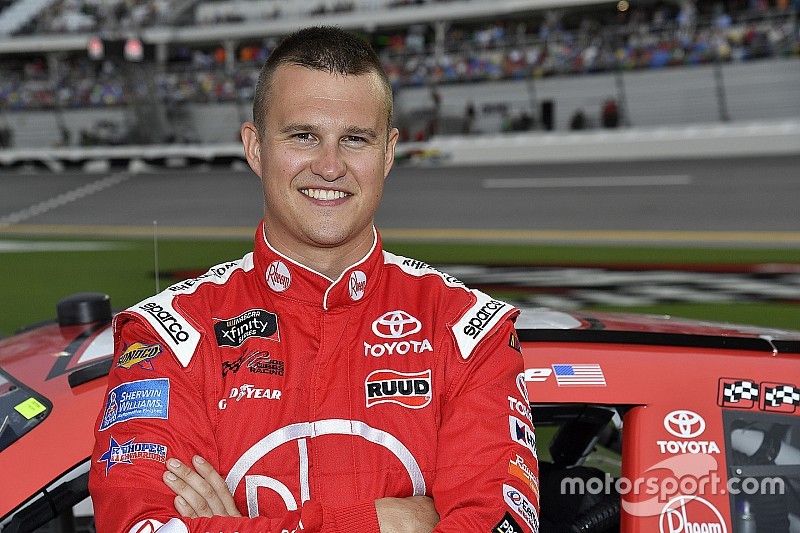 Ryan Preece’s long road to a full-time ride in the Monster Energy NASCAR Cup Series has finally reached its pinnacle.

JTG Daugherty Racing announced Friday at Charlotte Motor Speedway that it has signed Preece to a multi-year contract to drive the team’s No. 47 Chevrolets in the Cup series beginning next season.

Preece will replace A.J. Allmendinger, who is leaving the organization at the end of the 2018 season.

“Tommy Lasorda says, ‘The difference between impossible and possible lies in a man’s determination,’ and I feel that JTG Daugherty Racing has just that,” Preece said in a statement. “It’s been many years of fighting for opportunities to compete and win races at NASCAR’s highest level, and it is nice to officially say that JTG Daugherty Racing is my new home for 2019.

“I look forward to not only racing, but working with the team as well to build speed and create a name for myself here. I can’t thank Tad and Jodi Geschickter, Brad Daugherty and Gordon Smith enough for the opportunity.”

In nine Xfinity races this season with JGR, Preece has one win, four top-five and six top-10 finishes. He has made a total of 49 series starts and two career wins. He also made five starts in the Cup series in 2015.

“We’re really looking forward to having Ryan join our team for the 2019 season,” team co-owner Tad Geschickter said. “Ryan has an impressive list of accomplishments in the NASCAR Xfinity Series and the NASCAR Whelen Modified Tour and is now being given a great opportunity to compete at NASCAR’s highest level full-time.

“We really believe in him and think he’s a great addition to the team.”