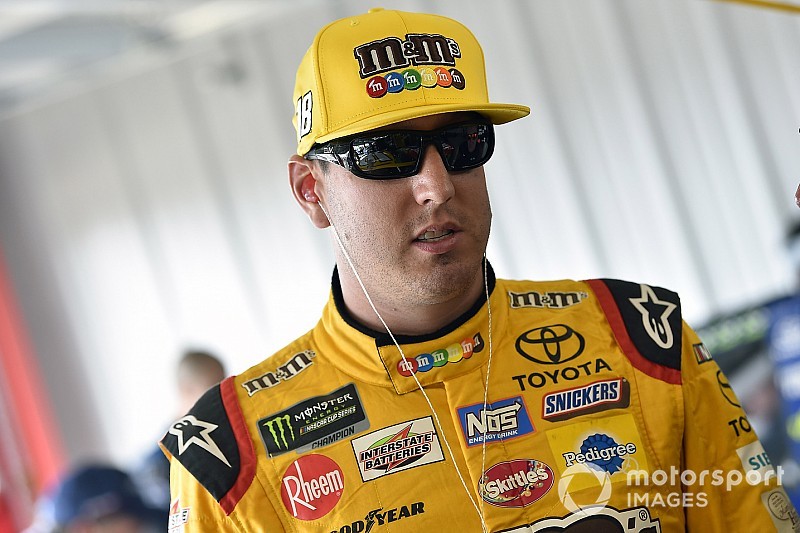 Busch was also among the many victims of a penalty during the 50-minute session for driving through the frontstretch or backstretch chicanes. Each driver that did so had that lap time disallowed and had to make a pass-thru penalty on pit road.

Daniel Hemric, entered as a third team this weekend by Richard Childress Racing, was fourth-fastest and Clint Bowyer completed the top-five.

Early into the session, Darrell Wallace Jr. went for a spin in the infield course but continued on. Wallace ended up spinning at least three times in the session.

Aric Almirola went off-course in Turn 3 early in the session and hit the tire barrier, doing some damage to his No. 10 Ford.

Denny Hamlin’s No. 11 Toyota also suffered some damage after he ran over the blue “turtle” curbs designed to keep drivers on the course in the chicanes.

Ricky Stenhouse Jr. also spun and hit the tire barrier in Turn 3, doing damage to his No. 17 Ford.

Austin Dillon’s No. 3 suffered a lot of left-front damage after he slammed into the tire barrier exiting the backstretch chicane.

Daniel Hemric to replace Newman at RCR in 2019