Ross Chastain believed he had a top-five car on Sunday – it just took a long while to show it.

Chastain started 19th in Sunday’s Ally 400 at Nashville (Tenn.) Superspeedway and fought for track position through the first two stages, including having to return to the rear of the field after getting penalized for speeding on pit road on Lap 44 of 300.

On Lap 220, Chastain’s No. 42 Chip Ganassi Racing Chevrolet team made the call to have him stayed out while several other lead-lap cars pit. He quickly lost the lead to eventual winner Kyle Larson but was able to put himself into the top-10.

By the end of the 68-lap green-flag run to end the race, Chastain’s No. 42 Chevrolet was the best it had been all race. With six laps remaining, he moved up to second, where he finished 4.335 seconds behind Larson and cemented his career-best finish.

“Really good. To come to a 750 hp track – lifting, sliding and moving all over the race track trying to get forward drive, it was really good,” Chastain said.

The runner-up finish is just his second career top-five in the Cup Series, both coming in the last four races. He also has three top-10 finishes during that span and has cracked the top-20 in the series standings. 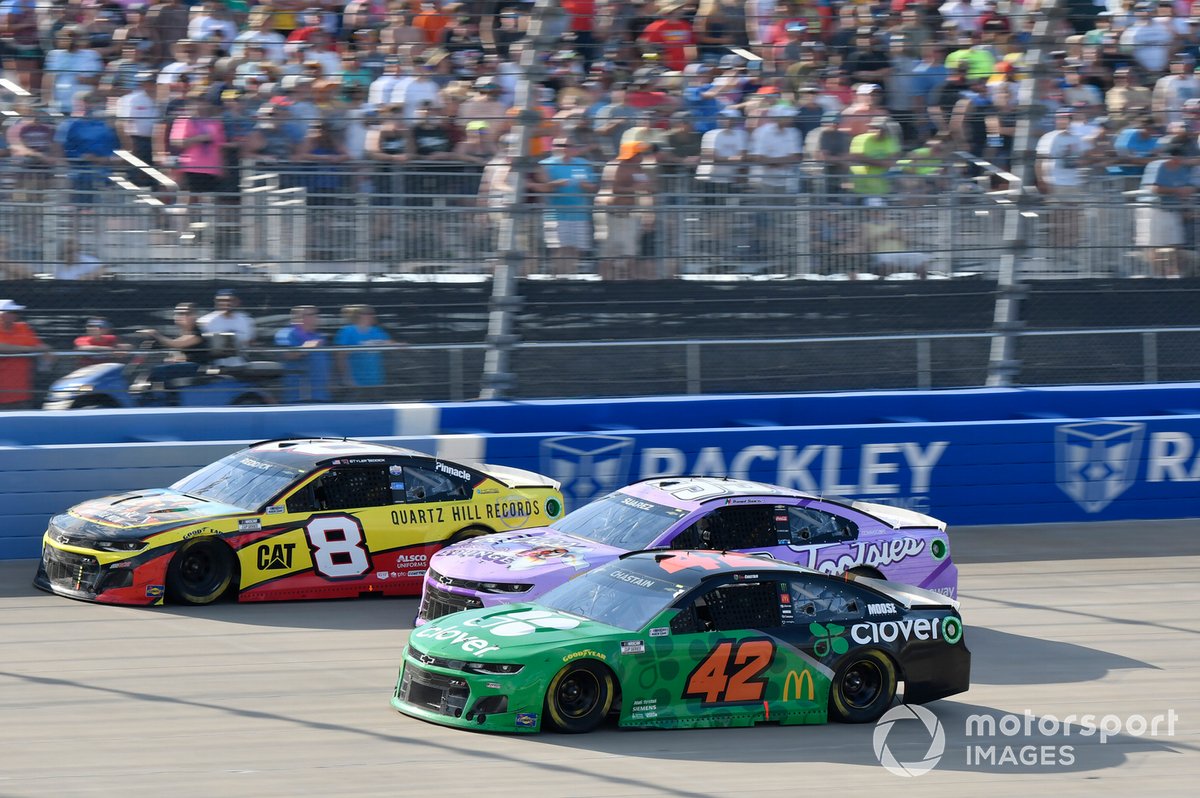 “It’s finally on a circle track, that’s all I’m happy about. I’m happy about the road courses, I just don’t really know why it’s happening. Here, I know why,” Chastain said.

Chastain, 28, said he believes his team is finally start to capitalize on its potential this season.

“I felt like we had a top-five car all day. This group is building, we are getting speed in these race cars where I can drive them. We even had speed when I was hanging on and then once we got the rears settled down in the track – it really got where I could drive it.

“It was really good.”