Despite pandemic, NASCAR Cup Series is now back on schedule 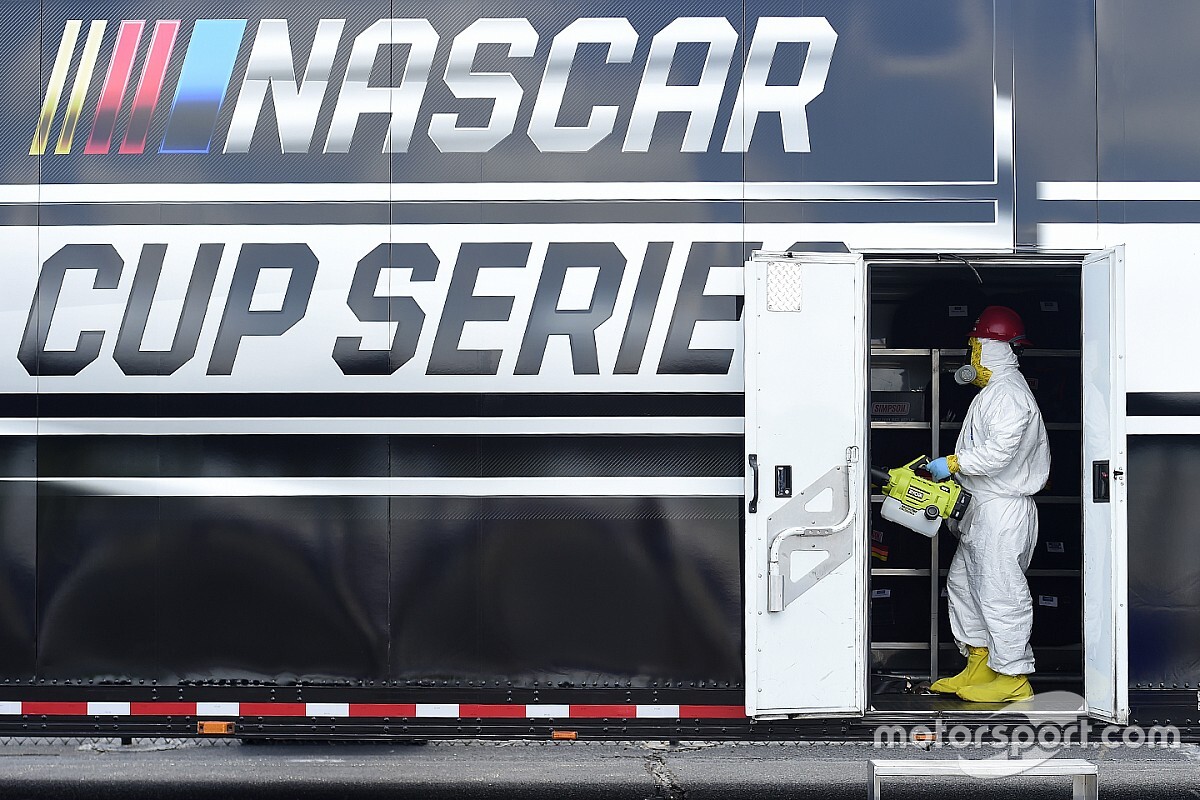 NASCAR reached an important milestone on Saturday for its Cup Series, one that didn’t seem possible five months ago

With the completion of Saturday’s first of a doubleheader weekend of Cup events at Dover (Del.) International Speedway, NASCAR’s premier series is now back on its original 2020 schedule for the remainder of its season.

In other words, the Cup series has now made up every race that it missed when the COVID-19 pandemic put a two-month hiatus on the sport in mid-May.

Sunday’s second race of the Dover doubleheader will be the season’s 25th race – exactly where the schedule should be had the pandemic never took place.

There is no other professional sport in the country which was underway when the pandemic started that can boast it has made up every missed event.

“It’s been a huge deal for all of us,” said driver Martin Truex Jr., who finished runner-up to Joe Gibbs Racing teammate Denny Hamlin on Saturday. “To think we took off two months of the season, with the playoffs coming up in just two weeks, we’ve made up the whole schedule, two months’ worth of races.

“I think it’s been great to not have to extend the season and go further on into the winter. Just hats off to everyone. It’s not easy, I don’t think, to prepare cars and turn them around for two, three races a week, doubleheaders, all that.

“The teams have really done a good job, mine included.”

Adjusting to the new normal

In the three months since NASCAR restarted its season a lot has changed.

In all three of its national series – Cup, Xfinity and Trucks – no practices or qualifying are held on a race weekend. The primary goal is to get the races in, and that’s been accomplished thanks to doubleheaders and mid-week races.

When local health authorities have allowed, small numbers of fans have been allowed to attend some races with social distancing protocols in place.

The sport and its teams continue to operate under protocols enacted before the restart of the season, which limits large groups at race shops and has reduced the number of team personnel allowed at tracks.

There are still important elements of NASCAR races that remain absent – such as sponsor/fan interaction, large crowds and driver appearances.

“It’s great actually for all the teams, all the ownership, the pressure of trying to meet sponsor demands, things like that,” Kyle Busch said of the Cup series being able to make up all its races. “There are a lot of things coming down the pipeline for I guess just the economics of it all.

“Joe Gibbs is doing a great job of working all of his sponsors, myself included with M&M's, Interstate, Toyota, Rheem, Sport Clips. Matter of fact, they’re not here enjoying the races as much as we are, being able to wine, dine, have their customers here. That’s a bit unnerving.

“Also, it’s great the fact we’re able to get on TV, have the revenue of that to keep ourselves going, to have the paychecks for all the employees to keep them employed back at the shops, making sure that we can finish out the season, get onto the next season hopefully with normal conditions.”

Over the next several weeks, the Xfinity and Truck series will also finish making up their respective schedules’ missed races.

Barring the pandemic situation changing over the next 2½ months, all three series should conduct their championship races at Phoenix Raceway in early November as scheduled.

Five months ago, that seemed more dream than reality.

What time and channel is the Sunday Dover NASCAR race?