NASCAR drivers react to qualifying: "We just got booed" 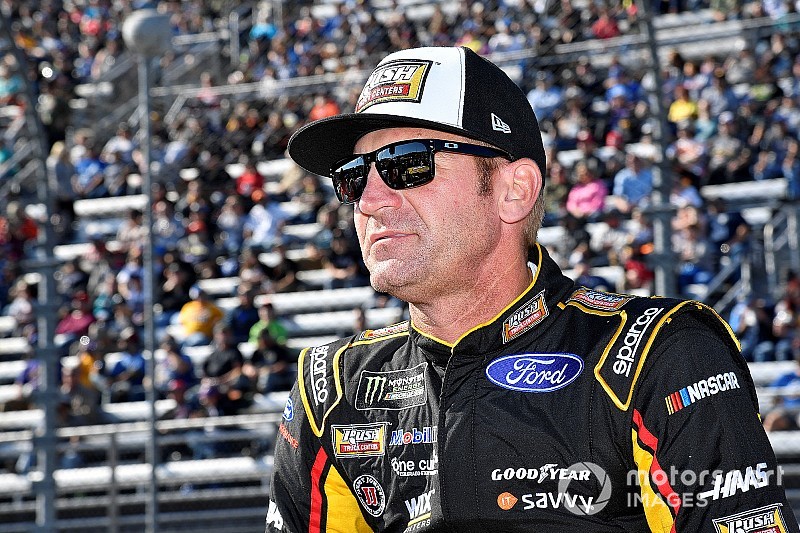 From frustration to confusion, it seemed everyone had an opinion of Friday’s strange NASCAR Cup Series qualifying session at Auto Club Speedway.

Because being the first car out would likely produce the slowest speed in the draft, none of the final round competitors wanted to leave pit road first.

The result? They all left so late that none made it around to take the green flag before the five-minute clock expired, which left none of the 12 with a final round qualifying speed. The field was set for Sunday based on Round 2 results.

Here is a sampling of post-qualifying comments:

“That is the product of the environment we are in. We are all very dependent of posting a good lap based on the draft that you get. You are in that box and it is really stressful trying to figure out when to leave pit road and what position to put yourself in and you can’t be the lead car. The lead car is at such a disadvantage.”

“It is just the way it is. It is such a big place and you don't want to be the first person to go because you are going to qualify last in the round. We got close to the time we needed to go and we just didn’t make it. We had the truck deal three or four years ago and they went away from it and now we are back to doing it and running into the same problems. That is just how it is.”

“You know, I have seen it in other sports but never seen it in ours. We just got booed and it is disappointing. It is disappointing for everybody involved. I don't know. I saw this coming three weeks ago. I think we all did. Unfortunately we are going to have to be reactive to it instead of proactive. It is just a learning process. The whole package is. Everybody knows that going in and everybody has been patient but I am a little out of patience with Fridays.”

“It has nothing to do with the competitors. Don’t hate the players, hate the game. … You can’t be the leader. If you’re the leader, you don’t qualify up front. It’s going to be all about who can figure out the timing from leaving pit road to coming back around to being able to take the flag with the time running out for everybody else behind them.”

“Just frustration, not at our guys. Our guys do nothing but work their tails off and give me a good Toyota Camry. That’s fun, but I have to say thanks to everybody here and all the folks that give me this opportunity, but the situation – I don’t love losing my mind every week in qualifying.”

“It was definitely hectic. The whole format is nuts. We just kind of find ourselves on the back end of a draft that put us side-by-side racing cars and that’s not ideal when you’re trying to run a fast lap.”

“I understand why we’re in this box. Single car qualifying isn’t all that entertaining. So, I guess we’ll just have to see what the opinion is from this and go with the lesser of the two evils in the end.”

“I don't think that was a very successful use of TV time for our sponsors. I told you all back in Las Vegas that I am still a big fan of single-car qualifying. That is all I need to say, really. That is the way qualifying should be. The gamesmanship that goes on, the lack of 100 percent, it is not what qualifying is all about.”

NASCAR plans tweaks to prevent another "mockery" of qualifying