NASCAR’s next-generation car is at the heart of a plan that aims to increase the number of manufacturers participating in the sport, Motorsport.com has learned.

The Gen-7 concept, planned for use in the 2021 Monster Energy NASCAR Cup Series, is aimed at dramatically reducing costs from a technical standpoint with cars that are more relevant to manufacturers.

It is also part of a wider-reaching plan to evaluate potential changes to the schedule and race formats that could bring extra interest levels to participating manufacturers, fans and TV broadcasters alike.

A series of behind-closed-doors meetings recently have involved current OEMs – Chevrolet, Ford and Toyota – as well as those on the outside looking in.

“From our side we’ve not shied away from the fact that we’d like to see new OEMs come into our sport,” said John Probst, NASCAR's VP of innovation and racing development. “Whenever we get the opportunity to evangelize what we do here with them, we take it. We’ve done that on several occasions in the recent past.

“We’re going to do what we can to make it more attractive to other OEMs, but we’re clearly working with our existing OEMs to ensure their futures, because they are the best partners we have. We’re going to make sure our own house is in order, and then if someone else is interested in coming in, we know our existing OEMs would welcome more.

“Time will tell. It’s not a quick process. It’s a big commitment for folks. We’re pleased with how discussions have gone, but no news to report.”

Toyota Racing Development chief David Wilson told Motorsport.com that the key to Gen-7’s success will depend on stakeholders working together, and that approach could lead to as many as six manufacturers racing against each other in the long-term future.

“Everybody collectively understands we have some challenges that we need to face and we have to work together as an industry to advance our sport,” he said. “We have three manufacturers competing in NASCAR, when we’d like to have six.

“One of the reasons we love sportscar racing is because I’ve lost count of how many manufacturers IMSA has right now. We love that. We compete in the showrooms, and on the racetrack.”

When asked how recent meetings had progressed, and whether the current OEMs were aligned in their views of what Gen-7 should look like, Wilson replied: “We are actually, relatively closely aligned and that’s because we compete for a lot of the same reasons.

“Ultimately what’s most important to us is the strength of our sport and its growth. We realise that, as an industry, not just as OEMs but all the other stakeholders in NASCAR, whether they be team owners or track owners or TV partners, the only way that we can reach this goal line is if we collaborate.

“With that will be some compromises. We won’t get everything we want, but we have to step back sometimes.

“When the green flag drops on Sunday, our goal is to rip each other’s throats out! It’s vicious competition. But Monday through Friday we can sit down together and work on solutions that we believe will make our sport better. That’s really important.

“The success of the styling of the Gen-6 car is a function of manufacturers and NASCAR collaborating. So we have that experience and we now need to keep leveraging that to keep working for the future.” 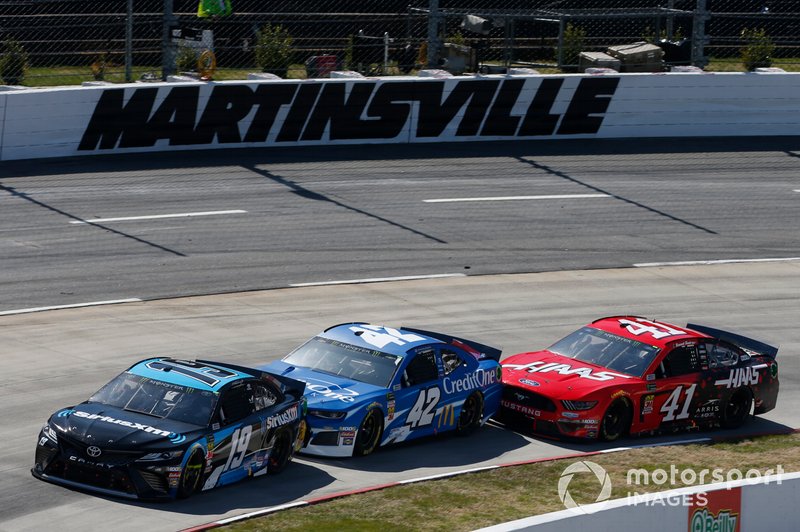 Clint Bowyer on Martinsville rally: "We kept beating ourselves"