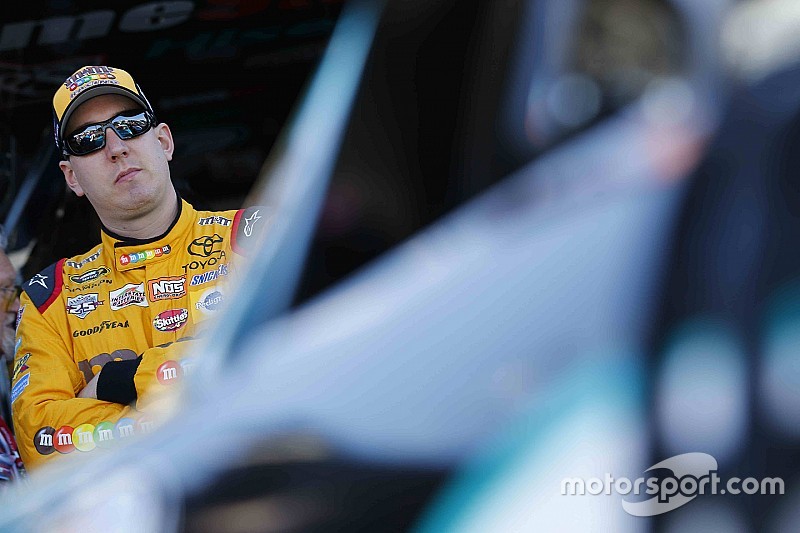 Reigning Sprint Cup Series champion Kyle Busch, who has yet to lock himself into the Championship 4, led the way in Saturday’s final practice session at Phoenix.

With Jimmie Johnson and Carl Edwards already assured of two of the four berths next weekend to compete for the series title at Homestead-Miami Speedway, Busch and Joey Logano currently would fill out the field by points entering Sunday’s Can-Am 500.

Logano was third-fastest in the practice session, pole-winner Alex Bowman was fourth and Austin Dillon completed the top five.

“I think we’re pretty decent. We’re just trying to see what we need in race trim,” Bowman said after concluding his practice runs. “Everybody at Team Hendrick has worked really hard this weekend and I think we’ll have something for them tomorrow.”

Bowman is running double-duty this weekend, competing in Saturday’s Xfinity Series race with JR Motorsports as well as Sunday’s Cup race with HMS.

“The two cars run very different,” he said. “It’s been a little weird running back and forth but I think I’ll have a good car for tonight’s race as well.”

Bowman was also fastest among the 33 drivers who ran at least 10 consecutive laps with an average speed of 135.417 mph. Logano was second, Chase Elliott third, Martin Truex Jr. fourth and Kyle Larson fifth.

With about seven minutes remaining in the session, Larson, who will start the race on the front row with Bowman, spun off the exit of Turn 2 and down into the dog-leg area.

It appeared Larson kept his No. 42 Chevrolet off the wall and did not sustain any damage.