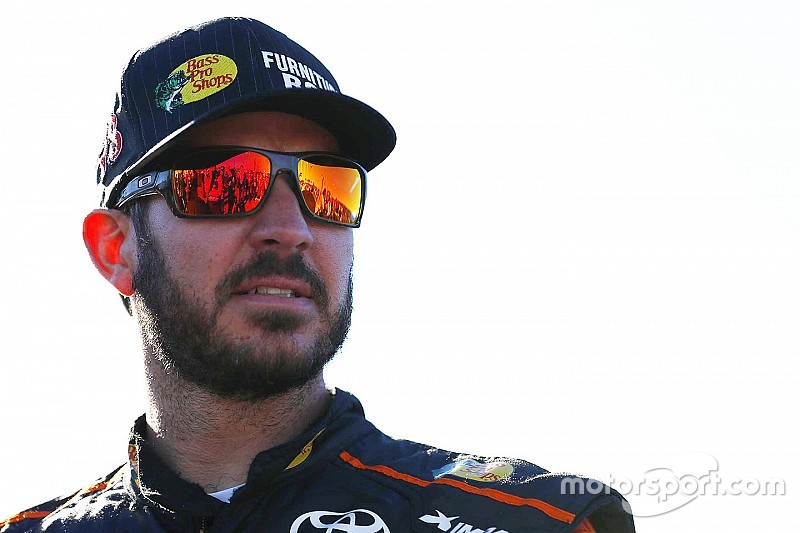 Given his starting position in Sunday’s race, the speed Martin Truex Jr. showed in Saturday’s first Sprint Cup practice session at Phoenix was a welcome sign.

Truex, who will start 40th on Sunday because his Furniture Row Racing team failed to get his No. 78 Toyota through inspection before Friday’s qualifying sessions, topped the speed chart on Saturday.

Truex, however, had some additional issues on Saturday. Not long after he first got out on the track for the start of practice, his car began experiencing overheating issues.

His team called Truex back to the garage, where it began making adjustments to the radiator hoses. Eventually the issue was corrected and he returned to the track.

Jamie McMurray ended up third-fastest in the practice session, Kyle Larson was fourth and Joey Logano was fifth.

Alex Bowman, who continues to substitute for the injured Dale Earnhardt Jr. in Hendrick Motorsports’ No. 88 Chevrolet, won the pole for Sunday’s race and was 16th-fastest in this practice session.

Three of the eight remaining drivers in the Chase – Jimmie Johnson (11th), Matt Kenseth (13th) and Carl Edwards (20th) – failed to crack the Top 10 in the speed chart. Johnson and Edwards are already locked in the Championship 4 by virtue of wins at Martinsville, Va., and Texas, respectively.

Among the 30 drivers who ran at least 10 consecutive laps, Truex led the way with an average speed of 134.539 mph.