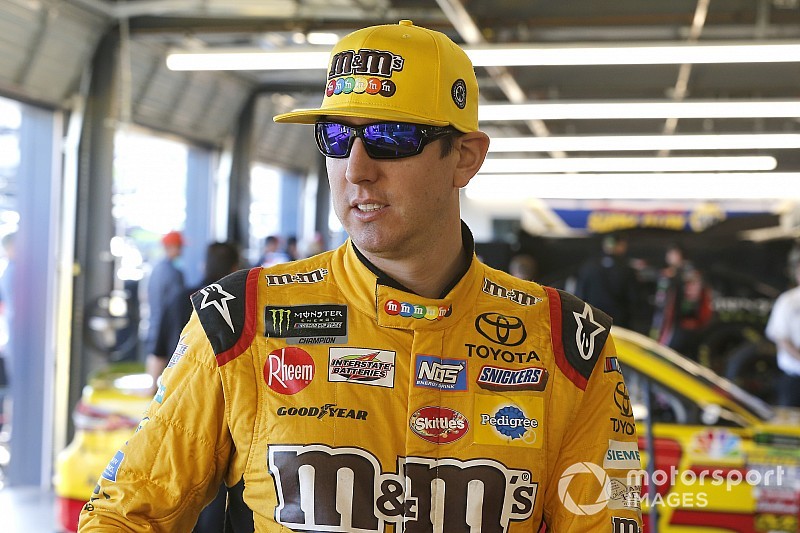 With each new contract extension, Kyle Busch says it becomes more difficult to see himself driving for anyone other than Joe Gibbs Racing in his NASCAR Cup career.

Earlier this week, JGR and Mars Inc. announced a multi-year contract extension for Busch to continue to drive the No. 18 Toyota and sponsored by Mars products.

Busch, 33, began driving for JGR in the Cup Series beginning with the 2008 season. All but four of Busch’s 51 career Cup victories – and his lone championship – have come while he has been at JGR.

“I feel like the relationship with M&M’s has continued to get better and has grown over the years as well as Toyota. I’ve got a lot of friendships there,” Busch said Friday at Las Vegas Motor Speedway.

“With all of that, you never say never, but I don’t know that you would ever see myself drive anything different than a Joe Gibbs Racing No. 18 M&M’s Toyota. Hopefully, it will stay that way.

“We know that it will stay that way for the foreseeable future and I’m certainly looking forward to that.”

Busch said he never reached a point in his contract extension talks where he spoke with anyone other than JGR. So, he never had the opportunity or need to explore other options in the sport.

“I didn’t go after anybody else,” he said. “They have a window in the deal that I am restricted to them only, to negotiating with them only. As we were going through the negotiations, they were very receptive and I was very receptive to all the things that we were looking for from one another, so there was never a need to have that window expire and then to be able and go test the free market.

“I think that just shows you and tells you that the belief and the (trust) that we have in one another and the relationship we’ve had over the years that myself and Joe (Gibbs) can normally put our big boy pants on, sit in a room and do a good deal and we did.”