Subscribe
Previous / What was behind the numerous NASCAR tire failures at Texas? Next / NASCAR penalizes Byron, Gibbs for violating code of conduct
NASCAR Cup News

Kurt Busch, 44, has missed ten races now as he continues his recovery. In his absence, Ty Gibbs has been brought in as a substitute driver at 23XI Racing.

Although he withdrew his medical waiver, thus forfeiting his position in the playoffs, the No. 45 Toyota remains in the owner's championship hunt. As a result, the team swapped car numbers and put Bubba Wallace in the No. 45 car.

Meanwhile, the elder Busch brother has watched from the sidelines, working to improve with the hope of returning to the race track.

During the Paint the Wall Pink event at Charlotte Motor Speedway on Tuesday, Busch was there to raise awareness in the fight against breast cancer. He also gave an update on his condition. 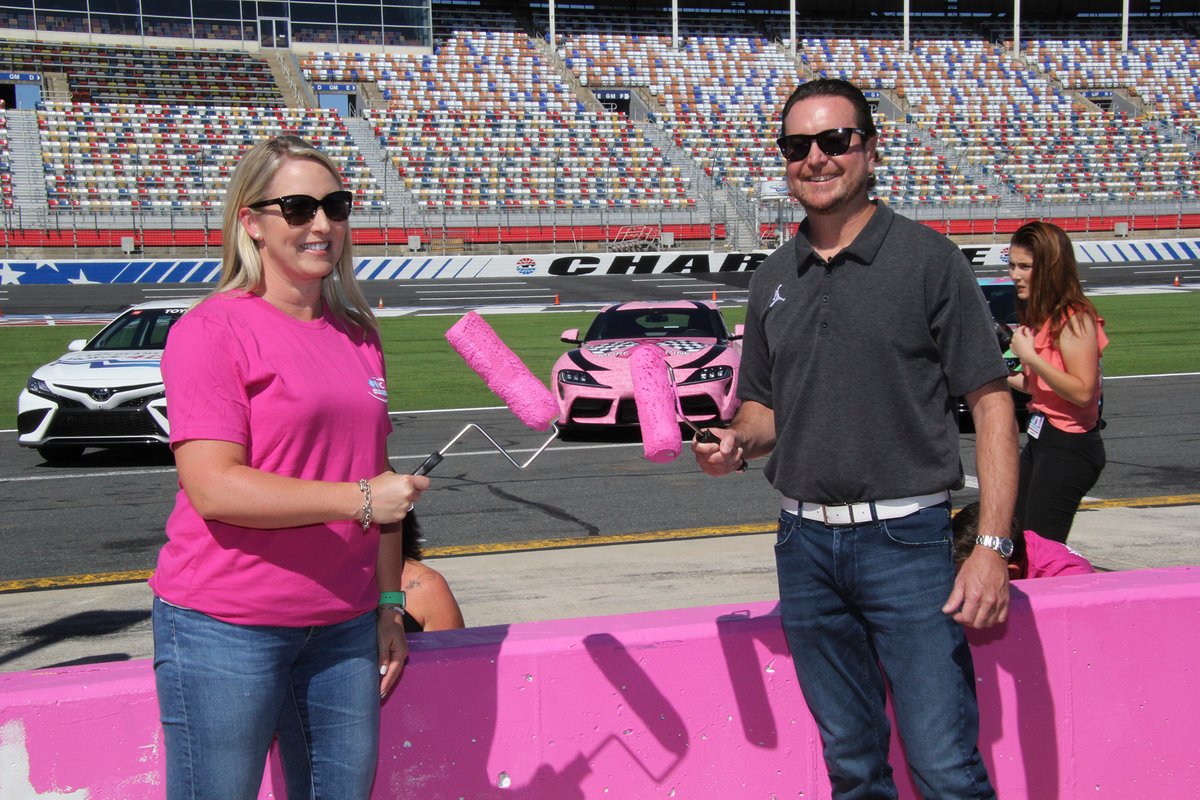 "I’m doing good," he said. "You know, each week is progress and I feel good and I don’t know why I’ll be back. Time has been the challenge. Father Time is the one in charge on this one."

Busch continued: "Yeah, I feel hopeful. I know that I have more doctor visits and more distance to go, and I keep pushing each week. TPC, Toyota Performance Center, has been a group of angels that have helped with the workouts and the vestibular workouts. Nutrition as well. The different supplements and things to help everything rebalance with my vision, my hearing, and just overall balance in general."

The unknowns surrounding his future have, in a way, brought him back to his past. He explained that it feels like the beginning portion of his career when he wasn't exactly sure what was going to be next for him.

"It brought my back to my beginning days," remarked the 2004 NASCAR Cup Series champion. "This is something I never knew would happen as far as like an injury. I never knew I would make it in racing, and you keep pushing based off of your instincts and the village of people around you. Whether it’s the race team in 23XI who has been tremendous, or Toyota, Monster Energy. It reminds me of the beginning as I don’t know what journey I’m on but I’m gonna keep pushing."

Although many have reached out to offer help and advice, Busch ended his comments by expressing how no two head injuries are really the same.

"Each situation is different," he explained. "Similar to breast cancer survivors, not every story is the same. Not every injury is the same. There’s been a bunch of military guys who have reached out to me from all the years that I worked with their different foundations and you feel that village in its support. It’s not just like a broken arm and you get the cast taken off and then you can go bench press 300 pounds.

"It’s a process of coming back."