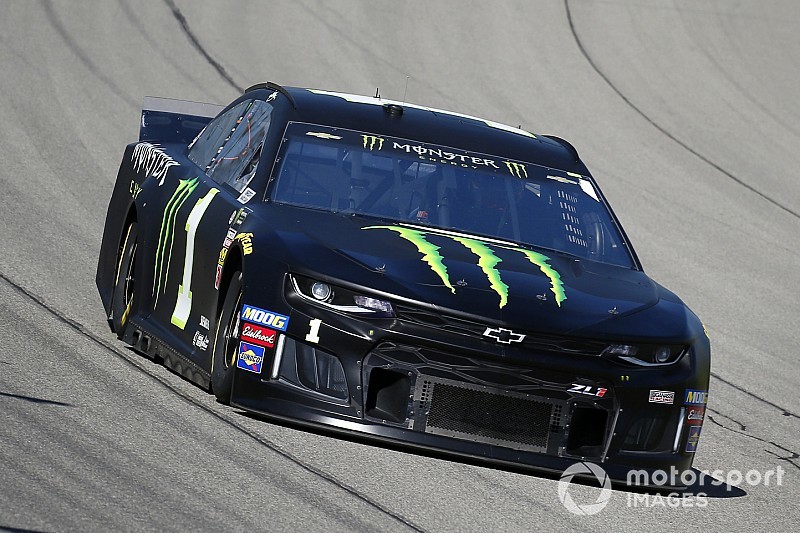 Busch was battling Martin Truex Jr. for second and hoping to close in on leader Joey Logano when Erik Jones brought out the final caution of the race and set up a two-lap overtime.

Despite having damage on his No. 1 Monster Energy Chevrolet Camaro from brushing the wall earlier in the race, Busch was able to get past Truex for second in the overtime. But he was unable to get to Logano on the final lap of the green-white-checkered finish.

“That's more than what I was hoping to see for damage,” said Busch after inspecting his car. “But I had a blast. Tightest I ever put my belts at the end of a race.”

Busch, who also finished second at Bristol this season, said he and his team decided they were going for the win late in the race.

“We got enough stage points today, we said, ‘Hell with it, we don't need to get anything but the win’,” Busch said. “We got second today.

“Logano's car was tough. I really wanted it to go green at the end with Truex. I was going to push him straight through (Logano). (I gave) my best shot at it.”

Busch is in his first season driving for Chip Ganassi Racing after spending the previous five seasons at Stewart-Haas Racing.

“What a day for our Camaro,” added Busch. “From Chevy and Monster, thank you, guys. We'll get it. It gives us reason to smile and be happy.

“We ran up front, were strong in our manufacturer's backyard, but got second today.”