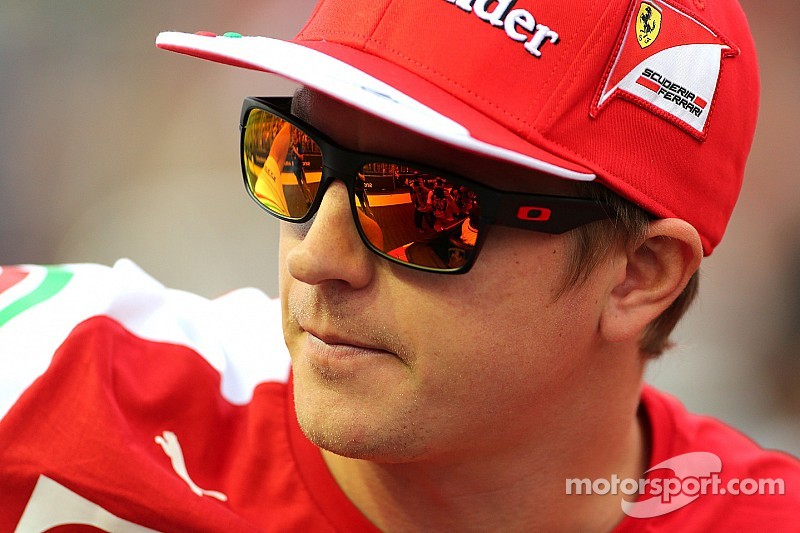 Kimi Raikkonen could entertain a second career in NASCAR once his F1 days are over.

Austin, Texas – Kimi Raikkonen is not ruling a second round in NASCAR.

Raikkonen, who has yet to make the podium with Scuderia Ferrari this season, made two starts for Kyle Busch Motorsports in a truck and a Nationwide Series car in 2011.

The Finn, who turned 35 earlier this month said a return to stock cars is not out of the question once he steps away from Formula One.

“I was very pleasantly surprised with how nice and how fun it was,” Raikkonen said. “It’s not easy – like any competitive motorsport. I really enjoyed the time. Hopefully, I can do more of those and hopefully in the future some Sprint Cup.

Raikkonen dabbled in NASCAR during a two-year hiatus from F1. In his two starts, Raikkonen’s best finish was 15th in a Toyota truck with KBM.

While Raikkonen appreciates the challenge involved with NASCAR racing, he would want more seat time to elevate his game before he returns.

I would like to have a good, proper run.

Kimi Raikkonen on a NASCAR return

“I would like to learn it more,” Raikkonen said. “Like I said, it looks very easy but it’s not easy. When you look at each circuit, it just looks like an oval, but every corner is different. When you have knowledge of the sport you can run much stronger.

“I would like to have a good, proper run at it and try to learn and make good results out of it. It’s a different atmosphere, a different way of doing things than F1 or in the Rally but I really enjoyed it.”

All work and no play

Raikkonen was a guest of his sponsor Shell earlier on Thursday. He competed in an exhibition race with his current teammate Fernando Alonso driving Eco-cars prepared by students from Lousiana Tech University.

When asked about his relationship with Sebastian Vettle, who is expected to replace Alonso next season at Ferrari, Raikkonen replied, “It’s good.”

“We’ll have to see what happens next year,” he added.

Keselowski in a must-win situation … again