Joe Gibbs Racing is changing the complexion of its Sprint Cup crew chief line up for 2016. 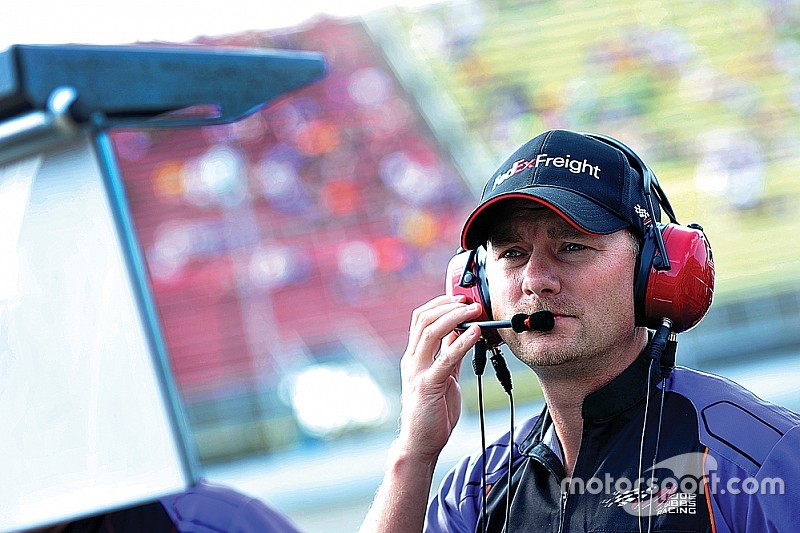 Sources have confirmed to Motorsport.com that Darian Grubb will no longer oversee the No. 19 Arris/Stanley Tools Toyota driven by Carl Edwards. Dave Rogers, who is currently crew chief for the No. 11 Fed Ex team and Denny Hamlin, is expected to move into the role.

In Edwards first season at JGR, the Grubb-led crew scored two wins — Charlotte Motor Speedway and Darlington Raceway — seven top fives and 15 top-10 finishes. With the exception of earning three poles and finishing fifth in the 2015 standings, Edwards’s stats were nearly identical to his last season with Roush Fenway Racing.

After winning the Sprint Cup championship with Tony Stewart, Grubb joined JGR in 2012 to work with Denny Hamlin and the No. 11 Fed Ex crew. He led the team to five wins in their first season and Hamlin finished sixth in the standings. Grubb worked with three drivers in 2013 following Hamlin’s back injury at Fontana but the team came back strong in 2014 — the first year of the new Chase format. Hamlin was one of four drivers to transfer to the Champion Round and finished third in points.

Following JGR’s shuffle of crew chiefs last season prior to the expansion of four teams, Grubb was assigned to the No. 19 with Edwards.

Grubb, 40, won the 2006 Daytona 500 in his first race as a crew chief subbing for Chad Knaus with Jimmie Johnson. In nine seasons as a crew chief, Grubb has led teams to the playoffs seven times. His drivers have earned 23 wins, 72 top fives and 130 top-10 finishes in 286 starts.

Grubbs' future with the JGR organization has yet to be determined.