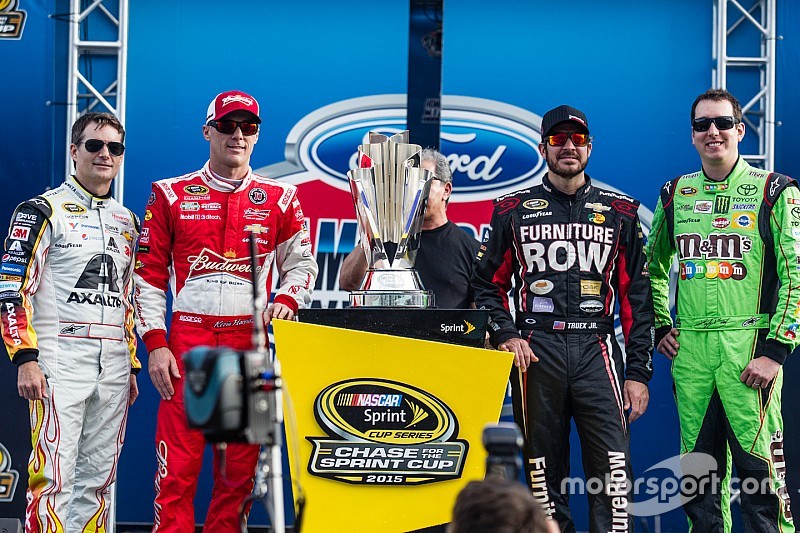 Recent fundamental changes in NASCAR have helped broaden its appeal in its search for a new title sponsor for its premier Cup series, according to Brent Dewar, NASCAR’s chief operating officer.

Dewar’s comments came Wednesday at the Motorsports Marketing Forum at The Mirage in Las Vegas, during a session in which he wrapped up NASCAR’s highlights of the recently completed 2015 season.

The search for a new title sponsor

The Cup series’ current title sponsor, Sprint, will conclude its sponsorship deal at the end of the 2016 season.

“It’s casting a wide net. We’re in a nice place, and we’ve been to some really cool companies, talking about our sport. We hope to find a partner that will deliver equally the strength that we’ve gotten from Sprint.”

Dewar maintained there is no specific timetable for the announcement of a new title sponsor but added NASCAR hopes to give its new sponsor time to get make a seamless transition into the new role much like it did with the arrival of Nextel-then-Sprint.

As Race Team Alliance leader Rob Kauffman said in his remarks earlier in the day, Dewar said NASCAR also remains “cautiously optimistic” that a new ownership model for the Cup series (now called a charter system) would be in place in time for the 2016 season.

The system would basically guarantee established fulltime Cup series teams entry in to the series’ races and thus providing some tangible equity for the owners outside of the buildings and materials which comprise their race shops.

Dewar called 2015 and exciting year for NASCAR and believed the second year of the new elimination-style Chase format once again showcased the best the sport has to offer.

This year’s Chase also tested NASCAR’s limits, an issue Dewar said NASCAR would prefer not to deal with but believed it handled well.

Matt Kenseth – angered by a previous racing incident – intentionally wrecked then-race leader Joey Logano late in the race at Martinsville, Va., thus preventing him from advancing to the championship round. Kenseth was suspended two races for his actions.

“It’s a learning process. We’re all about strong competition on the track and racing action but when those racing actions lead to behavior that is not racing, that is when we have to step in,” Dewar said.

“It’s a learning process for the drivers and the teams. I think you’ll see this evolve as we go forward. You have to send a strong message to the garage about fair play. We want them to race and race aggressively on the track and when they do, they are some of the finest athletes in the world.”

Dewar also said one of the most significant achievements of the 2015 season were the recently-completed and five-year sanctioning agreements with race tracks that currently host NASCAR events. Previously, those agreements were ironed out on a year-to-year basis.