Jimmie Johnson: "I am responsible" for performance struggles 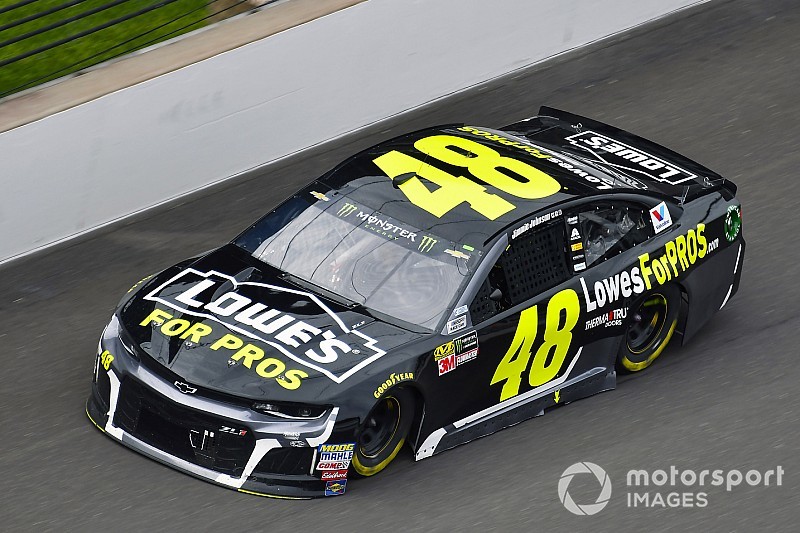 Jimmie Johnson once again has a chance to win a NASCAR-record eighth championship in the Cup Series but to do so may require a Herculean-like effort.

He did qualify for the 16-driver playoff field but enters as the 15th seed – one of three drivers in the playoffs who failed to score a playoff point during the regular season.

Asked if his psyche had been affected during his performance struggles, Johnson said, “You’re not human if it doesn’t bother you. I do know that I have a role in the performance of this car and a leadership role with the team.

“I do know that I am responsible for where we’re at as well. To what level, I don’t know yet. We’re not through it. I think we can reflect back hopefully at some point very soon once we get through it.

“It has been hard on me. There have been days and weeks and, unfortunately, months when I’m much stronger dealing with it and other times when it’s a little more difficult.”

The Southern 500 two weeks ago at Darlington (S.C.) Raceway still weighs heavily on Johnson’s mind. He ended up finishing 39th, eventually falling out of the race due to a broken oil pump.

The weekend, however, turned into a litany of problems. Johnson had a fast car in practice but then tagged the wall during Round 2 of qualifying. He had to start the race from the rear of the field after his team fixed damage on his No. 48 Chevrolet.

“I’ve been pretty hard on myself since the Darlington race. We had a great car and could run up there in the top-three and top-five and I made a series of mistakes that triggered other mistakes within the team and we had a terrible night,” he said.

This season’s spring race at Dover and Darlington were the two races this year Johnson felt the most competitive.

“Spring Dover is probably the one I felt the closest to winning but since then it was definitely Darlington,” he said. “I didn’t get the best read on Darlington because we got to 14th before the first stage was up and was passed a lot of cars but I didn’t a good look at the leaders to evaluate myself against them.

Johnson said he knows there aren’t a lot of his fellow competitors who are feeling sorry for a seven-time champion and 83-time race winner.

“I had a lot of years when I wasn’t very successful in my ascension to my time at Hendrick Motorsports. I fell in love with racing for my own reasons and it wasn’t because of trophies or fame or money. It was because of the experience I had driving the car and I’m still very much in that space,” he said.

“I’m not expecting anybody to say, ‘Oh, poor Jimmie Johnson.’ But I would ask people not to think that I’ve had enough and am ready to throw in the towel or that I don’t care or don’t want it.

“That’s just unfair. Anybody who knows me knows that I’m the opposite.”