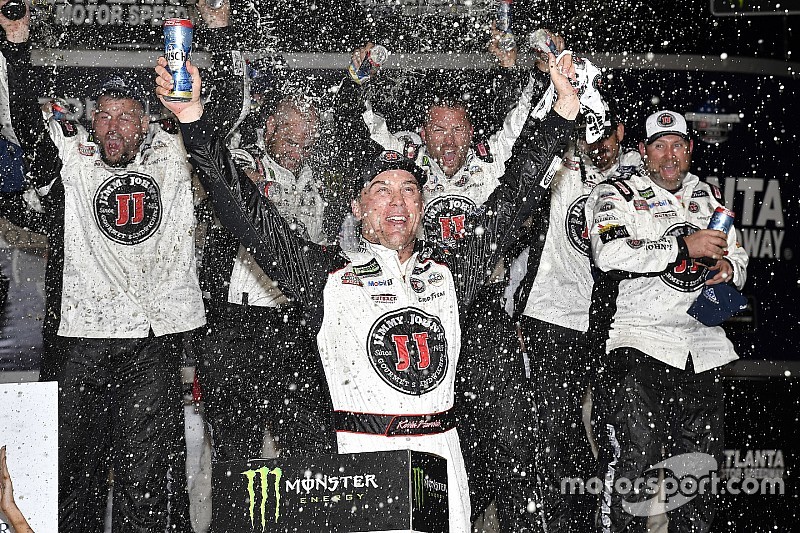 Kevin Harvick may not have won the NASCAR Cup title but he still had plenty to celebrate in 2018.

During this past weekend’s National Motorsports Press Association annual convention in Charlotte, N.C., Harvick was presented with the Richard Petty Driver of the Year award.

Harvick was named on 44 percent of the votes cast by the NMPA membership. The award has been presented annually since 1969 to recognize the season’s most outstanding driver. It is named in honor of the seven-time NASCAR premier series champion.

Harvick, 43, won a career-best eight races last season, all on superspeedways. His final victory of the year came at Texas Motor Speedway, when he locked himself in the Championship 4. He ended his 17th season third in Monster Energy NASCAR Cup Series points behind series champion Joey Logano and second-place Martin Truex Jr.

Harvick also logged 23 top-five and 29 top-10 finishes and also won four poles. He is the 50th driver to receive the Driver of the Year honors.

Among the other NMPA honors over the weekend:

NASCAR prohibits all members from gambling on its events