Despite late lead, Harvick 'needed a miracle' to win at Kansas 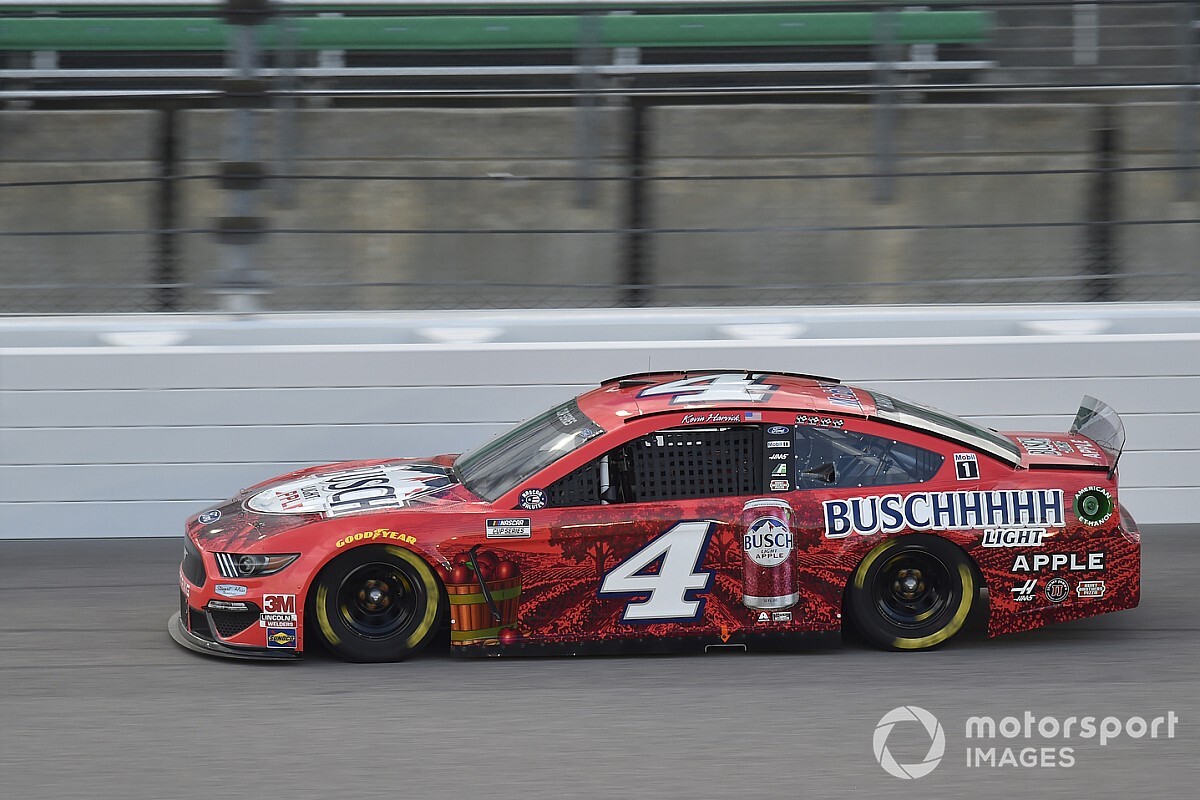 Even grabbing the lead late in Thursday night’s race at Kansas Speedway didn’t give Kevin Harvick an abundance of confidence in victory.

Harvick spent the vast majority of Thursday’s Cup Series race fighting to get to the front but it didn’t appear he would be in contention for the victory.

But as it often true with Harvick and his crew chief, Rodney Childers, you can never count them out.

On Lap 246 of 267, shortly after a restart, Harvick powered to the outside of Alex Bowman, who was then the leader, while Denny Hamlin went inside trying to take the leaders three-wide. Harvick was able to clear Bowman and move into the lead.

Hamlin, however, remained closed behind and slowly reeled Harvick in, finally passing him for the lead with 13 laps to go and going on to earn his fifth victory of the season.

“He (Harvick) got loose there and when you get in clean air, I think it was probably the first time he was in clean air all day,” Hamlin said. “I saw him get loose and I saw kind of blood in the water there, so we just ran him down.

“We just did a great job of getting it right when it really, really mattered. This is how you win them.”

Asked after the race what more he needed to earn the win, Harvick said: “We needed a miracle. Our Busch Light Apple Ford Mustang was really loose. We got a couple good restarts and had a couple good laps but we were in trouble there regardless if it didn’t just keep going yellow.

“Our guys did a good job keeping us in the fight all night but we definitely have some work to do.”

All four of Harvick’s wins this season have come since NASCAR restarted its season in May following a two-month hiatus due to the COVID-19 pandemic.