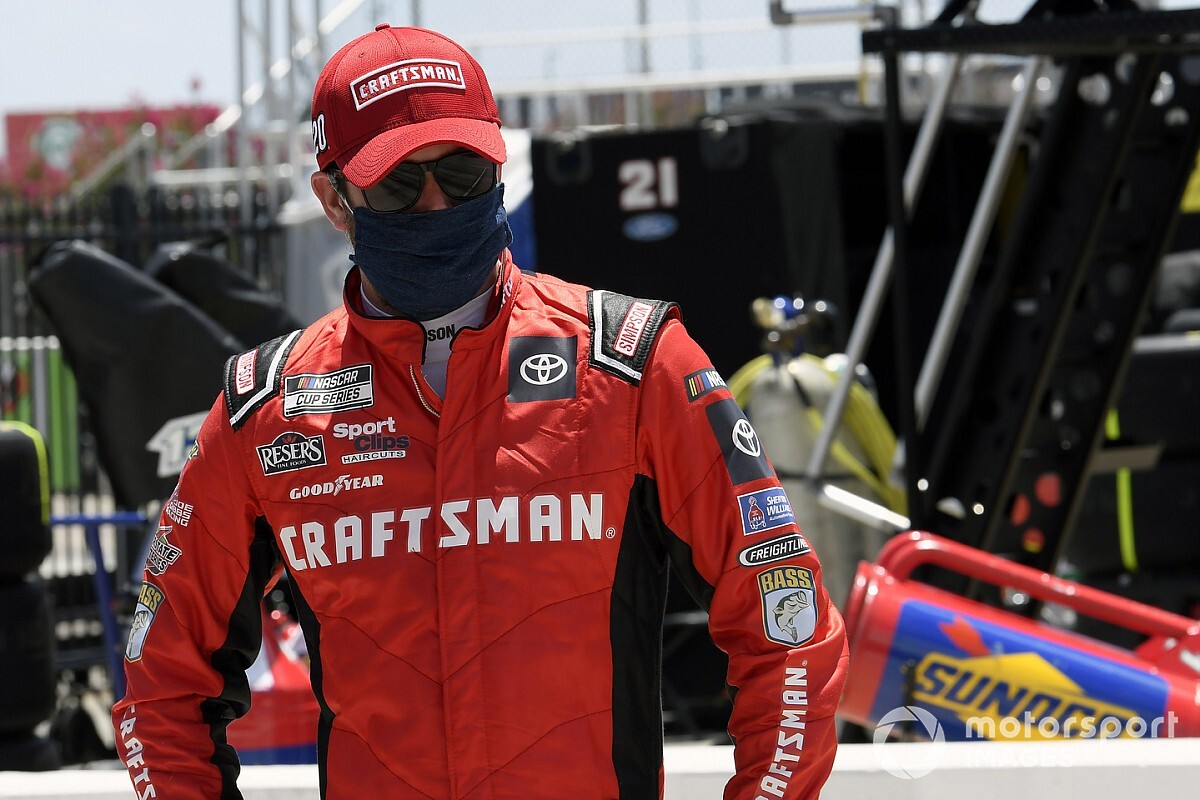 Erik Jones is in an unfamiliar position these days trying to nail down a ride with a new NASCAR Cup Series team.

For virtually all of Jones’ career competing in NASCAR’s three national series – Trucks, Xfinity and Cup – Jones has had a secure job and he had to worry little about dealing with the prospects of leaving Joe Gibbs Racing.

Last year was the first in Cup where Jones signed a contract extension not longer than year which put him back in the process this year of trying to secure another.

Instead, JGR decided not to retain Jones and will move upstart Christopher Bell into Jones’ No. 20 Toyota team next season. Jones, 24, is now discovering the workings of the free agent world.

“It’s been pretty interesting and it’s been a pretty big learning experience for me,” Jones said Tuesday in an interview with SiriusXM NASCAR Radio. “I’ve been fortunate over the last seven years now to really have a place to be a racing home pretty secure early on in a season and not really ever have to worry about this.

“It’s a new experience for me. I’ve never honestly in my career in NASCAR other than initially getting into the Truck series had to go out and sit down and talk to prospective teams and owners and have to go out and meet new sponsors.

“That stuff is all starting to happen here as we’re going forward. There’s a few opportunities that we’re pursuing right now and trying to find something to lock down for next year. It’s a different world for me.”

Jones has a pretty strong resume behind him.

He has 134 starts in the Cup series – all with JGR – and owns a pair of victories, winning the summer race at Daytona in 2018 and the prestigious Southern 500 at Darlington last season.

So far in 2020, Jones began the year with a victory in the non-points Busch Clash and has five top-five and eight top-10 finishes in 23 races. He is currently 16th in the series standings and sitting just outside the 16-driver playoff field.

Jones won a Truck Series championship in 2015, and finished fourth in the Xfinity Series standings and earned rookie of the year honors in 2016 in his only full-time season in that series ahead of his move to Cup.

While Jones said searching for a new home “takes up a lot of time” he remains committed to finishing out the 2020 season as strong as possible.

“I’ve not given up on JGR at all,” he said. “We still want to get in the playoffs and make a run. So, there’s still a lot of work to be done there.

“In a way it’s unfortunate. I had a good home at JGR and was happy there but it’s also exciting. There are new opportunities out there and things that we can put together to get a fresh start. Not that I was looking for one in any way.

“I feel confident we’re going to be able to put something together.”