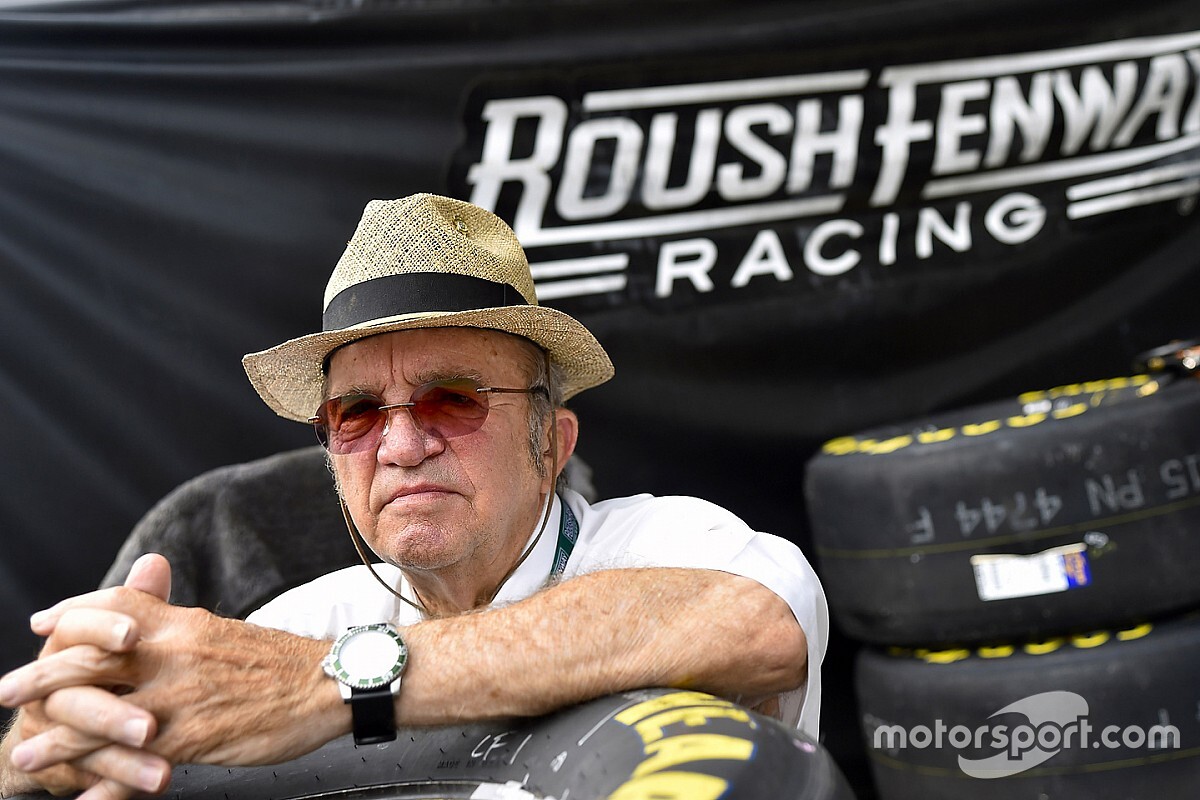 There are numerous ways the COVID-19 pandemic has affected NASCAR this season and none of them have done Roush Fenway Racing any favors.

With three races remaining until the 2020 Cup Series playoff field is set, both RFR drivers – Chris Buescher and Ryan Newman – are on the outside looking in.

Buescher is 22nd in the series standings and Newman 25th. Both drivers’ playoff hopes rest in winning one of the three remaining races – a doubleheader this weekend at Dover, Del., and Aug. 30 on the Daytona oval.

“I’m obviously disappointed because at this late date we still don’t have cars in the (playoffs),” team co-owner Jack Roush said Tuesday. “But this viral epidemic and the shutdown that has gone with it – the lack of practice time and the lack of a chance to get the drivers as close as they need to to the crew chiefs – has really hit us hard.

“Of course, Ryan lost time because of his accident at Daytona and he was coming into his second year with us and we had hopes of being able to capitalize on the first year, which has not helped us out as much as I’d hoped.

“Of course, Chris and (crew chief) Luke Lambert were new to one another and they’ve had very little chance to build the kind of chemistry that it takes to really be successful at this level, so we’ve had an uphill battle all year.”

Newman was on the verge of winning the season-opening Daytona 500 when he was collected in a last-lap wreck. He suffered a closed head injury and missed the next three races while recovering.

The pandemic then put the sport on a two-month hiatus and since the restart of the season, NASCAR no longer holds practices or qualifying prior to the races. All the pre-race preparation has to be done at the shop before driver or team arrive at the track.

“We hope that the next Daytona will be great for us. We can’t get both (drivers) in at Daytona, but hopefully we can get one of them in if Jimmy Fennig (superspeedway program director) delivers the kind of cars he’s had for us in the recent past.”

Newman’s best finish since the restart of the season was 12th at Martinsville, Va., and he’s finished 13th at both Texas and the second Michigan race.

Buescher is coming off his second-best finish of the season, fifth in Sunday’s inaugural race on the Daytona Road Course, which replaced the canceled race at Watkins Glen (N.Y.) International.

“Chris won his first race in the Xfinity Series at Mid-Ohio and he’s demonstrated to be a better road racer than people would have expected from his background to come in,” Roush said. “He’s

a natural and if we get the right kind of chemistry relationship with the crew chief and with the engineering and get him better parts to work with, I think that he’ll rise right to the top in road racing.

“Chris has got a great future. I certainly have enjoyed being part of his championship in the Xfinity Series and look forward to a lot of success with him coming down the road.”

Roush said he tends not to dwell on the ‘what-ifs’ surrounding Newman’s 500 performance, which nearly resulted in a victory, which would have locked him in the playoffs.

“That last 100 yards or eighth-of-a-mile on a restrictor-plate race is very much in doubt and anybody that counts on winning a race because they’re in the top two or three positions going into that last charge is probably not understanding or not respecting as much as they should what the risks are,” he said.

“We’ve won races in the last eighth-of-a-mile and, of course, we’ve lost several of them. But, yeah, I think we would have been a little more relaxed race to race and maybe have taken some chance on some set-up ideas if we were confident of our (playoff) status and not had to think about every race as an opportunity to win.”