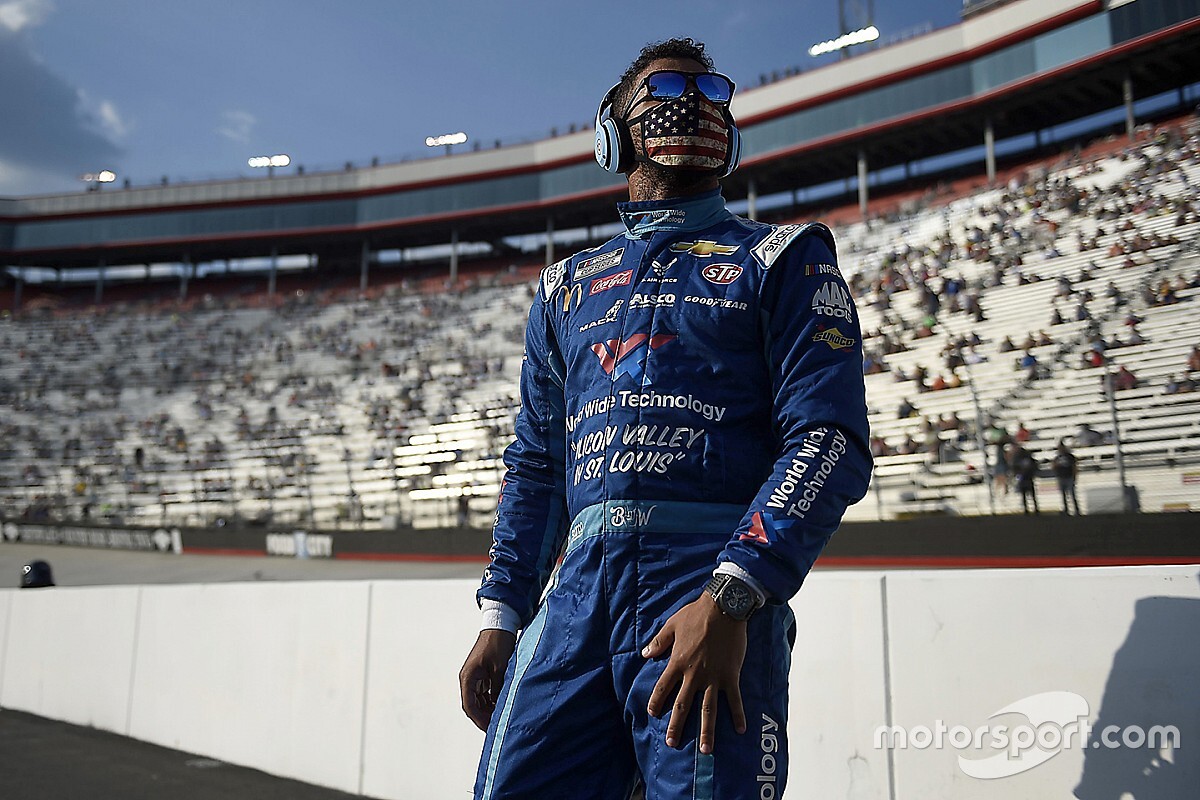 It’s been a whirlwind season for Bubba Wallace, from dealing with the COVID-19 pandemic to his leadership in NASCAR’s response to racial injustice protests, but there’s no slowing down.

Wallace, the only fulltime African-American driver in the Cup Series, still has to decide whether he will remain with Richard Petty Motorsports after this season or move to another organization.

And his immediate goal has never changed – to improve on the track and compete for wins in the Cup Series.

With everything going on this year, Wallace has still managed to produce his most competitive season in Cup since his fulltime debut in 2018. He already has a career-best four top-10 finishes and is currently ranked 20th in the series standings.

Wallace also picked up another personal endorsement deal this week with Columbia Sportswear that will also include sponsorship on his No. 43 Chevrolet.

“I think we are leaps and bounds ahead of last year. And, I think that’s important to build off of,” Wallace, 26, said. “I remember an old-school motto was ‘suck less than your last race’. So, that’s how we kind of went about it.

“And then, moving forward this year and having Jerry (Baxter, crew chief) come in and have Jerry learn the ins-and-outs of the Cup series has been very important and very influential and positive for us.

“Making those bold strategy calls, stay out, take two tires, whatever it may be to keep us in the game; even talking with the pit crew. They are appreciative of Jerry and how he keeps them in the game.”

While making the 16-driver playoff field on points appears out of the question, Wallace and his No. 43 team still have four opportunities to win their way in. Races remain this weekend at the Daytona road course, a doubleheader at Dover and the regular season finale on the Daytona oval.

Wallace said anything is possible with the “good momentum” his team has built in recent weeks.

“You look at Michigan, we had a really good car and a really solid weekend. Sunday didn’t go as well as Saturday, but still, having those little highlights of success continue to build momentum for us moving forward,” he said.

“We’ve got some tough races coming up on the schedule, but with the team behind me right now, we’re ready to tackle anything.”

Wallace continues to deal with negative comments on social media from his outspokenness on social issues, he said he’s been approaching the on-track and off-track issues with the same way.

“I’m always ready for whatever is thrown at me. I try to handle it in the best way I can. I’ll get beat-up and worn down about it and you’ll hear about it because I wear my heart on my sleeve,” he said.

“But all in all, we’re refreshed. We got that week off and had a great vacation, Amanda (his girlfriend) and I, we tried to decompress and turn off my phone and just get away.