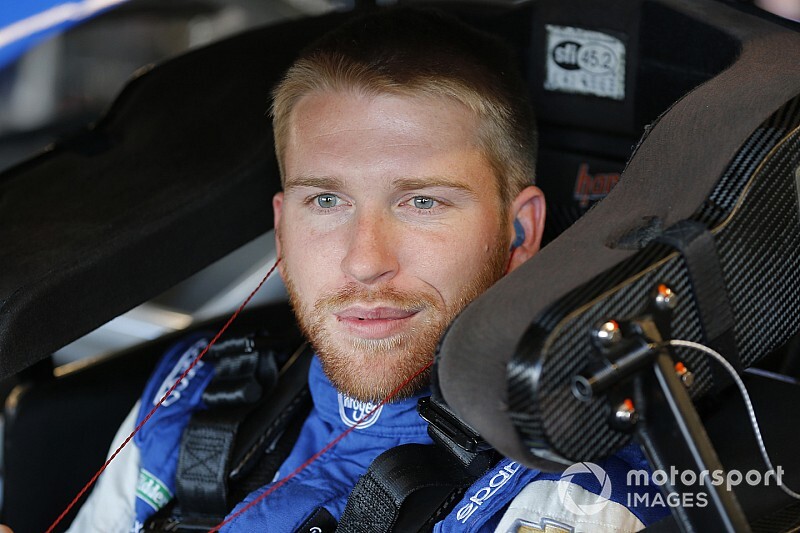 Is Chris Buescher starting over or picking up where he left off at Roush Fenway Racing this season?

It’s probably some of both.

Buescher, 27, takes over the No. 17 Ford for RFR in the NASCAR Cup Series this season after spending the previous four seasons driving for Front Row Motorsports (one year) and JTG Daugherty Racing (last three years).

Before his move to the Cup series, he spent the 2014 and 2015 seasons competing in the Xfinity Series for Roush, where he amassed three wins and won the 2015 series title.

“With me coming back, I’ve seen a lot of familiar faces, a lot of friends in the shop, not only from when I was driving here but also the year I spent working in the shop,” Buescher said. “That’s been neat to see a lot of those people again.

“It’s also neat to see some of the changes, some of the culture change around, trying to bring a positive attitude to everybody and to see that catch on and take shape. To come in and see that very quickly is big for me.”

A fresh start with a familiar team

As far as competition goes in the Cup series, however, the return to Roush is a fresh start for Buescher.

“While I’m driving the No. 17, it’s essentially a brand new team for me,” he said. “I haven’t worked on a team with any of our current group but I do know about half of them from my time here before so it’s pretty easy getting to know everybody.

“Working with Luke (Lambert, crew chief) is new to me other than just a little bit of interaction I had with him at (Richard Childress Racing) through (JTG’s) alliance with them several years ago.

“It’s not a complete clean slate – I’ve been driving a Cup car for four years now. It’s not starting over, but neither am I picking up where I left off.”

The lack of offseason testing now in NASCAR prevents drivers like Buescher who are changing teams – or those beginning their rookie season – from gaining any on-track experience with their team before rolling into Daytona Speedweeks next month.

That limits Buescher’s transition time to basically work in simulators and face-to-face meetings.

“That’s a tough one,” he said. “The good thing is that the No. 17 group is basically the same (as last year). It’s a group of people that worked well together for several years and are good at their jobs. They have all the skill set to run as good as they possibly can at the race track and execute well.

“That makes it a little bit easier just because everybody isn’t working with somebody new on the team. Without any testing, it’s hard to just go to the race track and have everyone understand what you mean when you say ‘it’s tight’ or ‘it’s loose.’

“We have to do that at a race weekend now. In the offseason, all you can do is talk – that’s it. You try to have an understanding for when you do get to the track. You got to get this stuff ironed out because you don’t want to fall behind.”

Buescher has fallen into a rather unique situation at Roush this season with new teammate Ryan Newman – one he believes will play to both drivers’ advantage.

Newman’s crew chief is Scott Graves, with whom Buescher won his Xfinity title in 2015, while Buescher’s crew chief, Lambert, spent six seasons working with Newman when both were at RCR.

“It does help that we don’t have any strangers among our two teams to start off,” Buescher said. “Scott and Luke worked together a lot during the offseason. The way we look at it is four of us working toward a common goal.

“You’re competitive at the end of the day but it’s a way for us to take a two-car team, put all our heads together and make something very successful. I think we have all the right pieces in place at this point.”