Bubba Wallace had been oh-so-close to a NASCAR Cup Series victory during his relatively brief career on a few occasions, but he also knew close wasn’t good enough.

Despite hearing boos and jeers at the track and receiving harassment online from those who don’t believe he belongs in NASCAR, Wallace has persevered.

It paid off handsomely on Monday when he won a rain-shortened race at Talladega (Ala.) Superspeedway becoming just the second Black driver to win in the Cup Series in NASCAR history.

The only other came in 1963 with Wendell Scott’s victory in Jacksonville, Fla.

“I was one of those people that was telling myself that I haven’t won (yet). It’s tough to kind of get out of that mentality,” Wallace, 27, said. “It’s like, man, you just want to go out and compete and win. It just so happened today.

“I know now (it’s) Bubba won because it rained. Everybody knew it was going to rain. We knew we had to make a move to get out and the caution came at the right time.” 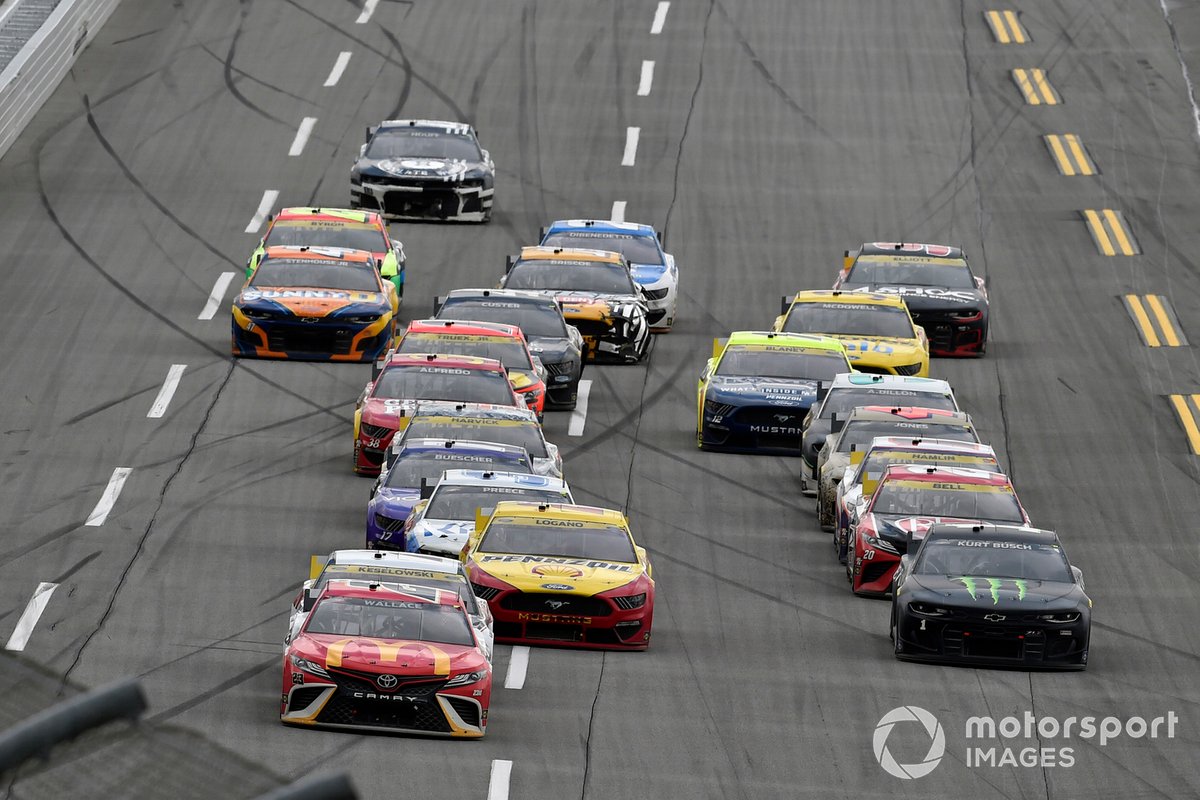 Wallace has found his greatest success so far on NASCAR’s superspeedways, including his previous career-best finishes of second at Daytona in 2018 and earlier this year in August.

With the race past halfway Monday afternoon and potential rain swarming the track, drivers knew there was little time to waste.

Wallace powered to the lead on Lap 113 and used a well-timed block on Brad Keselowski to preserve his position just before what turned out to be the final caution on Lap 117. During the caution, it began raining again and NASCAR called the race official.

And Wallace instantly became a winner in the Cup Series.

“I just appreciate everybody that’s in my camp to help me stay focused on the things that matter and eliminate the ‘BS’ I have to deal with on a daily basis,” Wallace said.

“It’s moments like this where I can go back and thank and appreciate them because we’re here, we’re a winner, got some credibility to my name now.”

Being the only fulltime Black driver in the Cup Series has presented its own obstacles for Wallace but he took a big step into the public eye last season which brought a lot of attention, for better or worse.

Last June at Talladega, NASCAR discovered a noose in the garage stall assigned to Wallace’s Cup team at the time. The discovery came just a week after NASCAR had banned the Confederate flag from its tracks, a move that Wallace had championed.

The FBI investigated and found the noose had been in that stall for months and determined Wallace was not the target of a hate crime. While the NASCAR industry rallied around him then and since, he continues to receive many disparaging comments on social media ever since.

Asked how he has dealt with the pushback, Wallace said: “Some sleepless nights. Talking to professionals to help me stay focused on the task at hand. Really listening to my family. Amanda (his fiancée) being there pushing me.

“I go into some of these races and I just have a negative attitude. She rips me to get in shape and to show up with some positivity. It’s my family pushing me and knowing that as I’m being the realistic, sometimes pessimistic person, they hold the optimism for me and help me show back up at the race track with a good mindset.”

The win was a good building block for Wallace as well as his 23XI Racing team, which is in its first year of operation.

But the victory doesn’t change everything. The vitriol directed at Wallace following his win on social media serves as a reminder that he will have to continue his battle to overcome the negativity.

“I’m not going to be able to please everybody. Doesn’t matter if I won by a thousand laps or won a rain-shortened race, not everybody is going to be happy with it,” Wallace said.

“That’s okay because I know one person that is happy and that’s me because I’m a winner and they’re not."