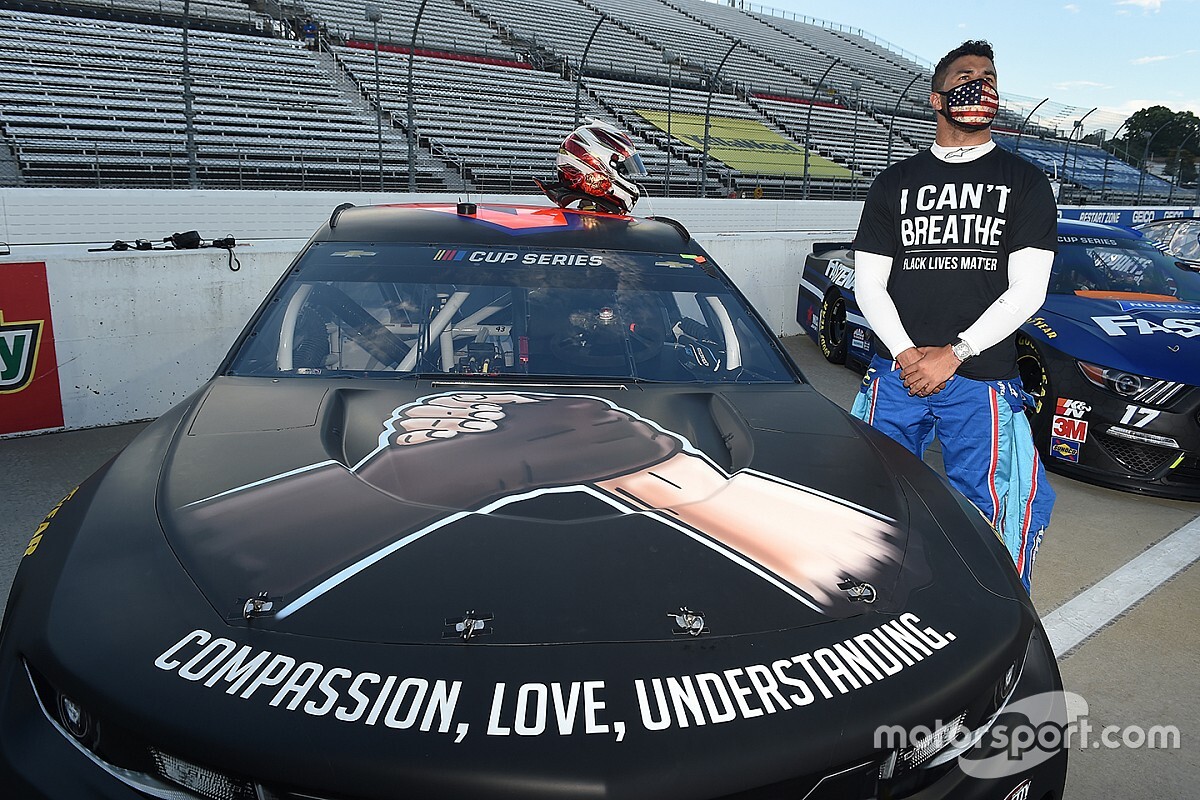 Blake, a 29-year-old black man, was shot seven times in the back by police officers and paralyzed from the waist down, sparking protests and civil unrest. The incident received nationwide attention and the FBI has since launched a civil rights probe.

Following the lead of the Milwaukee Bucks, several sports teams from various leagues are protesting the shooting by refusing to play Wednesday and Thursday. However, NASCAR will go ahead with its regular season finale at Daytona International Speedway this weekend.

NASCAR loudly voiced their support of the Black Lives Matter movement and their stand against racial injustice earlier this year following the killing of George Floyd by the Minneapolis PD. The sanctioning body also moved to ban the Confederate Flag from all venues.

Wallace, the only African-American driver at the top level of the sport, was the leading voice on those issues and continued that role Thursday evening with a series of tweets explaining the decision to race this Saturday.

Wallace also took aim at the hypocrisy of those who want to keep political issues out of the sport, yet embraced the presence of President Donald Trump at the Daytona 500 and the sponsorship of the No. 32 GoFAS Racing entry by a pro-Trump Super PAC.

Six-time Formula 1 World Champion Lewis Hamilton has been outspoken on the same issues and also intends to race this weekend in the Belgian Grand Prix at Spa-Francorchamps.

He praised the players for standing up and using their voices to push for change, but said: "I don't know how us not doing the race -- it will still go on, it's a thing. But I'll still try and speak to Formula 1 to see what else we can do, to continue to raise awareness, continue to help push."

You can read his complete statement and the reaction from other F1 drivers below:

Kyle Busch has "no expectations" for the NASCAR playoffs

Michael Jordan says Bubba Wallace has "the talent to win"