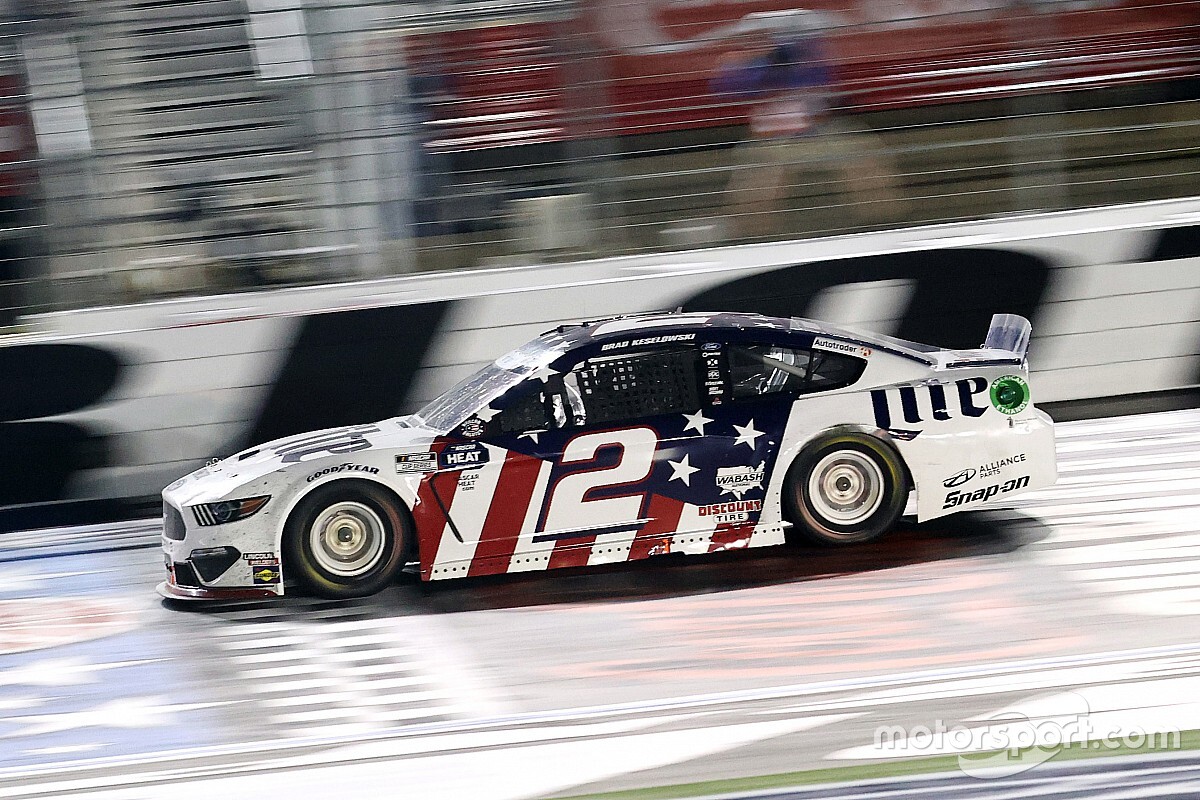 Former Cup Series champion Brad Keselowski believes NASCAR’s shorter race formats, with no qualifying nor practice, is ideal for midweek races – regardless of the COVID-19 pandemic that created the requirement for them.

Team Penske's Keselowski, who won Sunday’s Coca-Cola 600, thinks the shorter format events – such as Thursday night’s race that was virtually half that distance at Charlotte – is a blueprint it should follow to expand the schedule by including more midweek events without any qualifying.

“NASCAR, in my opinion, has hit gold with this format,” said Keselowski. “The limited practice, show up and race, and the time window that benefits both the east and west coast. No qualifying. Inversion [of the starting lineup] from the week before is really good because it mixes the field up and creates some good storylines there. I think it’s fair.

“It’s compelling and it’s at a time where, quite frankly, the sports world, even if it wasn’t for COVID, midweek races in the summer, when you’re generally not having a lot of competition, is in a time period where everybody is hungry for content. I think they’ve got gold here. COVID or not, I hope we keep this for years to come.”

Asked about the physical demands of the shorter race, versus the long-distance event on Sunday, Keselowski replied: “It feels like I just played one half of a game, rather than a full game. It’s a lot easier, for sure, but I also kind of like this format a lot.

“I think it makes sense to have long races on weekends and kind of shorter races during the week. I really like the format NASCAR has here. It’s a good give-and-take. We don’t need a whole bunch of practice and qualifying for midweek races. I think maybe one short practice and that’s about it.”

Thursday night’s Cup winner Chase Elliott also spoke in favour of shorter events, saying it adds an extra element of having to attack from the start of races.

“I think it's great, I think it ups the intensity,” he said. “I think you have to have your car driving really well from the start, and if it doesn't, you have to make those big swings early.

“I feel like it just ramps up the intensity and everything that comes with that. Just the clock is ticking and you don't have a lot of time to do much of anything.”