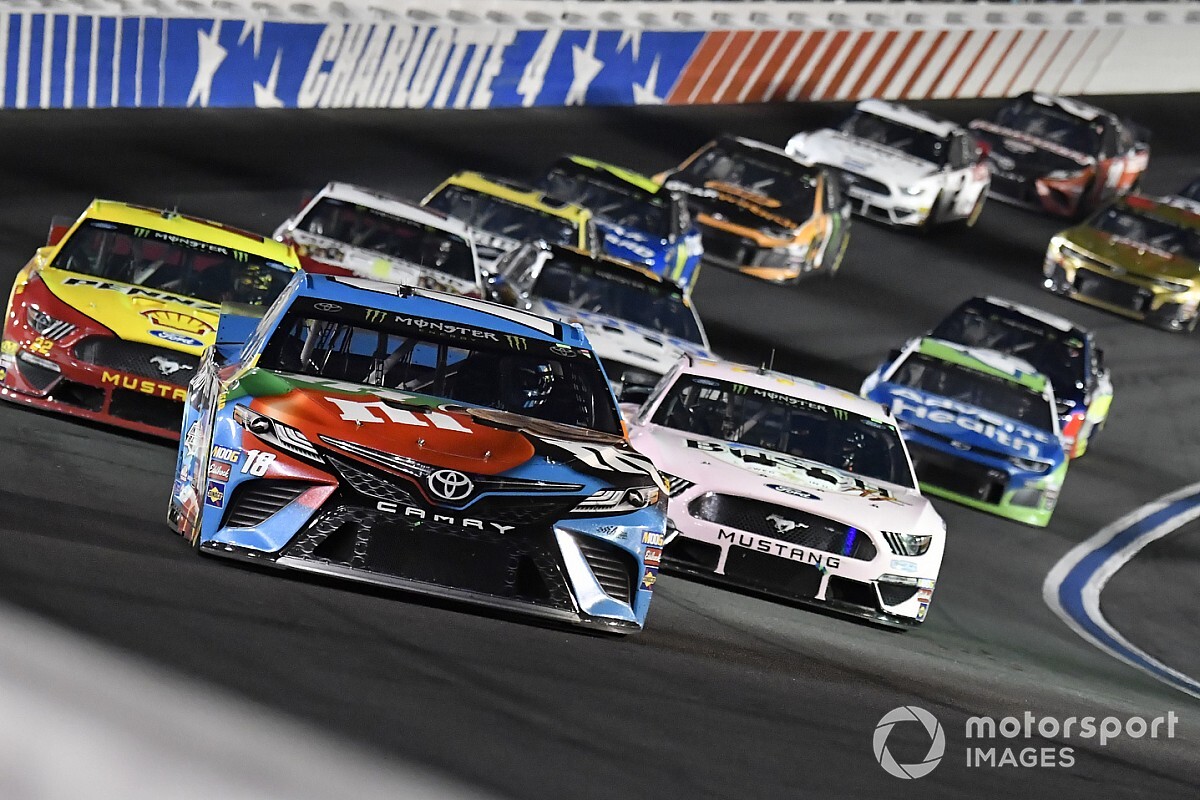 NASCAR has unveiled the race format for this year's All-Star Race at Bristol Motor Speedway.

The race moves from Charlotte Motor Speedway to Bristol for the first time July 15 in a Wednesday night primetime event.

This week, NASCAR announced the race format, which features a 'choose cone' rule. Drivers will be able to choose which lane they want to be in for each restart at a designated area on the track following pit stops. Normally, drivers would try to position themselves in a certain lane by slowing down on pit road.

“There has already been an incredible amount of buzz around this year’s NASCAR All-Star Race with the move to Bristol Motor Speedway,” said Steve O’Donnell, NASCAR executive vice president and chief racing development officer. “In addition to the thrilling racing we’re used to seeing at Bristol, the choose rule is going to add another dynamic to the race. Drivers and fans have been asking for this change and I can’t think of a better time to try it than the all-star race.”

“This NASCAR All-Star Race under the bright lights of Bristol is setting up to be a memorable event for ages to come,” added Jerry Caldwell, executive vice president and general manager of Bristol Motor Speedway. “With a million dollar payout and no championship points on the line in this all out high-banked short track clash, it’s surely going to be a race that fans will not want to miss.”

The format will feature the NASCAR Open for drivers not yet locked into the ASR. The race will be split into three stages of 35, 35 and 15 laps. The winner of each stage will secure a place in the main event. The Fan Vote winner will be the fourth and final driver to join the field.

Car numbers will also be repositioned for the race, moving from the door to the rear wheel area in an effort to give sponsors more exposure in the one million dollars to win exhibition race.