© 2021 Motorsport Network. All rights reserved.
TV Buy tickets Store
Previous / Aprilia "overestimated itself" when it signed Lowes Next / Morbidelli: Marquez has taught us "crashing is the way"
MotoGP / Breaking news

Herve Poncharal says Johann Zarco continuing with Tech 3 after the 2018 MotoGP season is "not impossible" despite KTM's interest in the Frenchman. 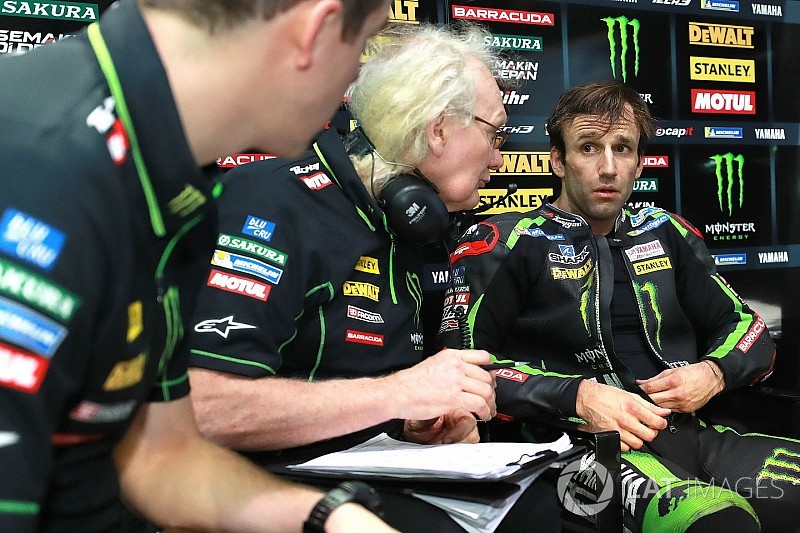 Tech 3 will switch from being Yamaha's satellite team to a KTM factory-supported operation in 2019.

The French team's star Zarco is currently one of the most sought-after riders in MotoGP, with KTM having openly expressed its interesting in signing him for 2019.

But, with Zarco's now also set to operate the same specification of bike as the Austrian manufacturer next year, Poncharal reckons it's "not impossible" for Tech 3 to retain the Frenchman.

"Johann Zarco and his personal manager Laurent Fellon are going to look at all the options but that would be a dream to have him with us and I would say this is not impossible," he said.

"I leave him to decide because the last thing you want to do is push him to do something that he could regret. [It's] up to him to go to the market to check every offer he can get and decide.

"He is looking at all the options but he knows where we're going I think he is also excited about the challenge."

Poncharal added that Zarco's "dream" was to become a factory Yamaha rider - but Maverick Vinales has already renewed his contract and Valentino Rossi has also admitted he's close to agreeing a fresh deal to stay at the team.

"Since the 2017 season stopped I always said if Johann doesn't get a full factory package and ride from '19, I think there is something wrong in our world," Poncharal said.

"He clearly deserves and this is the last thing you need to be able to eventually fight for the title in the MotoGP class.

"Clearly that will not be happening with Yamaha, I think that was his secret dream that eventually Maverick was going somewhere else or Valentino decided to stop earlier.

"Although Valentino is still to be announced this is not a real secret, I think they will stay so there is no room for him [Zarco] in the factory Yamaha."

Aprilia "overestimated itself" when it signed Lowes

Morbidelli: Marquez has taught us "crashing is the way"

Petrucci was first to "believe" in KTM's promise