Fabio Quartararo's pace in the opening round of the MotoGP season at Jerez effectively forced Marc Marquez to speed up his return to action, believes Johann Zarco.

Marquez underwent surgery on Tuesday on his broken arm following his violent crash late on in the Spanish Grand Prix, which came while he was chasing down eventual winner Quartararo and trying to make up for lost time after his early off.

Despite having originally targeted a return to action in next month's Czech Grand Prix at Brno, it emerged on Wednesday that Marquez would attempt to get back on his Repsol Honda for this weekend's Andalusian GP, also taking place at Jerez.

The reigning world champion agreed to sit out Friday practice in order not to further aggravate the injury, having already had four days of running at the Spanish track.

"I think so, and maybe that's even what could have pushed him to crash, because Fabio is very fast," said Zarco.

"He's been one of the fastest riders since the middle of last year, with pole positions, track records, and in races he is almost the only one along with [Andrea] Dovizioso to have fought for victory, to have finished two tenths behind Marc, to have fought [with him] until the last corner.

"What forces him to come back is the strength of Fabio, who goes very fast and can take a lot of points, especially as he started with 25 points [for winning at Jerez]. And there are 13 races, the championship is almost only half as long as normal." 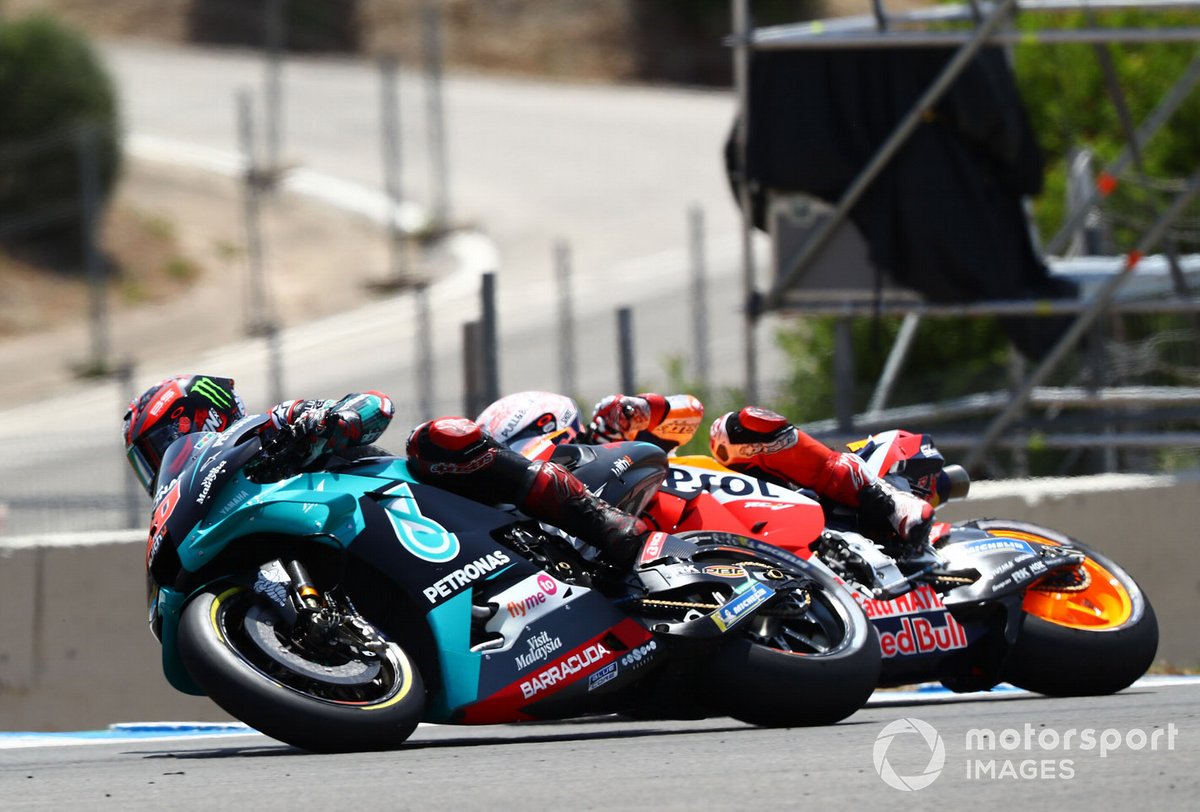 Zarco went on to add that he personally wouldn't have attempted a comeback so soon, but didn't doubt the validity of the advice given to Marquez by surgeon Dr. Xavier Mir.

"I wouldn't race if I had that kind of injury," the Frenchman said. "The medical supervision I have wouldn't let me go. Even if I wanted to race at all costs, they would advise me not to.

"[Mir] is a professional, so if he says yes, OK. But from a purely physiological point of view, it's not the best, it can leave after-effects. A title with possible after-effects, or no title and no after-effects, you have to choose."

Espargaro can fight for "something great" on KTM