Espargaro can fight for "something great" on KTM 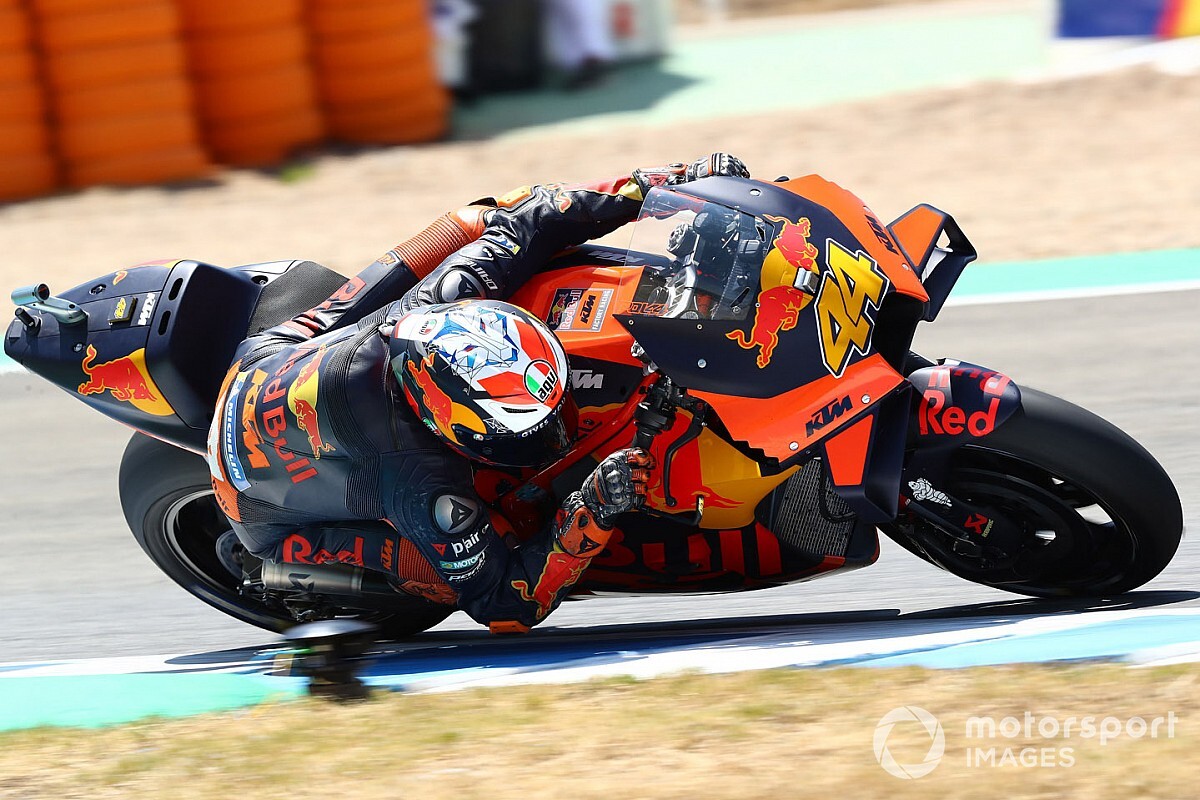 Pol Espargaro says he feels “strong enough to fight for something great” on the KTM in this weekend’s MotoGP Andalusian Grand Prix after finishing Friday practice fifth overall.

Espargaro ended last weekend’s first race at Jerez just a second from KTM’s first ever dry podium, and made a rapid start on Friday with the fifth-fastest time in FP1 and the third-best effort in the afternoon.

Admitting after last week that KTM was now “in the game”, Espargaro said Friday at the Andalusia GP was “the best day” of the year so far and was “surprised” at the step forward made with the RC16.

“We were playing with the rear shock and by the end [of FP2] it was good,” Espargaro said when asked what progress had been made with the bike in race trim. It [led to] the laptime I did, the 1m37.8 with 17 laps [on the tyre].

“So yes, for the race, I feel we have improved a little, our pace is 1m38s low. It's been unbelievable to ride like this.

“I really felt very fast riding with the used tyre, it's the first time actually with the KTM I feel strong on the race pace, strong enough to be fighting for something great.

“If the race was tomorrow, I think we will be very prepared to fight against the other guys - doesn't matter the name or the factory they are riding for.”

It wasn’t an incident-free day for Espargaro, however, as he crashed halfway through FP2 when he was caught out by a touring Johann Zarco on the outside of Turn 2.

While Espargaro doesn’t blame Zarco for the incident, he says the Avintia rider “destroyed” one of his fast laps “on purpose” in FP1 by failing to move out of the way for the Spaniard.

“I had two times [moments] with Zarco today,” Espargaro recalled. “In the morning for sure he was in the middle [of the track] while I was coming fast, and I found him and he checked behind and he didn't really care.

“But in the afternoon, I would say he was out of the [racing] line. It was my fault, I was wide, for sure I had not space enough to stop the bike inside the track.

“That's why I went off, but I would say he was out of the track. For sure he could be in a different place. This morning for sure he was annoying me on that fast lap, but this afternoon, no, it was just my fault actually.

“This morning in the first fast lap I had Zarco, he really checked behind and he could let me pass but he didn't. He didn't make it. He wanted me to stay behind, so he just destroyed my lap on purpose.”