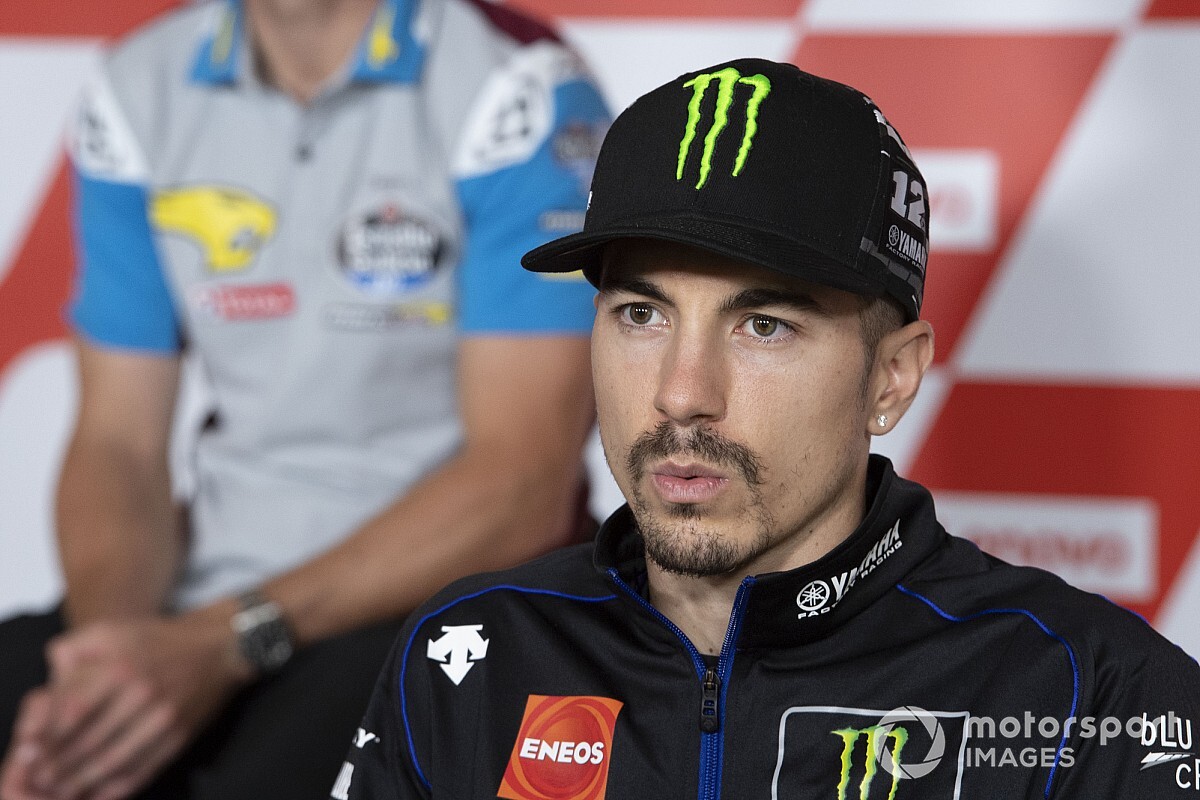 Vinales smashed the Misano lap record last weekend to claim pole, but ended up 5.3 seconds off the lead in sixth in a race in which he struggled for grip on the left side of his tyre.

He was the only rider to opt for the hard option, and admitted after taking pole for the second Misano round that his choice was influenced by a Yamaha tyre technician who insister that tyre was the “best choice” for Vinales’ riding style. Though initially denying the tyre choice was a factor, Vinales has now conceded the team made an error.

“When you work during all weekend and the guy in charge of your tyres says the hard is the best choice for you, you put on the hard,” Vinales explained on Saturday. “So, I don’t think we worked good in that area because other Yamahas were with the medium, they say to me the hard is the best option for my riding style.

“But in the end it was not true, it was not correct. So, we make many mistakes in many races, which my potential was good but tyre choice was the wrong one. So, we need to pay more attention to that.”

Calling the mistakes last weekend “wrong”, Vinales added: We have another person inside our team from Yamaha who is looking at the tyre data, and I don’t think we did a good job last week. I have to say because for us we made a good weekend and then we make a mistake on the tyres. So, for me it’s wrong.

“All the job you do in the weekend you waste just because you put on the wrong tyre. We pay a lot of attention to that, we’re working very hard with Esteban [Garcia, crew chief] to make sure we don’t miss anything and choose the correct things all the time on the bike.”

Vinales set another lap record on his way to Emilia Romagna pole with a 1m31.077s, though was set to start second before Francesco Bagnaia had his 1m30.973s cancelled for exceeding track limits. The Yamaha rider has been working more with the front of the bike to try and improve his confidence in races, with the excess of Moto2 rubber laid before MotoGP typically robbing Vinales of grip on a full fuel tank on Sundays.

“Yesterday, I had a lot of problems, a lot of moments, especially on brakes,” said Vinales. “And then in fast corners the bike was moving a lot. And this morning we make a good step forward. So, I feel much more confident with the front, especially with full tank.

“I think we did a good job. We are gonna see tomorrow if that job was in a good way. But we work very different from the other weekend: [usually] we prepare more for one lap, and this time we think all about race set-up.”