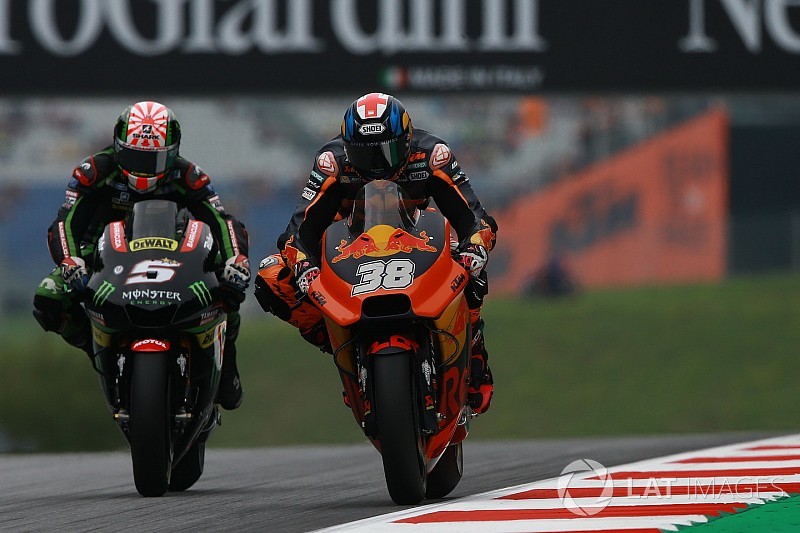 MotoGP privateer outfit Tech 3 will link up with KTM from the 2019 season onwards, following the team's decision to split with long-time partner Yamaha.

The French team has fielded Yamaha bikes in motorcycle grand prix racing's premier class since 2001, but announced in February it would be parting ways with the Japanese manufacturer at the end of this year.

And it has now been confirmed that Tech 3 will join the KTM camp instead and race a pair of RC16 bikes in 2019, becoming the Austrian firm's first satellite team in MotoGP.

"We are very happy to join forces with Tech 3 in MotoGP from 2019 onwards," said KTM motorsport boss Pit Beirer.

"The team has many years of experience and achieved a lot of great results in the championship. Their professional structure will make us stronger."

KTM completed its debut season as a works team in MotoGP last year, ending up fifth in the manufacturers' standings with a best finish of ninth.

Prior to the official announcement of the KTM deal, Tech 3 boss Herve Poncharal revealed it was a three-year agreement that entitled his outfit to "exactly the same spec" of bikes as those fielded by the works team.

Beirer continued: "Having four KTM RC16 on the grid is also another big step for us, both for the development of our MotoGP bike and expanding KTM’s structure in the paddock. From the Red Bull Rookies Cup up to MotoGP there is a clear path to the top.

"We are looking forward to starting a great cooperation and I’m thankful towards Herve Poncharal for the future trust in KTM."

The Austrian marque's expansion to four MotoGP bikes should come as a boost for its factory Moto2 riders Miguel Oliveira and Brad Binder, although neither KTM, not its new partner Tech 3 have yet to confirm any rider plans past 2018.

Tech 3 will field Johann Zarco and Hafizh Syahrin in its final MotoGP season with Yamaha, with the latter rider drafted in as a late replacement for the ill Jonas Folger.

Zarco had enjoyed a breakthrough rookie season on a Tech 3 Yamaha last year, finishing a strong fifth overall, and is known to be on KTM's radar for 2019.

He has been a frontrunner throughout all of MotoGP's 2018 pre-season testing, and even set the fastest time in the final test in Qatar.

What we learned from the final MotoGP winter test