© 2021 Motorsport Network. All rights reserved.
TV Buy tickets Store
Previous / Gresini to split with Aprilia, become independent in 2022 Next / Rossi: Yamaha engineers listen to riders but do what they want
MotoGP / Breaking news

Suzuki team boss David Brivio admits the marque was “very worried” ahead of its full-time MotoGP return following a disastrous wildcard outing in Valencia in 2014. 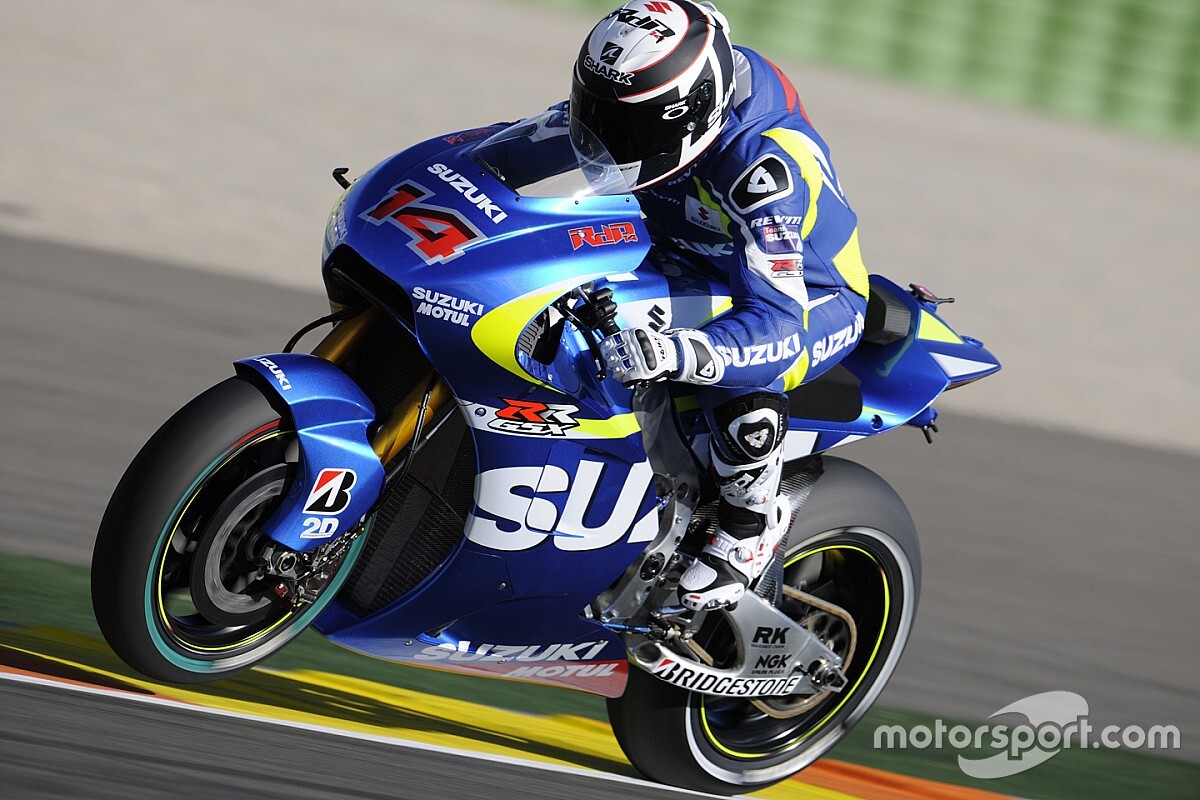 Suzuki quit MotoGP at the end of the 2011 season owing to financial problems, but was courted back for 2015 ahead of the series’ major rules overhaul surrounding electronics in a bid to tighten up the competitive order.

After months of testing, Suzuki gave the GSX-RR its race debut at the season-ending Valencia Grand Prix in 2014 with test rider Randy de Puniet at the helm.

But the outing was a disaster, with De Puniet breaking two engines across the weekend and failing to finish the race due to an issue with his third.

Suzuki got on top of the problem for its full-time return in 2015, but concerns persisted in the winter when it suffered more engine woes at the Sepang test.

When asked by Motorsport.com last month if memories of that 2014 wildcard were on his mind when Joan Mir wrapped up Suzuki’s first title in 20 years at Valencia, Brivio said: “Yeah, I didn’t think about that race today but that was very difficult.

“We joined the last race of 2014 with Randy de Puniet as a wildcard and I remember we had a problem on the engines.

“We found out later in the winter we had an electronic problem that was causing basically a broken engine.

“So basically, on the spare bike there was a fourth engine, which would have forced us to start from the pitlane [had we needed it].

“And then we made the race like this and we were very worried during the winter, because when we went to Sepang for the first test in January we broke again the engine.

“So, it was a very, very difficult start and I was saying ‘ok, where are we going, how can we do it?’

“And then I would say the reliability has been quite ok in all these years.”

Mir’s title success in 2020 coincided with Suzuki’s 100th anniversary as a company and its 60th in racing.

Brivio admits he couldn’t have scripted this happening, adding: “It’s something historic.

“We did something that’s great. Even if I was a film editor and thinking of a script for a movie I wouldn’t think so well, in the 100th anniversary to win in the world championship in a difficult year also.

“But anyway, we achieved something historical in 100 years of the company, 60-year anniversary of racing.

“So, we couldn’t imagine better than this. I’m happy for all of us, for the people involved because we started this project a few years ago from zero and then we were joined by all the mechanics, engineers, people with a lot of passion, motivation, people that most of the time never won before.

“So, they had the motivation to try. And especially the riders. Joan has been incredible.

“I think we are in front of somebody special with Joan. Alex [Rins] also did an incredible job if you consider his injury and a couple of mistakes, he could have been there also.”

Gresini to split with Aprilia, become independent in 2022

Rossi: Yamaha engineers listen to riders but do what they want