Rossi “didn’t understand” why he crashed in French GP

Valentino Rossi “didn’t understand” why he crashed on the opening lap of the MotoGP French Grand Prix and called his third-successive non-finish a “great shame”.

By:
Lewis Duncan
Co-author:
Matteo Nugnes
Listen to this article

The Yamaha rider started from 10th and was in the middle of the pack on the run up to the Dunlop chicane on the opening lap of Sunday’s Le Mans race when the rear of his M1 swung round on him.

His crash forced Yamaha teammate Maverick Vinales, Suzuki’s Joan Mir and Aprilia’s Aleix Espargaro to take avoiding action and run through the chicane, while Rossi was unable to rejoin.

It marked his third DNF in three races, having crashed out of second in the Catalan GP and retired from the Emilia Romagna GP at Misano following an early fall.

“I’m very sad, crashing like this at the first corner is a bad thing,” Rossi said.

“I had a good start and I was already in pretty good shape after the [opening] bend. In the first corner on the left we all entered very calmly, because the conditions were very difficult due to the cold.

“I also entered very slowly, but it started behind me and we honestly didn’t understand what happened.

“It is a period that I am also quite unlucky I must say, because I have not been able to collect even a point in the last three races even though my performance was not bad, because in practice I have always been quite competitive.”

Rossi wasn’t the only rider who suffered a fall which left them perplexed, as Suzuki’s Alex Rins crashed from second on lap 20.

Rins had come from 16th on the grid running the medium rear tyre as opposed to the soft the leaders were using, and by lap 11 was into the podium battle.

Having taken second when Pramac’s Jack Miller’s bike expired on lap 19, Rins had a “totally unexpected” tumble at the Dunlop chicane on the following tour.

“It was a shame; even before the crash it was a great race,” said the Suzuki rider.

“I had a good feeling with the front tyre, we fought a lot with [Andrea] Dovizioso and Miller.

“[Danilo] Petrucci escaped and when Miller's engine broke, I went forward and I was catching Petrux , [which is] just when I fell.

"I was riding well, braking on the spot, it was totally unexpected." 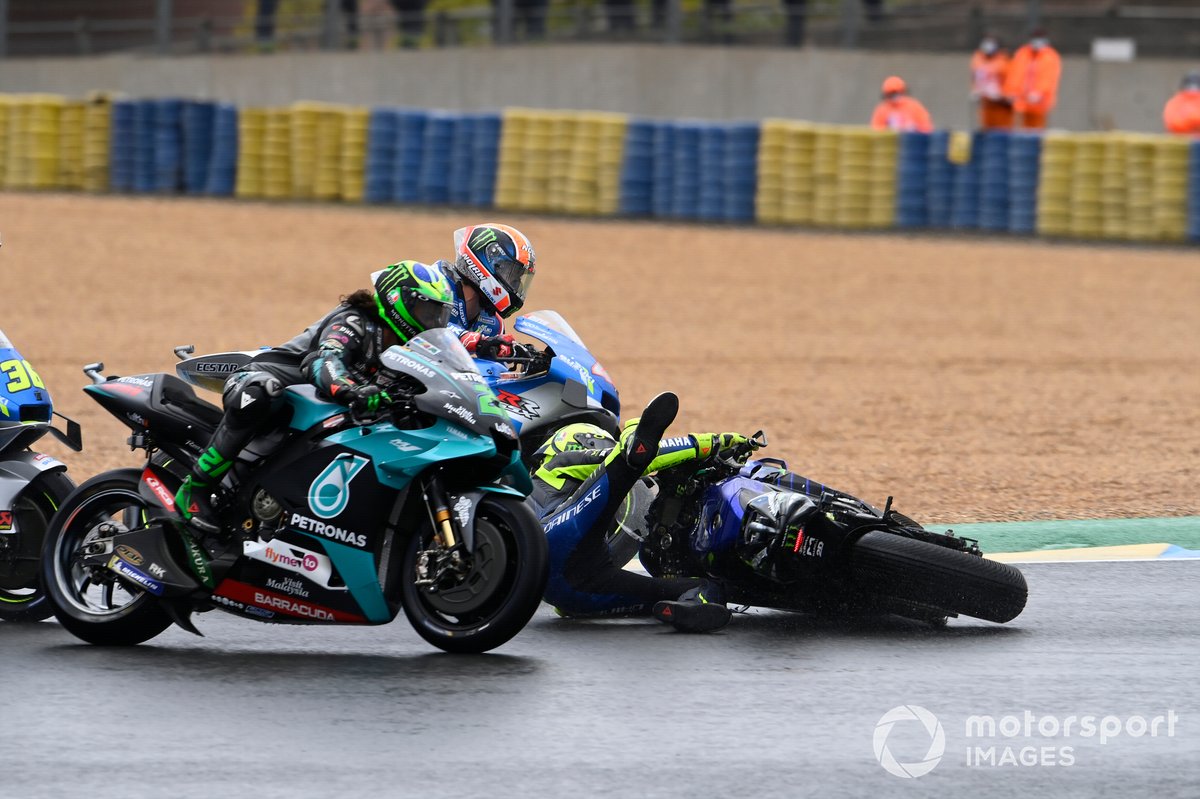 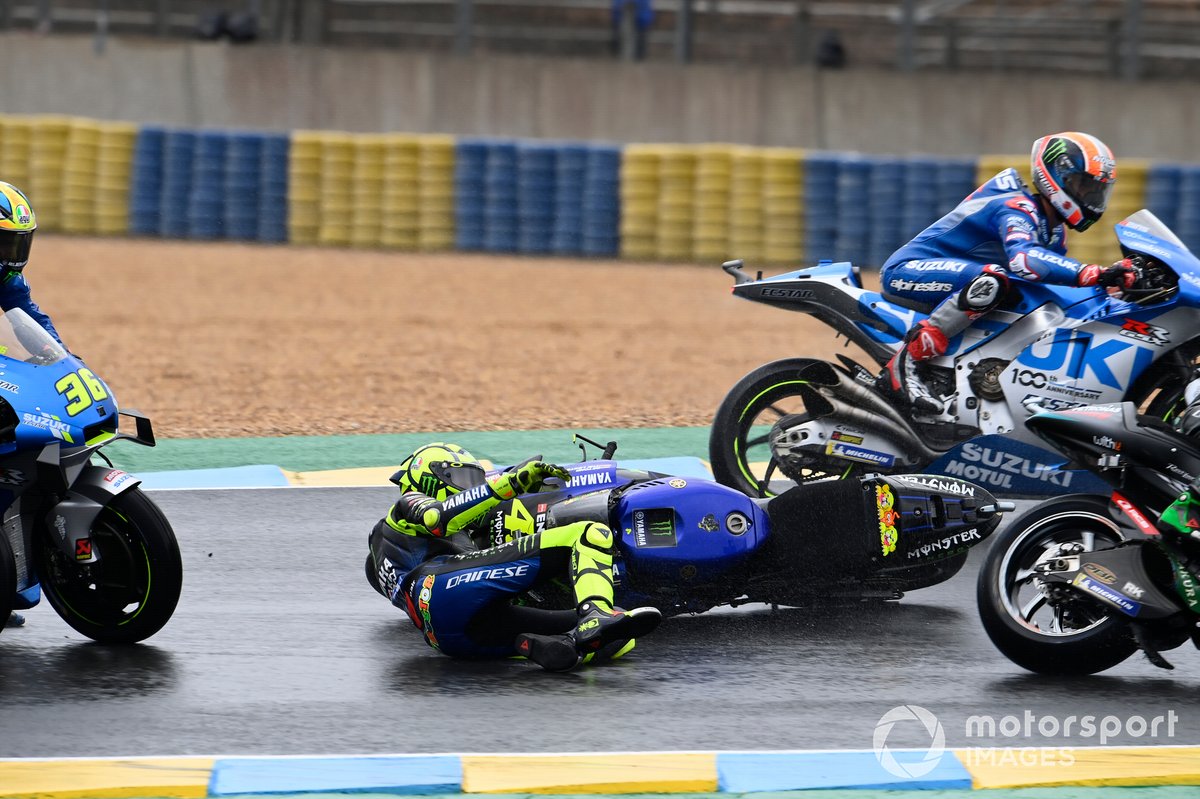 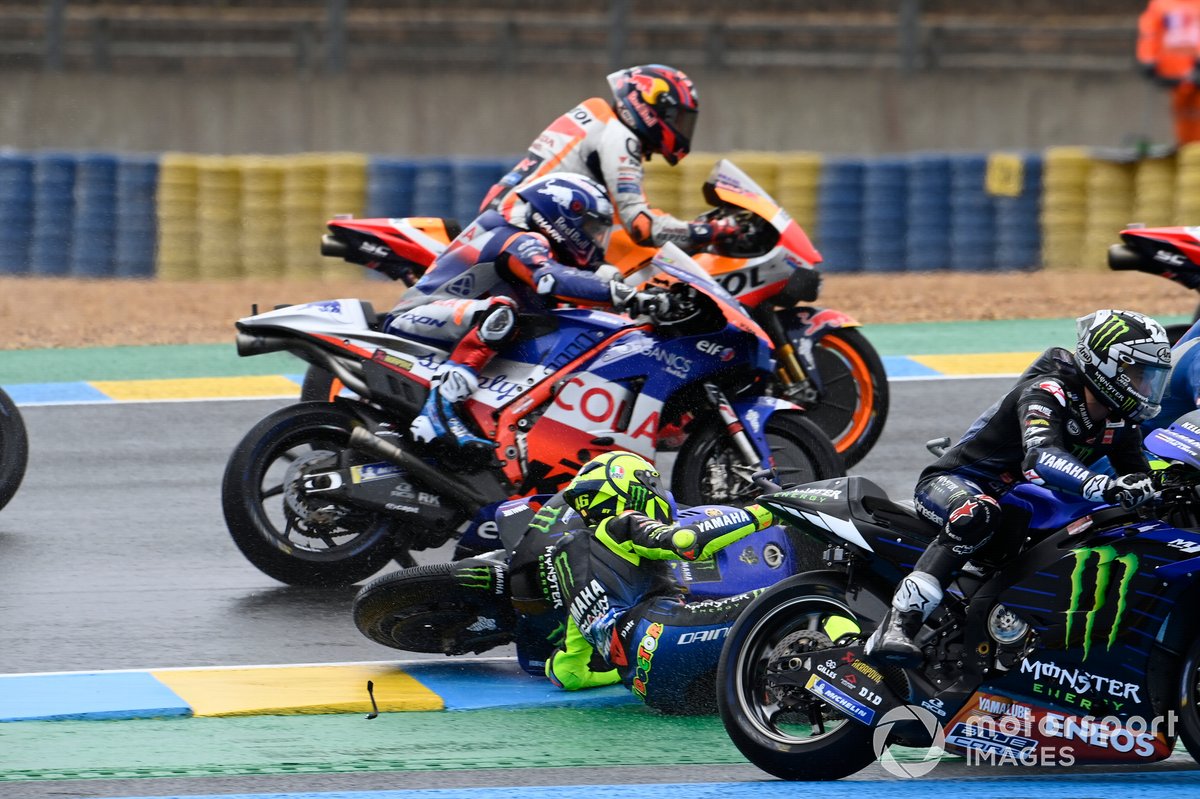 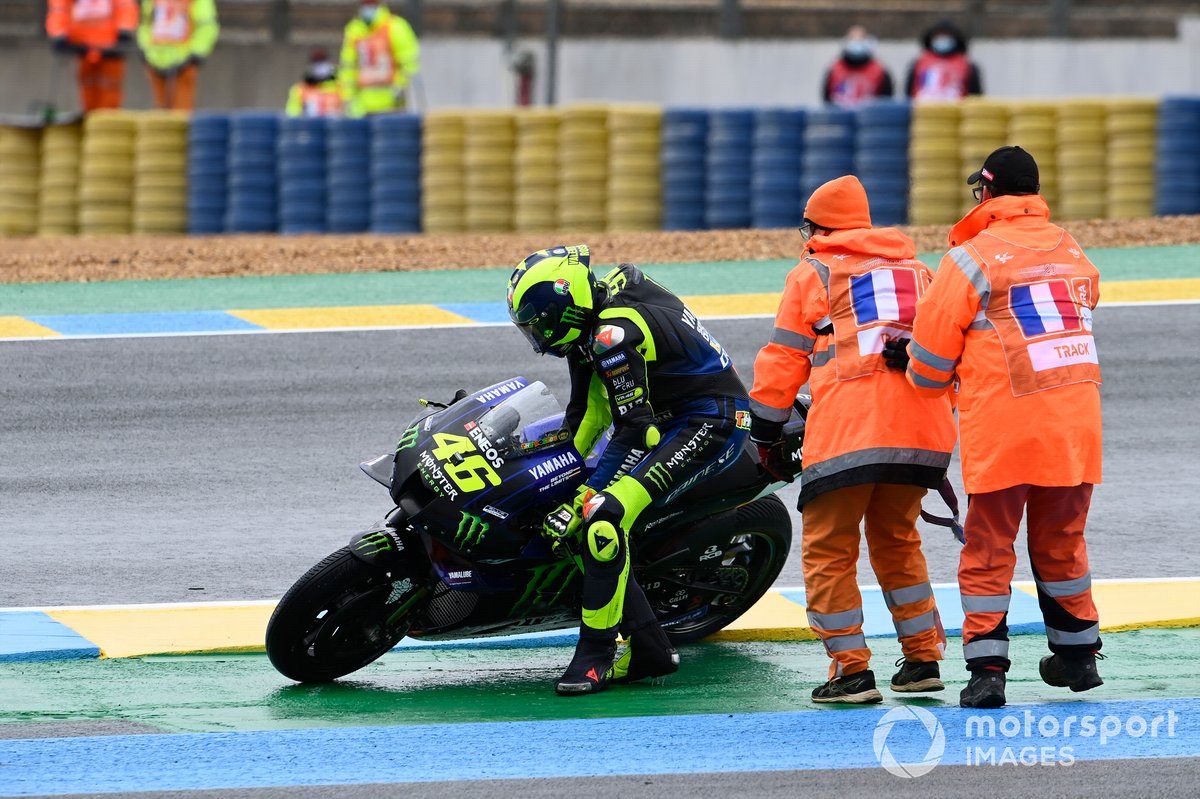 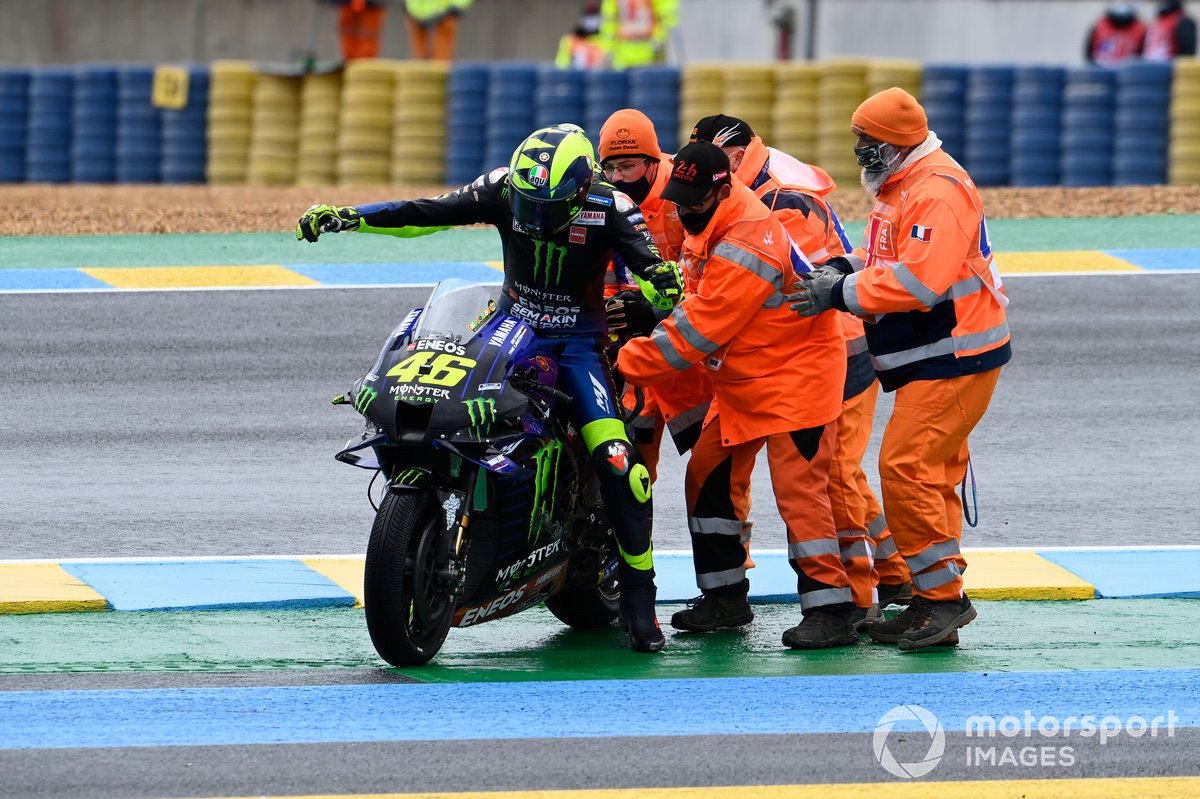 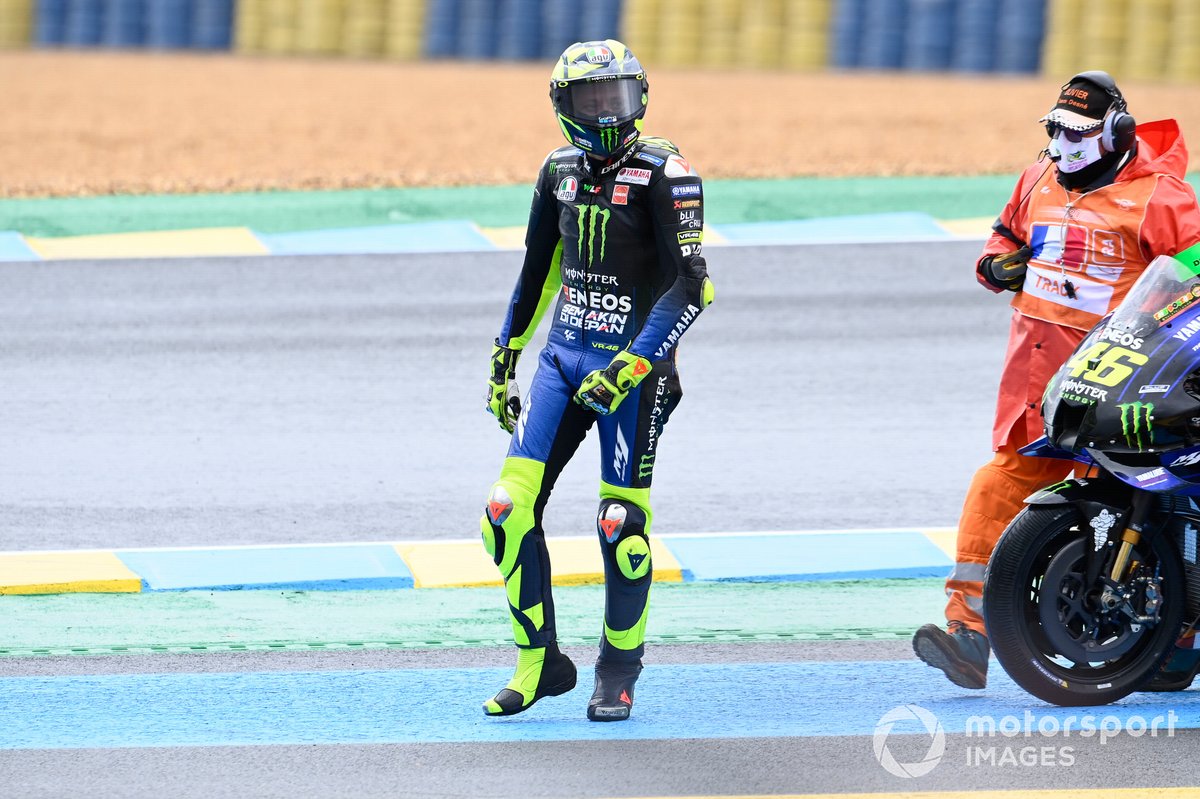