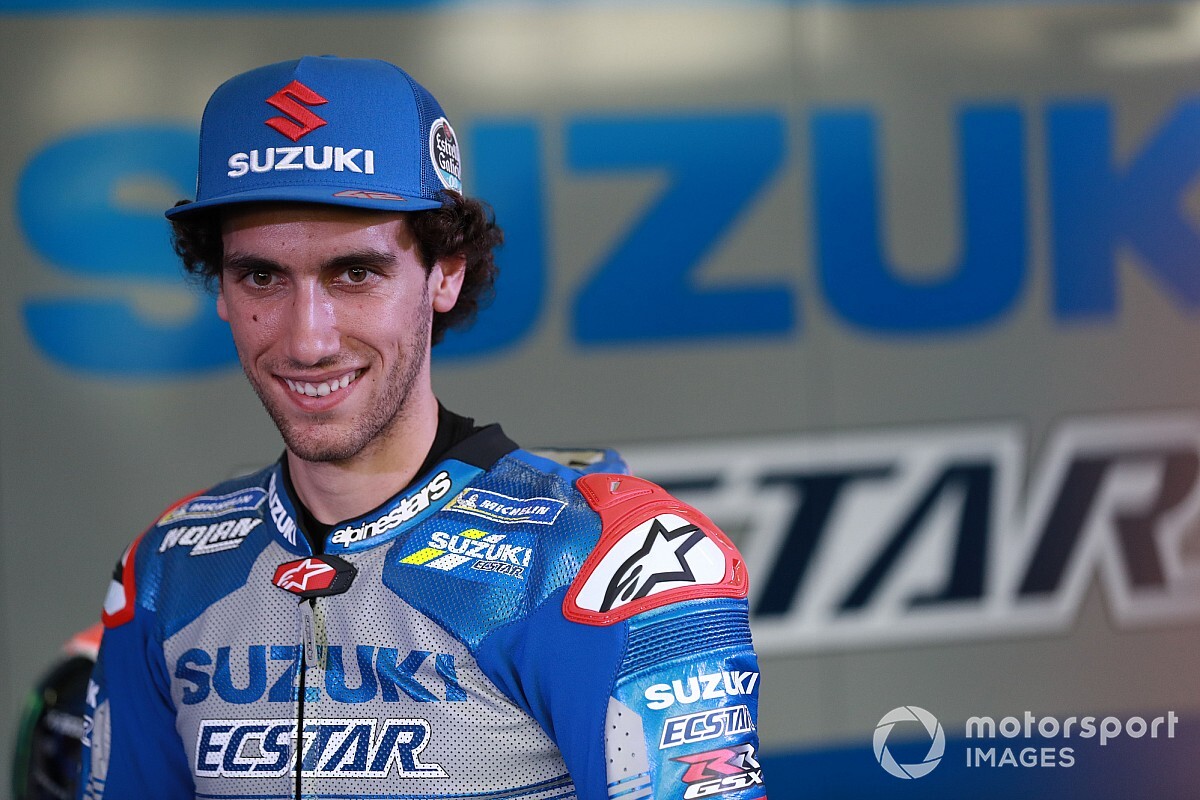 Alex Rins has signed a fresh two-year deal to remain a works Suzuki MotoGP rider, keeping him at the Hamamatsu marque until the end of 2022.

Rins made his MotoGP debut with Suzuki in 2017 after stepping up from Moto2, and has remained aboard the GSX-RR since then.

The Spaniard delivered Suzuki its first pair of victories in a single season since its last title-winning campaign in 2000, firstly fending off Valentino Rossi for his maiden win at Austin and later beating Marc Marquez by 0.014s in a thrilling British Grand Prix.

Rins would end the campaign fourth in the riders’ standings.

Suzuki had made no secret of its desire to retain both Rins and Joan Mir for the next two years, with team boss Davide Brivio recently telling Motorsport.com that everything was “agreed” for both to stay with the team.

Taking to Instagram live on Sunday, Rins confirmed his new deal along with Brivio.

Brivio commented: “We are very happy to confirm Alex Rins as a factory rider of Team Suzuki MotoGP for two more seasons; 2021 and 2022. With this agreement we take our relationship to six years, and we believe that this stability will prove positive for all of us.

"I must say that this agreement was just awaiting a ‘stamp’ on it, because both Suzuki and Alex had the will to continue together and a basic agreement for the continuation was already achieved months ago. So now that everything is done we can finally proudly announce it.

"As a team our aim is to keep the whole working group together and become even stronger, we had a fantastic end of the season last year and this is the starting point we want to rely on when we will be able to start racing again.”

Rins himself added: “My wish was to continue with Suzuki and finally this is what I did.

"I believe that the project has the potential to be a winning one, I have the desire to win, and so we match perfectly. It’s the perfect place for me, and we are working hard all together to get big results.

"I have always believed in the team and for this reason it was easy to get to the basic agreement very early on. Then we took some time to finalise the details and follow all the internal processes."

Mir’s contract renewal has yet to be announced.

Suzuki is the third MotoGP manufacturer to start firming up its 2021 plans, after Yamaha set the rider market into motion in January when it confirmed Maverick Vinales and Fabio Quartararo for its works team line-up in 2021.

Honda stole the headlines in February when it announced it had secured six-time world champion Marc Marquez for four more years in a deal rumoured to be worth €100 million.

Ducati was known to be interested in both Vinales and Quartararo, as well as Mir, but is now facing a shortage of options outside its own stable of works-contracted riders.