Rins: Marquez has "no respect" for other riders 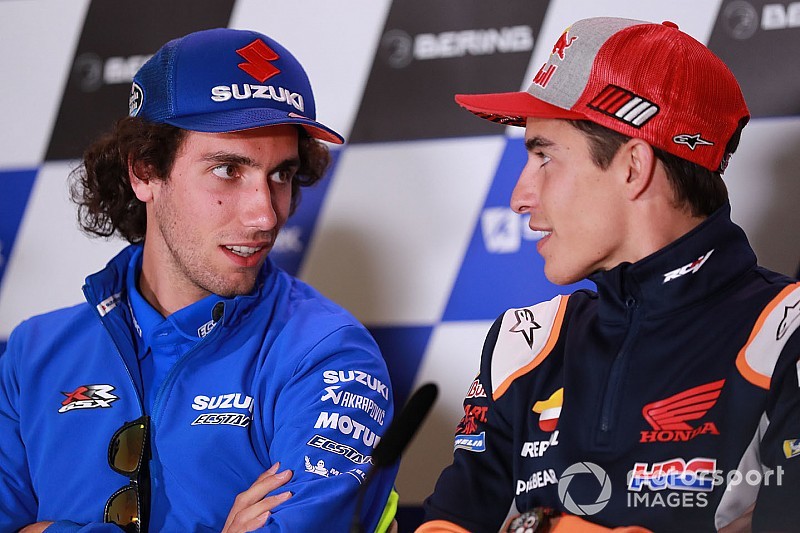 Alex Rins has accused reigning MotoGP champion Marc Marquez of having "no respect" for his rivals after their run-in during Czech Grand Prix qualifying at Brno.

Marquez and Rins met on track early in Q2 when the former ran wide at Turn 5 while being shadowed by Jack Miller's Pramac Ducati and Rins' Suzuki.

While Miller moved ahead of Marquez without drama, the Honda rider did not allow Rins to pass, and the pair almost came to blows in Turn 7 as Rins tried to force his way up the inside.

Marquez stuck to Rins' tail and then repassed the Suzuki by braking late into Turn 13 before both ducked into the pits, at which point Marquez slowed to allow Rins to pass and gently nudged his countryman as the two ran side-by-side in the pitlane.

The championship leader went on to qualify on pole by a crushing margin of 2.5 seconds on a drying track using slick tyres, while Rins was sixth-fastest.

Recalling what happened with Marquez on track, Rins said: "It’s a tricky thing, no? Because for sure he’s now one step ahead of everybody. He put the slick tyre on and he was super-fast.

"But I think he has no respect for the other riders. He is riding on his way.

"On Turn 5, he went a bit wide, and behind him was Miller and me. When we went wide, he looked behind and he saw Jack and me. Jack passed him, but he went [back] into the [racing] line. And sincerely, he disturbed me.

"I was pushing, I was not super-fast but I was pushing, so on the next left corner [Turn 7] I tried to do my line, he opened a bit the door, I go in. I touch him but I think it’s his fault, if he is riding slow he needs to open the door and that’s it, no?

"Then on the last corner he braked super-hard to overtake me. Nothing more. Entering the box, what happened was I was in front of him and I go straight and he has no space to go by my side. If I was him, I [would be] cutting the gas, and it’s [straight to the] boxes, no?"

Asked if he felt Marquez was trying to intimidate him, Rins replied: "Can be, yes, because it’s not the first time. Everybody knows Marquez, and everybody knows he has an incredible talent.

"But also what happened in FP1 with [Maverick] Vinales was more or less the same. Marc loves to play this game and try and get in the head of his rivals. But in my case, I’m very calm."

He added: "For sure if I am fighting for the world championship with him, I would try to do something [to play with him], but he’s 80 points in front of me. Maybe he’s scared, I don’t know!"

Marquez had the opportunity to respond to Rins' accusations in the post-qualifying press conference, but downplayed the conflict between the pair.

“I went wide at Turn 5 and then Jack overtook me, because I checked behind and I only saw Jack," he said. "And then I tried to follow Jack because I know he had good pace on wet tyres in FP4.

"And then at Turn 7 I went a little bit too wide, there was a small space but enough and [Rins] overtook me with contact, but this is racing.

"The funny thing was when we go in the box, there was tyres there and I didn't have the space because he was going on that way – I don't know if it was intentional or not.

"But then just for me it was not important. I lose zero time [thinking about] this kind of thing." 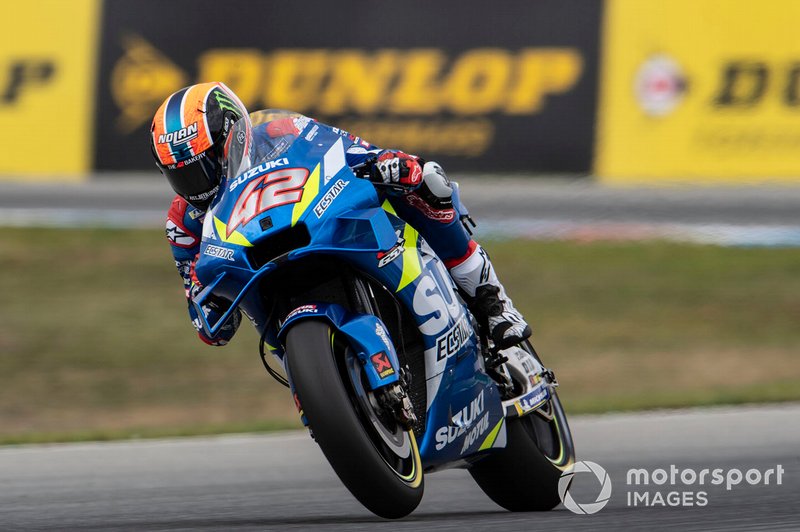