Franco Morbidelli and Joan Mir have both pointed the finger at Johann Zarco for causing them to crash on the opening lap of MotoGP's Czech Grand Prix.

Both Morbidelli and Mir were first-lap casualties at Brno, both the Petronas Yamaha rider and Suzuki rider tumbling at Turn 4.

The incident was the result of contact between the KTM of Zarco, who had plummeted from his third-place grid slot to outside the top 10 in the opening turns, and Morbidelli, who fell into the path of Mir.

Morbidelli described Zarco's move as "non-elegant" and suggested there was an element of frustration on the part of the Frenchman after his bad start.

"Maybe Johann was a bit frustrated and decided to make a non-elegant move on me," said Morbidelli. "We all know that neither elegance nor fair play are Johann’s strong points.

"I was on the outside, I was in front and trying to make my corner. Apparently Johann felt the need to get a bit more space and make a bit more space for himself or just decided to hit me, I don’t know.

"This just made me end on the ground and ruined my race and Mir’s race."

He added: "I clearly understand he [Zarco] was frustrated, because he had an awful start. He lost a lot of positions and he did a move dictated from the frustration, I guess.

"I was the one that there, unfortunately. As I already said, we all know Johann is not the cleanest or most elegant rider. But I’m not complaining too much, this is racing." 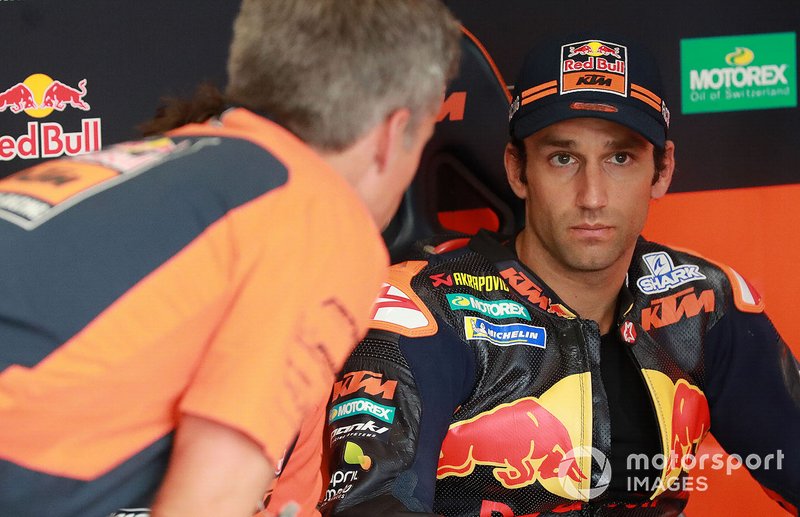 Mir said the accident cost him the chance of a potential top-five finish based on his pace in warm-up, in which he was seventh-fastest.

"Was a shame because after the warm-up, that was the third practice [of the weekend] in dry, we were able to have a good setting," said Mir. "I was able to be fast and really constant.

"Then on the race, this is what happens when you start on the back, but what can I say?

"I was overtaking positions, then on the fourth corner I think Zarco or someone crazy touch Morbidelli, and then Morbidelli crash and he hit my wheel, and that's it."

Zarco himself said he didn't see Morbidelli's bike to his outside, as he was focused on the bikes of Fabio Quartararo and Aleix Espargaro ahead of him.

"I remember seeing Fabio and maybe also Aleix, I was behind them in Turn 3," said the KTM rider. "I was braking, I could not go inside, so I was a bit outside.

"But then it’s true I made contact with Franco. I think Franco tried to close [the line], but I was totally [leaned over] on the right side of my bike, not even seeing him.

"I felt the contact and I didn’t know if he crashed or not. It looks like he crashed, so [I'm] sorry for him." 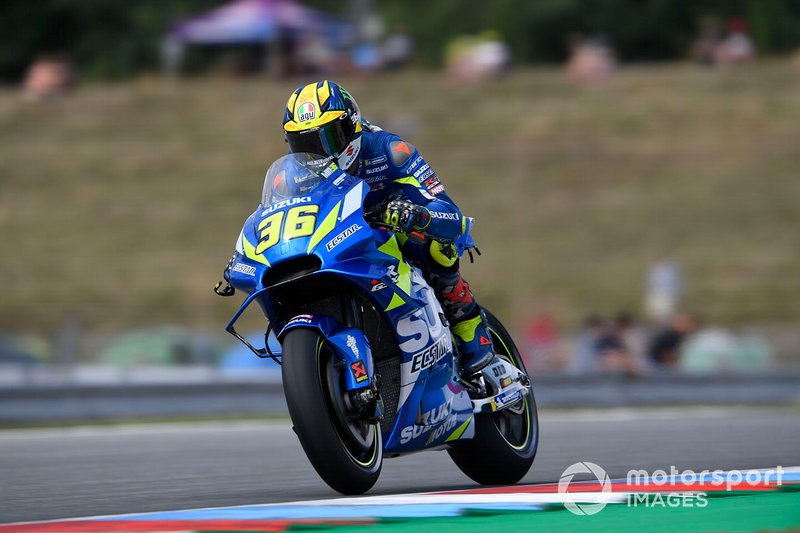 Marquez was "afraid" of Yamaha charge in Brno race