Suzuki’s Joan Mir says he ‘doesn’t respect’ the penalty he was given for a last-lap clash with Ducati’s Jack Miller in Sunday’s MotoGP Grand Prix of the Americas.

Mir and Miller were debating sixth place when the Suzuki rider made contact with Miller at the Turn 15 left-hander on the final tour, forcing both out wide and allowing Avintia rookie Enea Bastianini to score sixth.

Race Direction subsequently demoted Mir one position for the clash, dropping him to eighth behind Miller.

Both Miller and Mir have come to blows before in 2021, with the pair making contact in Qatar at the start of the year – and Mir joked the Stewards present at COTA must have been “on holiday” for the former incident.

He apologised for the contact with Miller, but feels he had no choice as the Ducati rider was using “strange” lines and believes the penalty he received was unjust.

“Well, first of all I want to apologise because I don’t like to create contact in overtakes,” Mir said when asked by Motorsport.com to explain what happened with Miller.

“This is the first thing. I was struggling a lot to accelerate, I could not overtake.

"He was a lot slower than me and I had to wait to the last laps to prepare something.

“I did a great manoeuvre in the first sector on the chicanes, I was able to overtake him in a very good way, but then we arrived to the straight and he just overtook me and gave me a couple of tenths [to claw back].

“Then he was just closing the lines, he was not caring about riding, he was just inside the corners, almost straight. But it was a little bit strange.

“In the left one [T15], on that corner it’s a good corner to overtake, then I took the inside and then he in the second part of the braking he [closed the door] and he just made a really tight line that I didn’t expect it.

“I touched the kerb to try to avoid the impact, then I touched him a bit. Luckily, we didn’t crash.

“I think the penalty is completely… I don’t understand it because if all the races are like this you don’t overtake – you just don’t try. The racing will lose its essence.

“Probably the Stewards were not the same ones as in Qatar with what happened to me and Jack, they were probably on holiday. I don’t respect the decision of Race Direction.”

Miller had stern words with Mir on the cooldown lap at COTA, but didn’t later go into much details on the clash – only that it was a “recurring” thing for him.

“What happened was on my last lap, I was last week in Misano, and once again I got hit out and we got passed by two guys,” Miller said.

“So, it is what it is, Race Direction did what they did. There’s not too much to say about it, it’s just a recurring incident.” 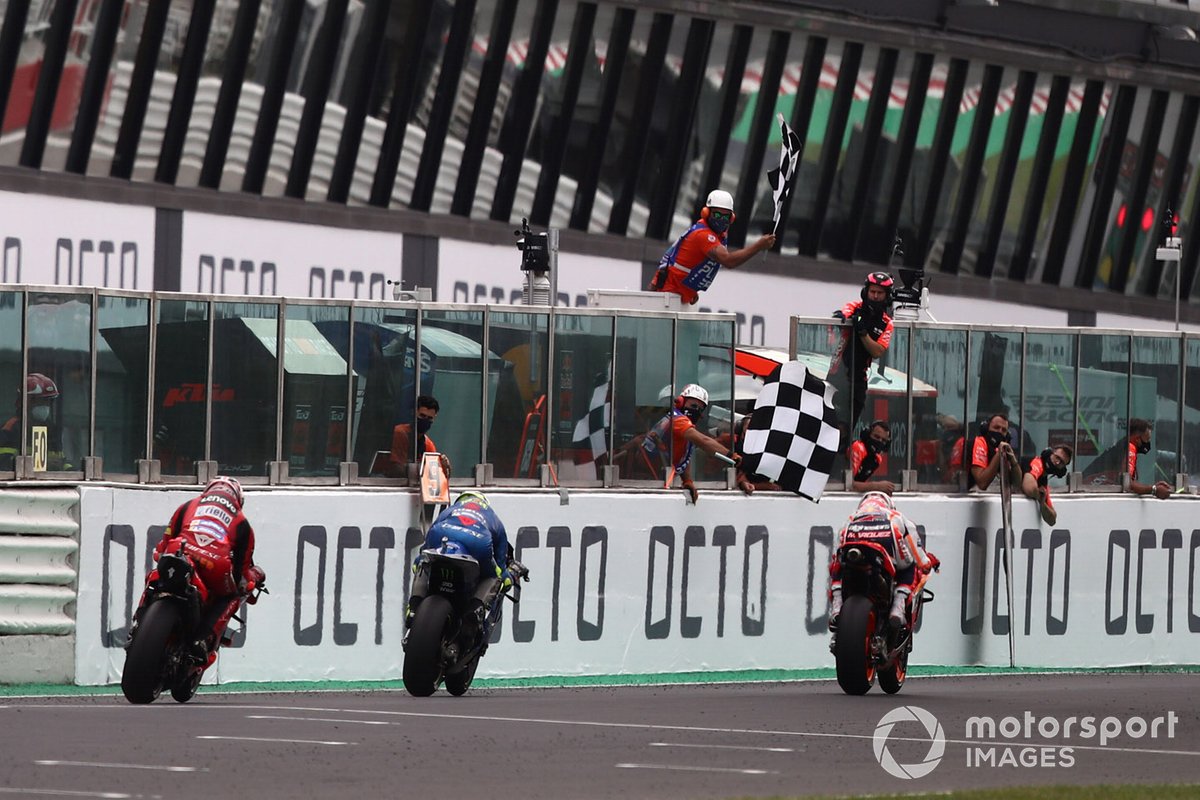 Quartararo "won't get obsessed" with sealing title at Misano