Newly-crowned 2020 MotoGP world champion Joan Mir says people who suggest that his title has been devalued because of Marc Marquez’s enforced absence “don’t know much about motorcycles”. 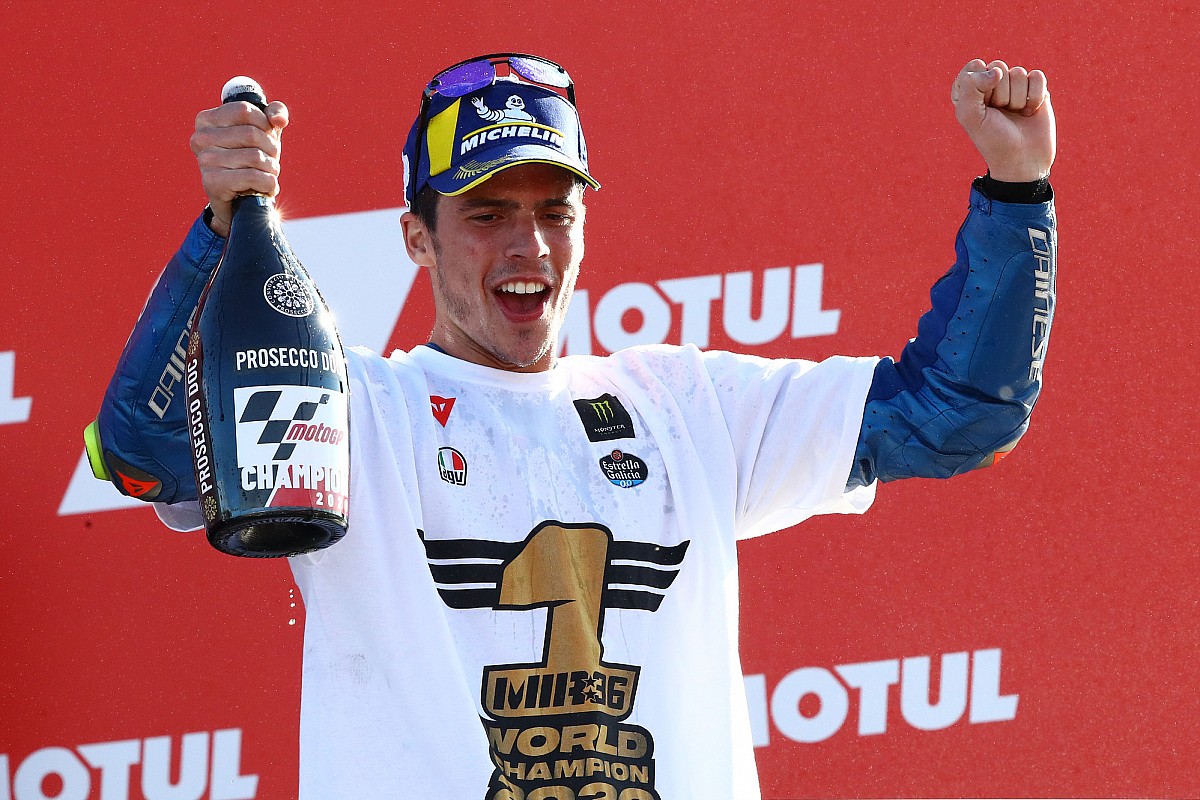 Mir finished Sunday’s Valencia Grand Prix in seventh position, having started 12th, which was enough for him to seal the 2020 title with a round to spare.

The Suzuki rider’s triumph comes in one of MotoGP’s most unpredictable seasons, which began with reigning champion Marquez being ruled out through a broken arm suffered at the Spanish GP. At the time, this caused some to question the legitimacy of the 2020 title, though Marquez himself refuted this back in July.

Mir has been the most consistent campaigner in 2020, scoring seven podiums in 12 races – including a maiden victory last weekend in the European GP.

When asked about what he made of claims of illegitimacy, Mir replied: “People who say this, it’s because they do not know much about motorcycles. Marc is not here because they have kidnapped him, they have not gone to his house to kidnap him and he has disappeared.

“Marc was in the first race, risking to win and trying to win the championship, and he made a mistake that cost him the season. That’s it. That this [Marquez’s absence] detracts from the title? Well, it would be necessary to detract from many titles of other riders during history that they won when, in theory, the favourites fell and were not champions.

“This is part of the game, of the sport and of MotoGP. I do not consider this title has less merit to have achieved it because Marquez is not there when he has been injured.”

Honda confirmed earlier this week Marquez would not return to action in 2020, with reports in the Spanish press suggesting he may need a third operation on his injured arm.

Mir’s title is the first for Suzuki in 20 years and makes him just the fourth Spanish rider after Alex Criville, Jorge Lorenzo and Marquez to have won a premier class crown. The 23-year-old also joins an elite list of Barry Sheene, Marco Lucchinelli, Franco Uncini, Kevin Schwantz and Kenny Roberts Jr to have won the premier class title with Suzuki.

Yamaha “didn’t have anything” to fight for MotoGP title – Vinales