Yamaha “didn’t have anything” to fight for MotoGP title – Vinales

Maverick Vinales concedes Yamaha “didn’t have anything” to fight for the 2020 MotoGP title in latter part of the season, following Joan Mir’s championship success at the Valencia Grand Prix. 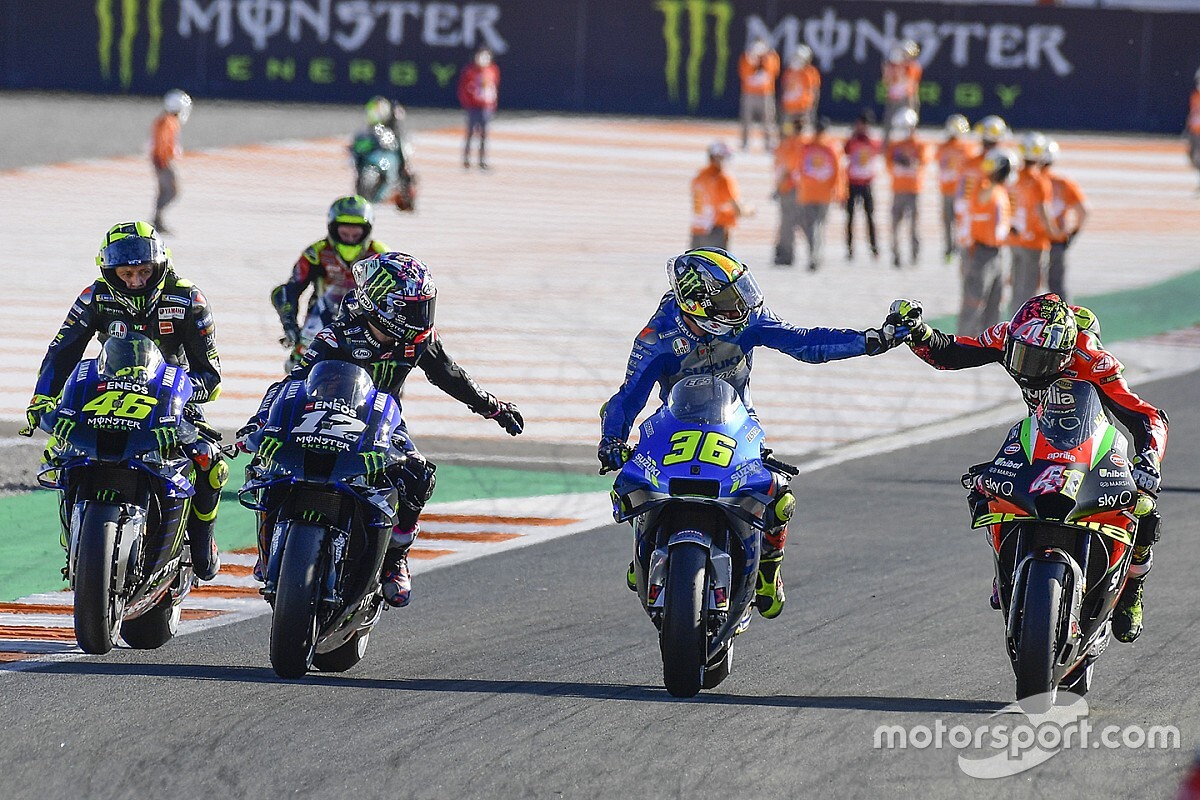 Suzuki rider Mir finished Sunday’s race in seventh position to clinch the 2020 title with a round to spare with an advantage of 29 points.

Vinales came into the Valencia GP 41 points adrift of Mir, and in need of a top-two result to keep his hopes alive, but could only manage a distant 10th. Vinales admitted he had nothing for the Suzuki rider having not scored a podium since his Misano win back in September.

“I congratulated him,” he said when asked if he’d said anything to Mir. “They [Suzuki and Mir] were really good, really strong. It’s a shame we make a zero, but anyway what we showed at the end of the season was we didn’t have anything to fight for the title.

“So, honestly I cannot say too much. I just want to congratulate him because he did super-well and that’s it.”

When asked by Motorsport.com if Vinales had been able to find anything with his bike for the race, he admitted 10th all he had.

“I think this was the maximum we could do today,” he added. “For sure, we are far from the other bikes, but anyway I remain positive. I’m doing my job, I try to give the best information I can and now we are thinking to Portimao.”

Petronas SRT’s Franco Morbidelli scored his third win of the season on the 2019 M1 having led for almost the entirety of the 27-lap contest. Vinales says he wants to use the 2019 bike next year, but hasn’t asked Yamaha for that and is unsure if the rules would permit this, having struggled so much on the 2020 M1.

“I don’t think [about Morbidelli] too much honestly,” said Vinales. “I try to do the job and go home happy and that’s it. I wish we could use [the 2019 bike] for next season, but I don’t know if it’s possible.