Ducati’s Jack Miller is “sick” of his MotoGP qualifying being compromised by issues with Michelin’s soft rear tyre after ending Saturday at the Grand Prix of the Americas only 10th on the grid.

Miller monstered the field in FP3 at COTA on Saturday morning by over six tenths, putting him in a firm favourite slot to take pole for the first time this season.

Having topped FP4 with a 2m04.028s on a hard rear tyre, Miller could barely improve on this by three tenths on his best Q2 lap on a fresh soft.

Setting a 2m03.720s on his first tyre – which he suggested was already problematic – he was a second slower on the second fresh soft he used at the end of Q2, and could do no more than 10th, while Ducati teammate Francesco Bagnaia scorched to a third-straight pole.

Miller has repeatedly struggled for rear tyre grip on Saturday afternoons – while many others have been affected in both qualifying and races this season. Although he wouldn’t explicitly blame the problem on Michelin’s rubber, his anger was thinly veiled.

When asked by Motorsport.com why this seems to be affecting him more than anyone else in 2021, he added: “Like you said, it’s happened a few times and I can tell you one thing I’m getting f***ing sick of it. Anyway, we go forwards, hopefully it doesn’t happen tomorrow. 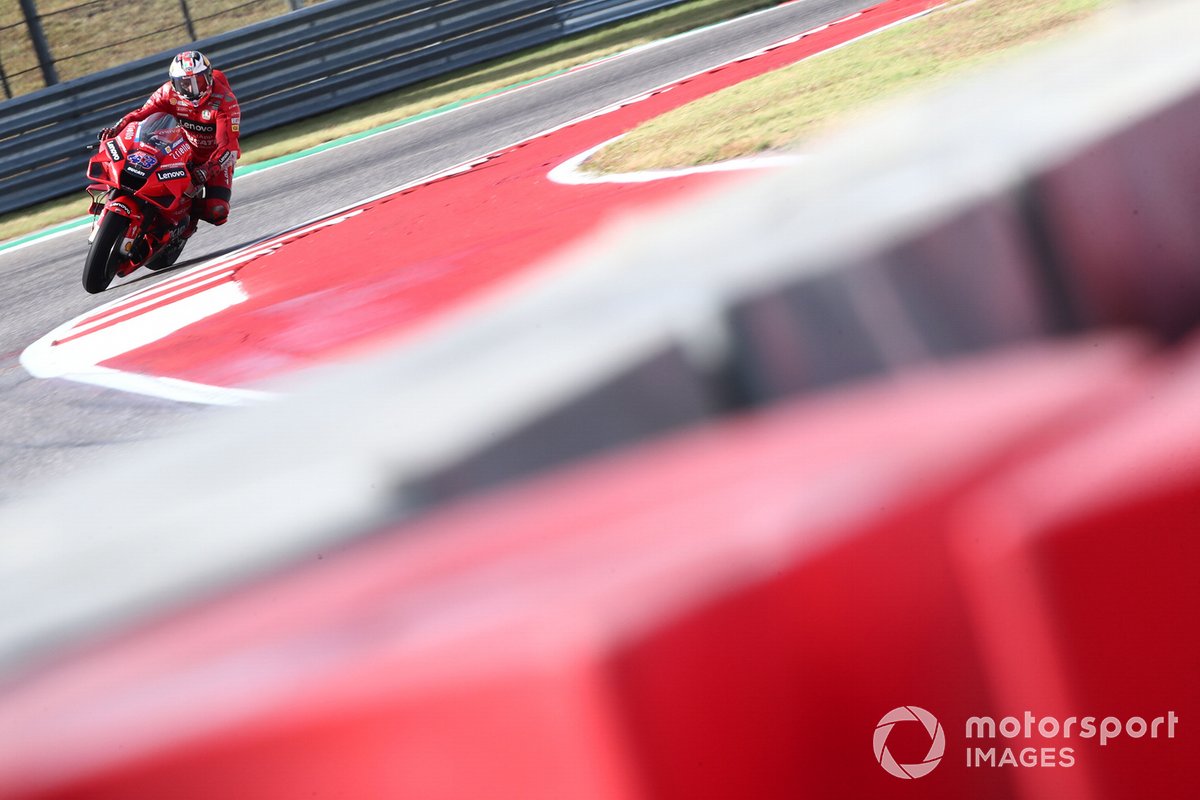 He later said: “Even though I want to, it’s not something we will comment on at this point. It’s just I wasn’t able to do what I was able to do, and that’s about it.

“I treated both runs equally, completely equal. I ran out of time on the last run, I would have tried to get one more lap at least to try and tidy something up. But didn’t have time, but apart from that as soon as I went on track I tried to push my maximum and it didn’t work.”

Michelin stated after qualifying that its initial analysis showed Miller’s out-lap was 20s slower than normal on his second run, which may have partly caused his issues.

"There was one complaint after Q2, but based on the immediately available data we note that there was a 20-second slower out-lap than normal for the 2nd run, so any perceived lack of performance could be attributed to the subsequent reduction in tyre temperature and pressure (which we need to confirm later after detailed data analysis) for the single time attack lap,” Michelin said.

"In addition, the biggest contribution to the lap time appeared to be the loss of 8 tenths of a second in sector 2. Run 1 was similar to Pecco’s first run in terms of lap times."

Miller’s race pace in the FP4 session was strong, and he has taken solace in the fact that Andrea Dovizioso managed to rise from 13th on the grid in 2019 to finish fourth for Ducati.

“It’s not going to be the easiest race, but if you look to what Dovi did a couple of years back here, when we raced last, I think he was in Q1 and was able to come through fourth,” Miller said. “There were a few crashes and whatnot that day, but I feel like I’ve got good speed, good potential, I feel good on the bike.

“We just need to get away cleanly, which is the most difficult thing back there, especially with the Turn 1 like we have.

“Then for the rest just try the maximum to get in with those guys at the front and stay there.”