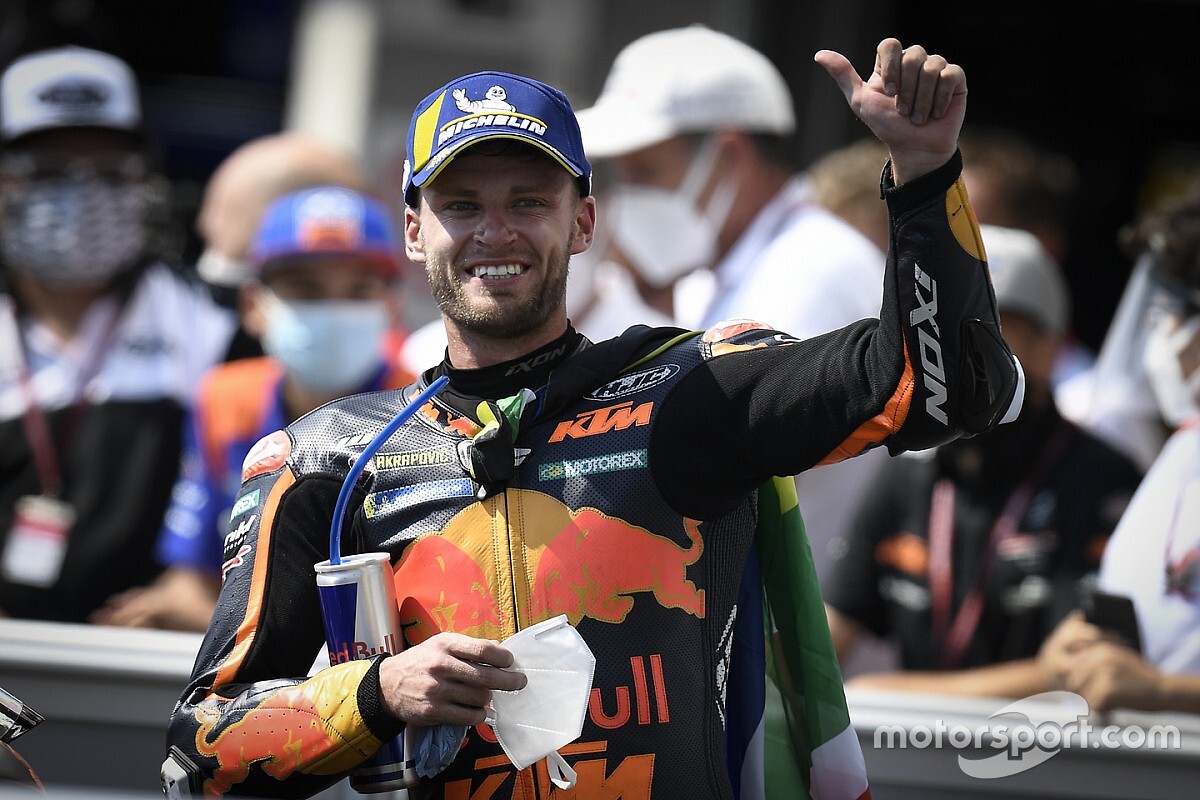 Binder stunned on Sunday at Brno by charging to the front of the Czech GP on lap 13 to score his and KTM’s first MotoGP victory - and by a dominant margin of by 5.2 seconds

The MotoGP rookie showed great pace during practice and qualifying for the two Jerez races last month, but two mistakes ruled him out of possible podium contention.

Now the first rookie winner since Marc Marquez in 2013, Binder was left stunned by the result.

“Today, it was the most incredible day in my life so far,” he said. “It's that day I've dreamed of since I was a child.

“Gosh, for it to come true in my third grand prix is scary. I honestly, I can't believe it.

“It's been from the day of starting in the Red Bull Rookies Cup, it's just been a consistent grind trying to get [here].

“And you know, I came through all of the class through with Red Bull KTM. We’re on top and we finally won in MotoGP.”

The RC16 looked to be one of the most settled bikes during a Czech GP tough on tyres, with both Binder and teammate Pol Espargarao in the podium hunt before the latter’s crash.

But Binder says he was in a “completely different boat” after Friday’s practice, though his team was able to turn around the situation to allow him utilise his “insane” bike in the race.

“On Friday we were in a completely different boat,” he said when asked by Motorsport.com why the RC16 worked so well.

“I could barely touch a throttle and I felt like I was going to get flicked up in the air.

“So, Friday night the guys did their home work and before I left the track I remember speaking to my crew chief and the boss Mark and said ‘don’t stress out, tomorrow they will sort it out’.

“And they did. Yeah, from FP3 already my bike was so much more stable and I just felt really, really good.

“It also comes a lot down to just the guys put together an amazing package. This new bike is insane.

I’ve been telling the guys since the first time I rode it. I said ‘guys, this thing is not bad’. Definitely see a big advantage when I ride with the other guys.

“For sure we have places where we struggle a bit more than the others but where we are strong we have a big advantage.

“To have it pay off in the race today it’s insane. “I can’t thank my team enough, I can’t thank everyone that has helped me get here today and I look forward to many, many more.”